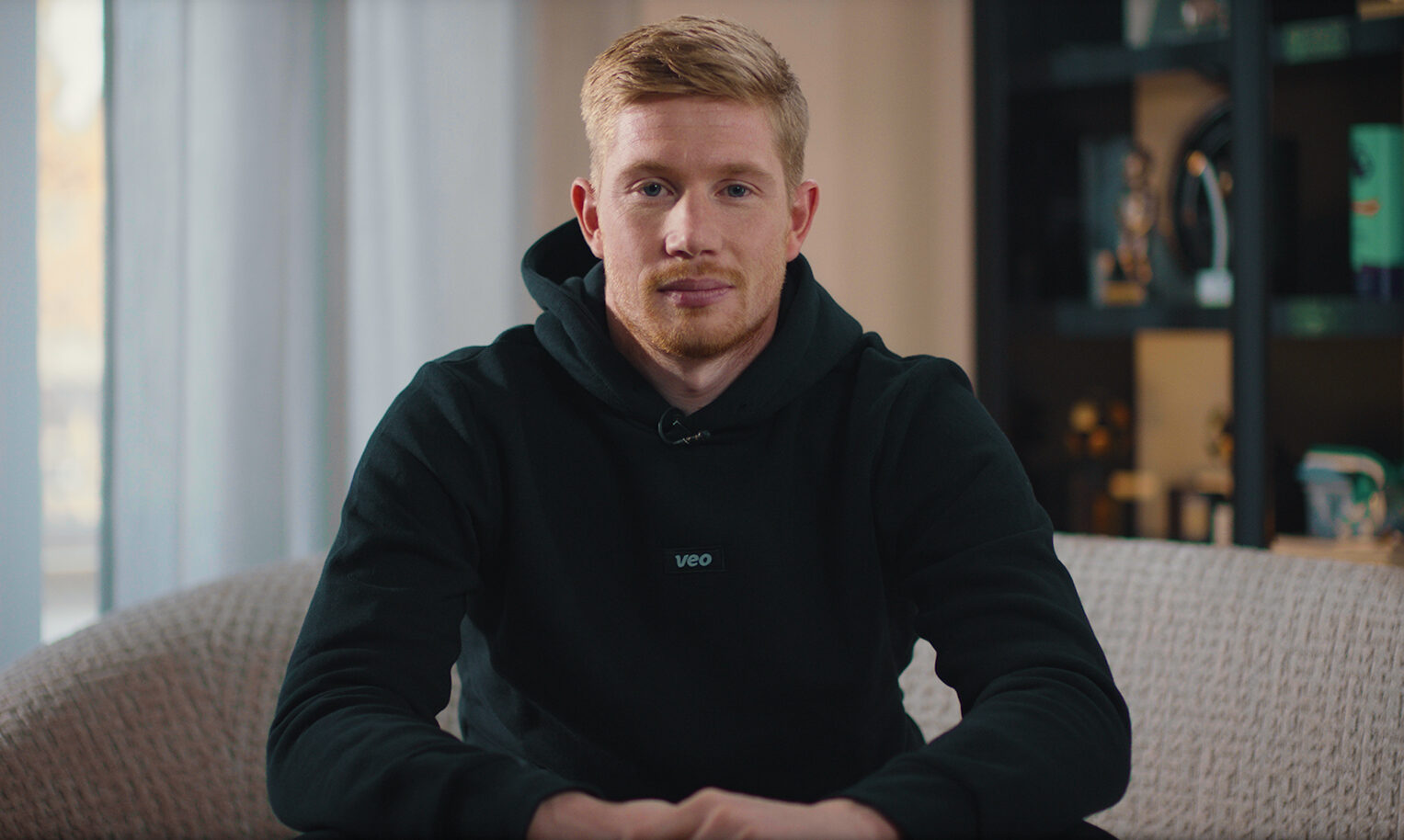 Innovative AI-powered sports camera company Veo has just become the title sponsor of the KDB Cup for its next two editions.

After kicking off in 2016 in De Bruyne’s hometown of Drongen, the next edition will be supercharged with Veo’s green cameras, backed with advanced AI technology, set to capture all of the games at the
tournament.

Coaches and players from Europe’s best U15 academy teams having an opportunity to analyse their matches and share highlights using the Veo platform. Parents, friends, and fans who are unable to travel to the international tournament will also be able to follow their favourite players and potential future stars.

Sepaking about Veo linking up to partner with the KDB Cup, Kevin De Bruyne said: “Veo will help the KDB Cup take the next big leap; it’s creating a platform for young players and coaches to do in-depth analysis, while also making the tournament more reachable for family, friends, and supporters around the world. It’s a no-brainer for everybody.”

This year’s participants include Manchester City and Chelsea from the U.K., Barcelona and Real Madrid
from Spain, Borussia Dortmund from Germany, Ajax from Holland, PSG and Lille from France, and
Anderlecht, Gent, Genk, and Club Brugge from Belgium.

Previous high-profile visitors to the premier youth tournament include Pep Guardiola and Roberto Martínez, with ballers like Eric Garcia, Jamal Musiala, and Ansu Fati having also participated as players.

The 2022 KDB Cup is set to take place the weekend of 28-29 May. Tune into Veo’s socials during the tournament to take in the next generation of talent.