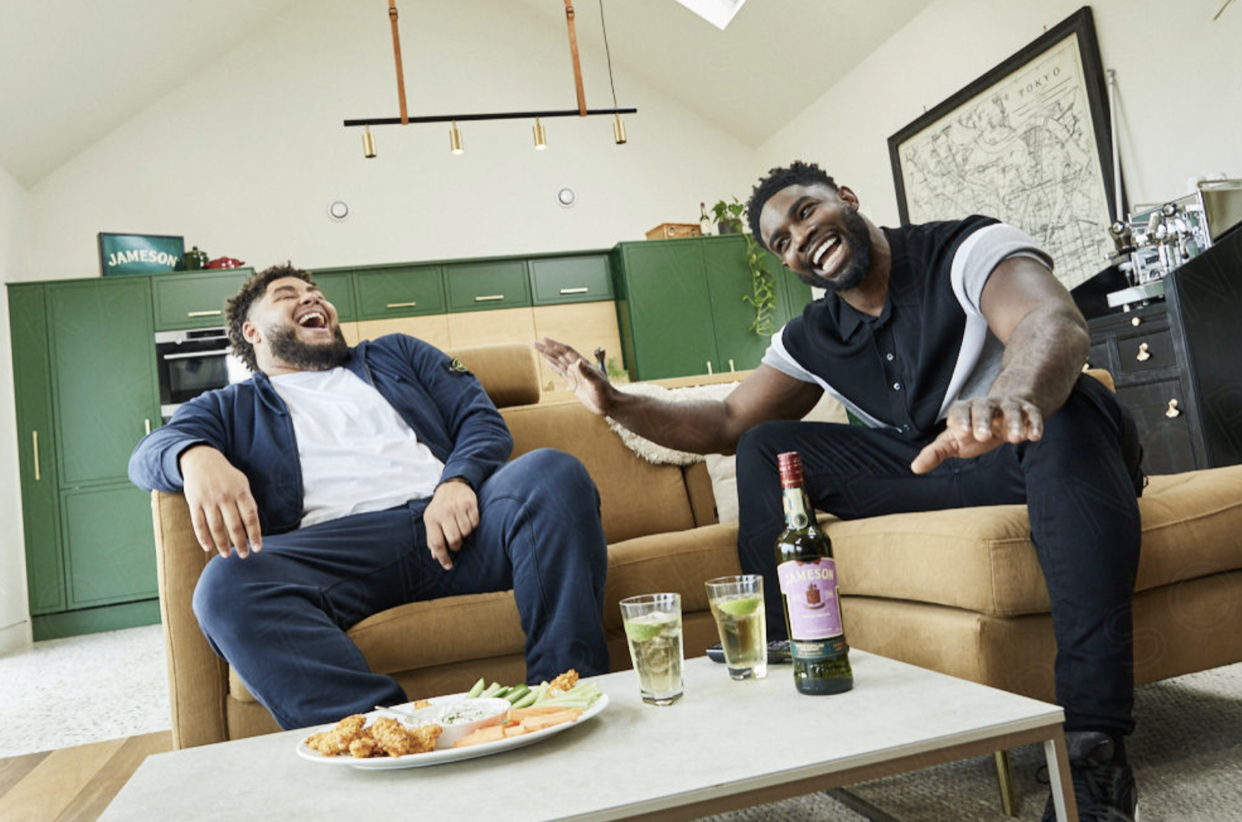 Big Zuu and Micah Richards are linking up for a new five-part series with Jameson Whiskey that sees the duo prepare matchday meals and cocktails, while sharing stories about the ex-Man City player’s most memorable moments.

The series is inspired by a new range from Jameson called ‘The Dream Team’, five limited edition whiskey bottles that represent pro players and managers: ‘The Gaffer’, ‘The Socialiser’, ‘The Pro’, ‘The Stirrer’, and ‘The Pundit’ – with Micah telling personal stories about each set.

The first episode sees Micah reveal how he almost squared Mancini in the head with sandwiches, but this was only because of a mistake by Kompany which Micah wrongly thought the legendary ex-Man City captain would own up to, saying “Kompany, he’s a man of honour, he’s gonna go back in there (changing rooms) and tell them”.

In a year that is jam packed with incredible football, Jameson Whiskey is continuing to cement itself as “the spirit” for the football fan to share with their mates on game day. The five limited edition bottles aka ‘The Dream Team’ are available now, and are based on the five personalities that are discussed throughout the content series, with unique football shirt designs on each of the bottles.