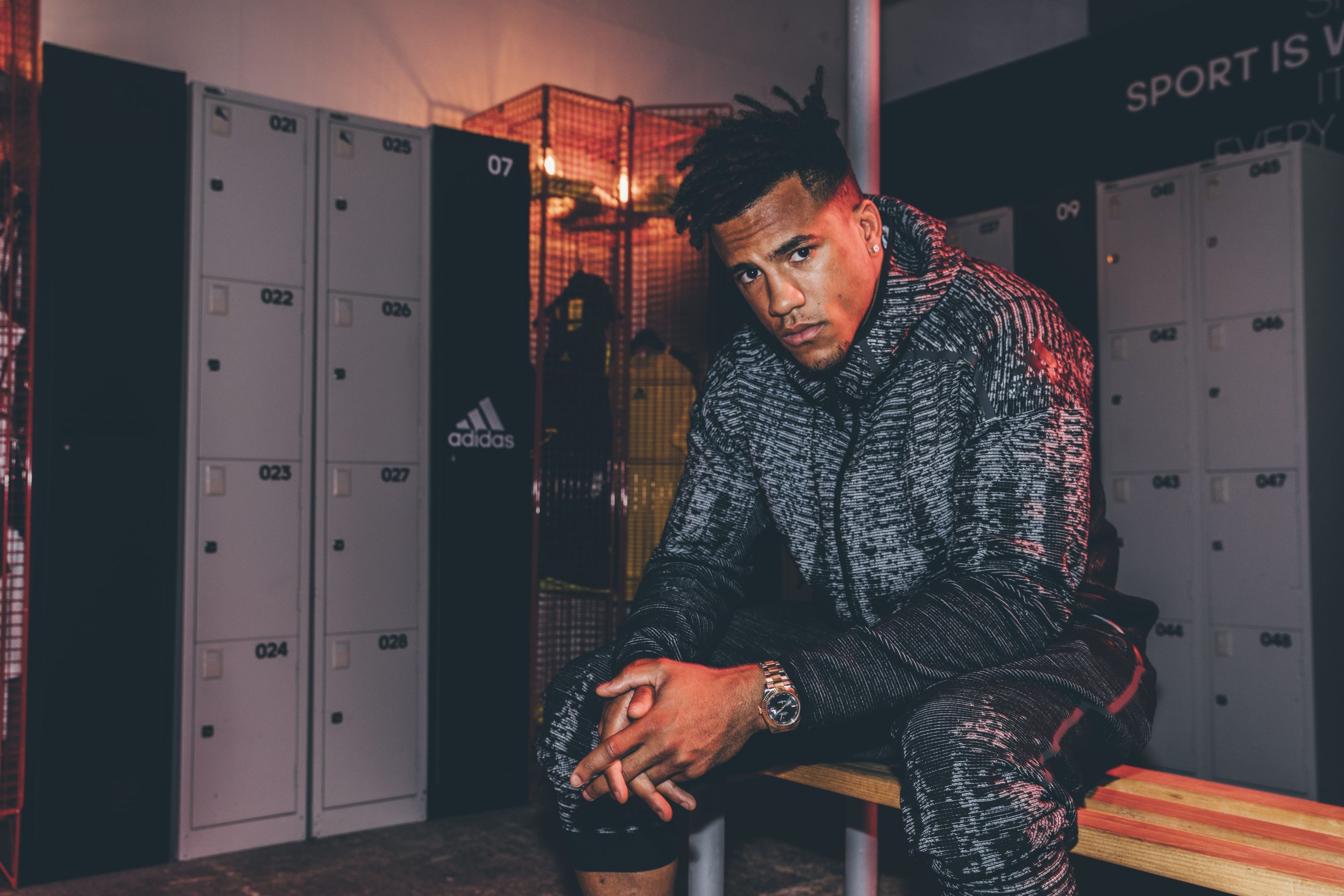 “I swear sports and music are so synonymous, ’cause we want to be them, and they want to be us.” — Drake

For this instalment, we caught up with Bath and England Rugby player Anthony Watson to put together a playlist fit for the new season.

VERSUS: What’s on play at the moment?

Anthony Watson: At the moment, 21 Savage is my go to. Issa, the album, love that at the moment. ‘Bad Business’ and ‘Bank Account’, those two are on play at the moment, for sure. Who else? Rae Sremmurd, their new stuff is sick too. When I was tour I was listening to a lot of old-school 2Pac, just mixing it up. Nav and Metro Boomin, their new album is pretty sick, 67 too. I like the way they’re branching off and featuring on other tracks lately. I’ve just heard Dimzy on a track on K-Traps album, Grindin’, I think that’s sick.

Not many would expect 67 to be on the playlist but I also saw you’re following them on Instagram, too.

I’ve been to 67 gigs, they get pretty crazy, and their fanbase are generally younger than both you and I, too. Have you seen them?

I haven’t got to go to many live shows lately, obviously with training, so there’s not many of my favourite acts I have seen live. But still, if 21 Savage was in London, there’s no way I’m not going to see him!

How does music affect your game in the build up?

It’s pretty big to be honest with you, I’m really into it. If you catch me before games, I’m in the changing room listening to music, right up until the last team huddle.

Who’s in control of the music in the changing room, I imagine it’s quite diverse in terms of age and tastes?

On the (Lions) tour we’ve just been on, there was something like a music committee and really, it’s their job to kinda cater for everyone. So, there’s probably a lot of stuff that I wouldn’t listen to but that’s understandable. When I try and slide 67 on that playlist, it doesn’t really go down too well!

To be fair, that’s too much for most changing rooms.

(Laughs) I get that! At Bath, in the gym and stuff, my good mate Johnathan Joseph and myself, we try and take control there but some of the strength and conditioning coaches get wound up, I can’t lie, they’re always trying to plug some of their stuff. 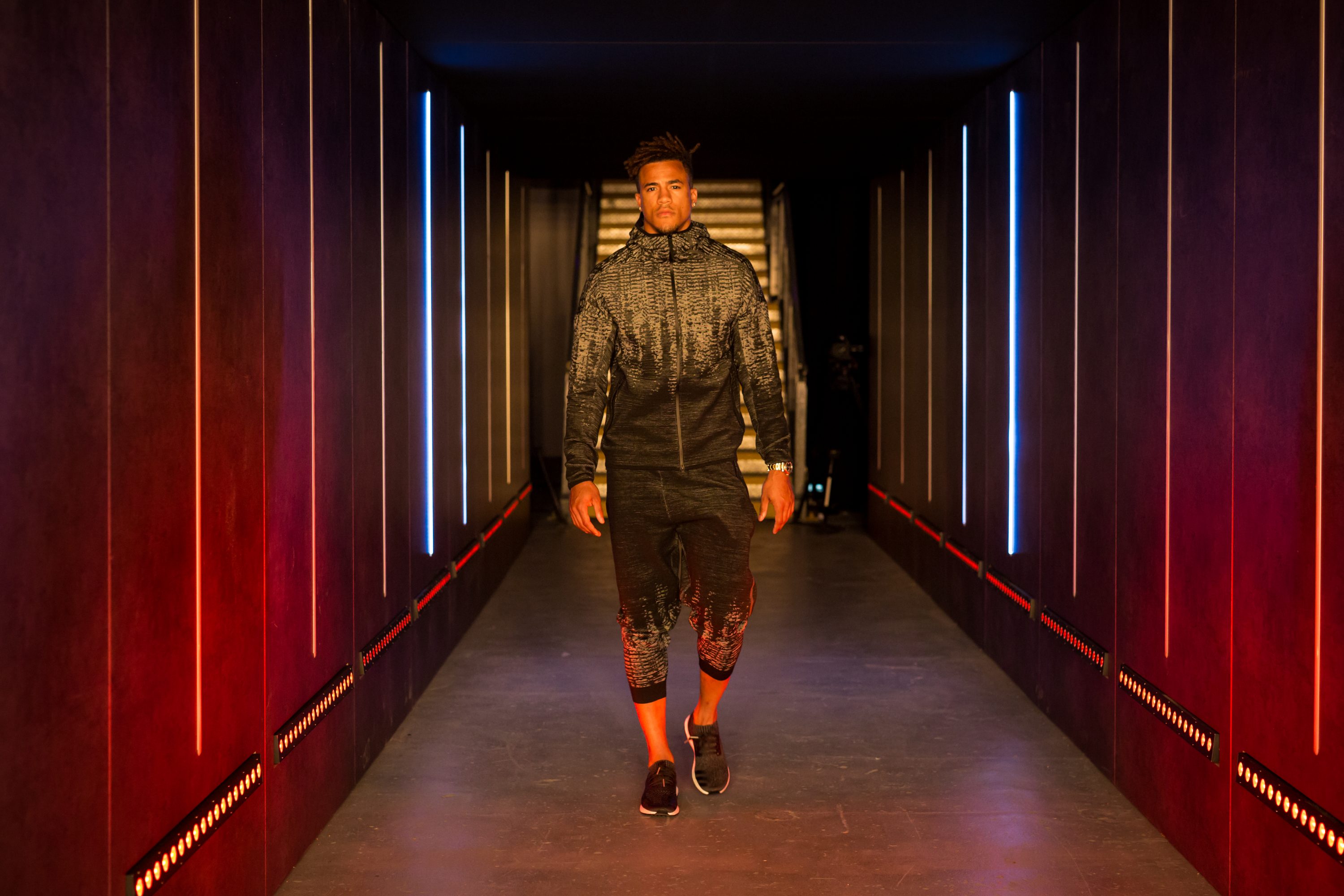 “Conor McGregor, Odell Beckham…I like how they go about their business.”

Amongst younger fans, I’d say JJ and yourself are the current poster boys, for British Rugby and certainly at Bath too, would you agree?

Kind of…I guess. It’s part and parcel of playing with England, you try not to notice it too much.

You follow a range of athletes, from footballers to UFC fighters, do you have personal connection to some or just a fan from a distance?

I have a personal connection with quite a few of them actually, Tyrone Mings is a good mate of mine. The other guys I follow mainly because think they’re pretty cool, Conor Mcgregor, Odell Beckham, those guys, for example, I just really like how they go about their business.

Were you into other sports when you were younger or did you always know your talent was with rugby?

I started playing Rugby when I was maybe four or five. My brother was playing, so I think my parents saw it as a good excuse to get two of their three boys out the house. My dad played too, so it was a bit of a family thing I guess. I did try and switch and play football for a bit, I played for Surrey and Wimbledon’s academy team. I enjoyed all sports but I wouldn’t say I was a good footballer either, I was just pretty fast, that was the main thing (laughs). Rugby was my real first love and ever since then, I’ve just kicked off.

Is there a switch you need to hit to bring down aggression levels after a game? I’ve heard of boxers needed time alone for an hour or so to readjust.

In the position I’m in, it’s not really too physical, I don’t have to get myself into a place where I’m trying to kill people, or something like that! I’m pretty calm before and after the game, to be honest. Everyone tries to lay right on the acceptable borderline, that’s part of rugby. When you play against guys like Fiji, Samoa, even New Zealand to a degree, you know you’re in for a serious battle.