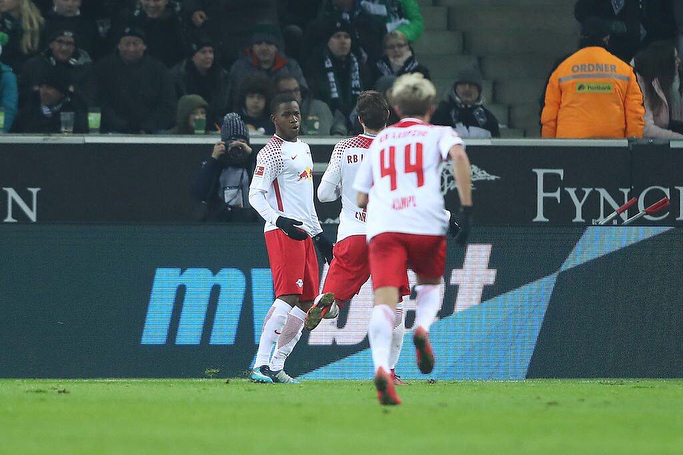 Ademola Lookman described his RB Leipzig debut as “amazing” after scoring a stunning solo effort just 10 minutes after coming off the bench against Borussia Monchengladbach.

The forward was handed his debut three days after joining on loan from Everton, where he’s only been able to take part in one full day of training before the match. Lookman came on and changed the game, picking up the ball from Naby Keita and driving at the defence before drilling the ball in with just two minutes of normal time remaining.

The England Under-21 international became the first Englishman to score in the Bundesliga since Owen Hargreaves in 2005 during Leipzig’s 1-0 win on Saturday.

Not a bad debut 👀 pic.twitter.com/uDItGIotLU

Sam Allardyce had said Everton tried to “persuade” Lookman not to make a move that he thinks is a “big challenge” for the player’s development and that “I hope he proves me wrong.” It’s looking like he already has.

With Reece Oxford, Jadon Sancho and now Ademola Lookman all making the decision to head to Germany, it’s clear that the Bundesliga is giving English kids a chance to develop their game.