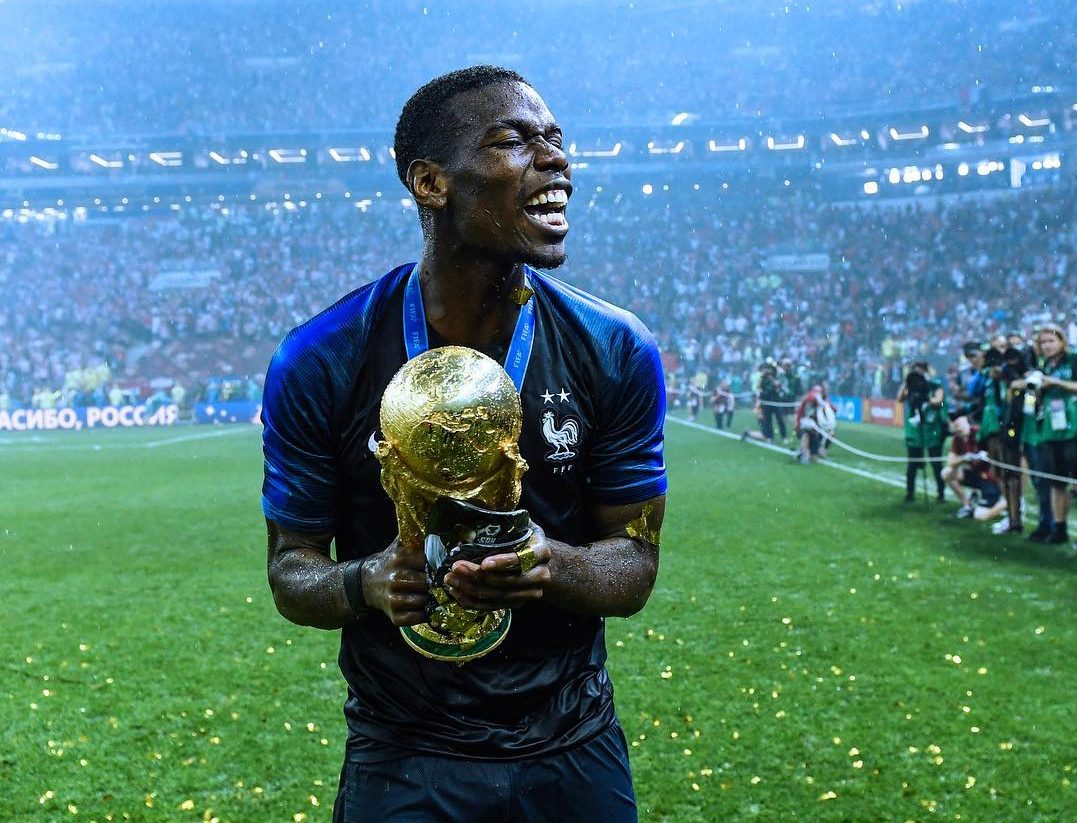 No sooner had the second star been embroidered on the France jersey than the current crop of richly gifted players found themselves compared with the 1998 squad responsible for the first one. Given how striking the parallels between the two teams and their surrounding circumstances are, this is wholly understandable.

Though separated by two decades of history, the French national team of the past, and the one we witnessed mercilessly dissecting opponents on the way to glory in Russia, find themselves inextricably tied to the question of their country’s identity.

After winning the 1998 final against a Brazil side disoriented by witnessing Ronaldo convulse on his hotel bed on the eve of the match, the nation entered a state of euphoria that arguably outweighed even the social-media magnified version of 2018.

Where it was once Blue-White-Red, France’s 1998 World Cup win and the “Rainbow Team” superficially helped the country’s colours become Black-White-Arab, three words that sections of French society told themselves defined a new collective identity. Almost overnight, the slogan “black blanc beur” was born.

Meanwhile, the 98 Final’s man of the match, Zinedine Zidane – the son of an Algerian night watchman – became the face of this triumphantly propagated myth. An image of him was beamed onto the Arc De Triomphe as fans chanted ‘Zidane for President’.

Back then, just as we see now, Les Bleus were comprised of players largely drawn from Sub-Saharan African, North African and African-Caribbean families who were drawn to France from former and existing colonies. The multiracial French national team quickly became the face the country chose to show to the world. French journalist Karim Nedjari states in Netflix documentary ‘Les Bleus‘: “They were like the Beatles – constantly on tour and asked to perform any and all duties. They were asked to perform a duty that footballers should never have to, and that’s politics.” 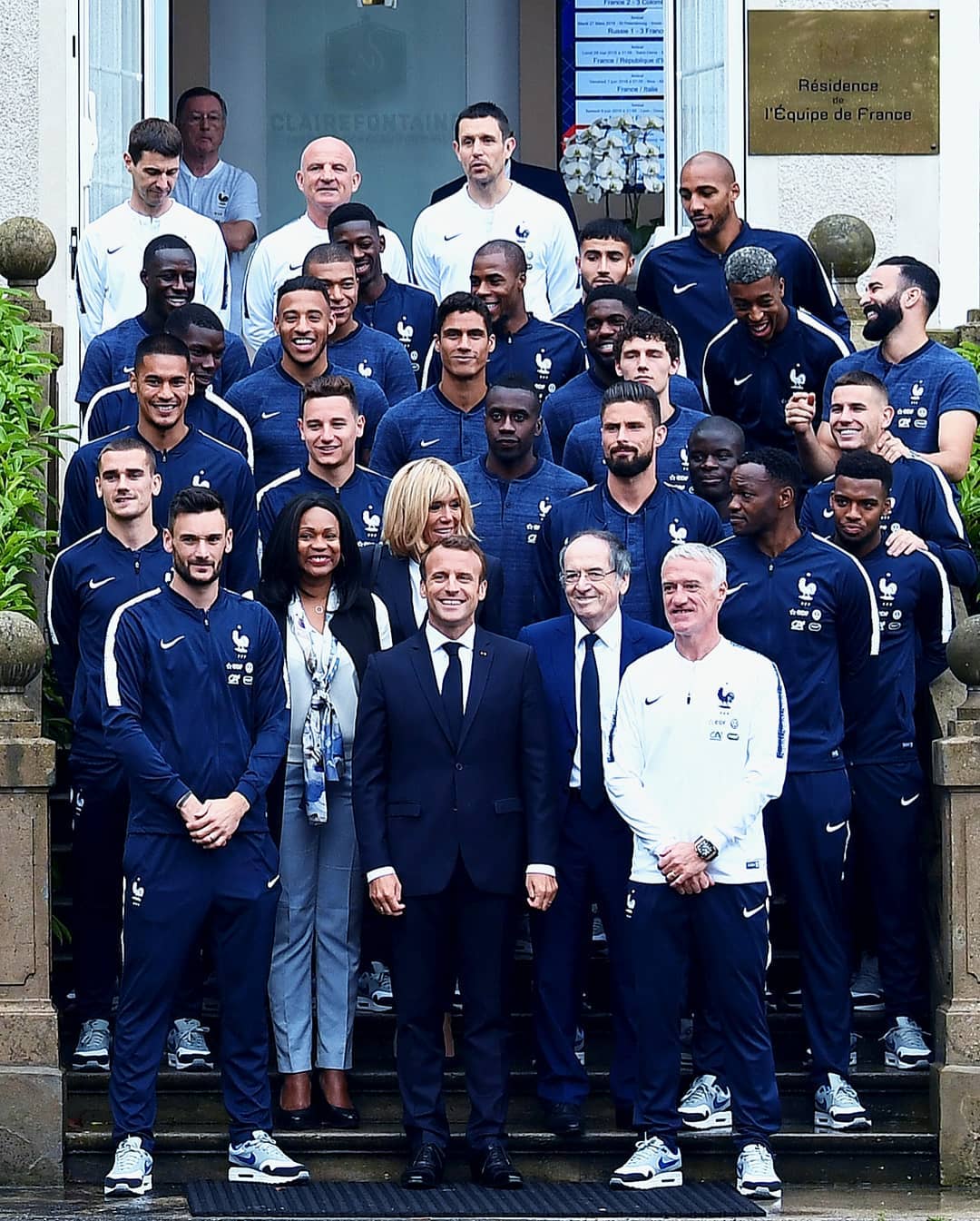 “Politicans continue to use the French national team as a political football.”

While plenty of talk regarding this new era of supposed post-racial harmony rumbled on, it wasn’t followed up by government legislation and therefore not reflected in wider society. The theory that black and Arab French citizens would become as accepted and valued as the Algerian Zinedine Zidane, Guadeloupian Lillian Thuram and Armenian Youri Djorkaeff didn’t work in practice, and the marginalised continued to be just that.

Despite doing little to combat the stigmatisation and marginalisation faced by groups living in the French banlieues – in 2005 Nicolas Sarkozy labelled them racaille, which translates as ‘a plague of thugs or lowlifes’ – politicians continue to use the French national team as a political football. The sight of Emmanuel Macron, fists pumped, blazer discarded, high above the Luzhniki pitch – before clumsily inserting himself into the presentation proceedings – is a virtual replica of the behaviour exhibited by former French President Jacques Chirac who, despite not being able to name a single member of the 1998 squad, opportunistically aligned himself with the team as the country rallied around it. After the victory, Chirac’s approval ratings rose by 7 points.

Belying his youthful appearance, President Macron is unpopular with young people in France: youth unemployment stands at 21.5% and is felt most keenly in the suburbs which players such as Ousmane Dembele and Kylian Mbappé grew up in.

His clear attempt to rebrand himself using the success of the World Cup is understandable, yet his presence amidst the massively multi-racial team is an uneasy one, especially when we consider that in 2017 he stated that Africa was being held back by, “civilisational problems”. That the complexity of the continent’s institutional issues were in part caused by French colonisation went unmentioned. 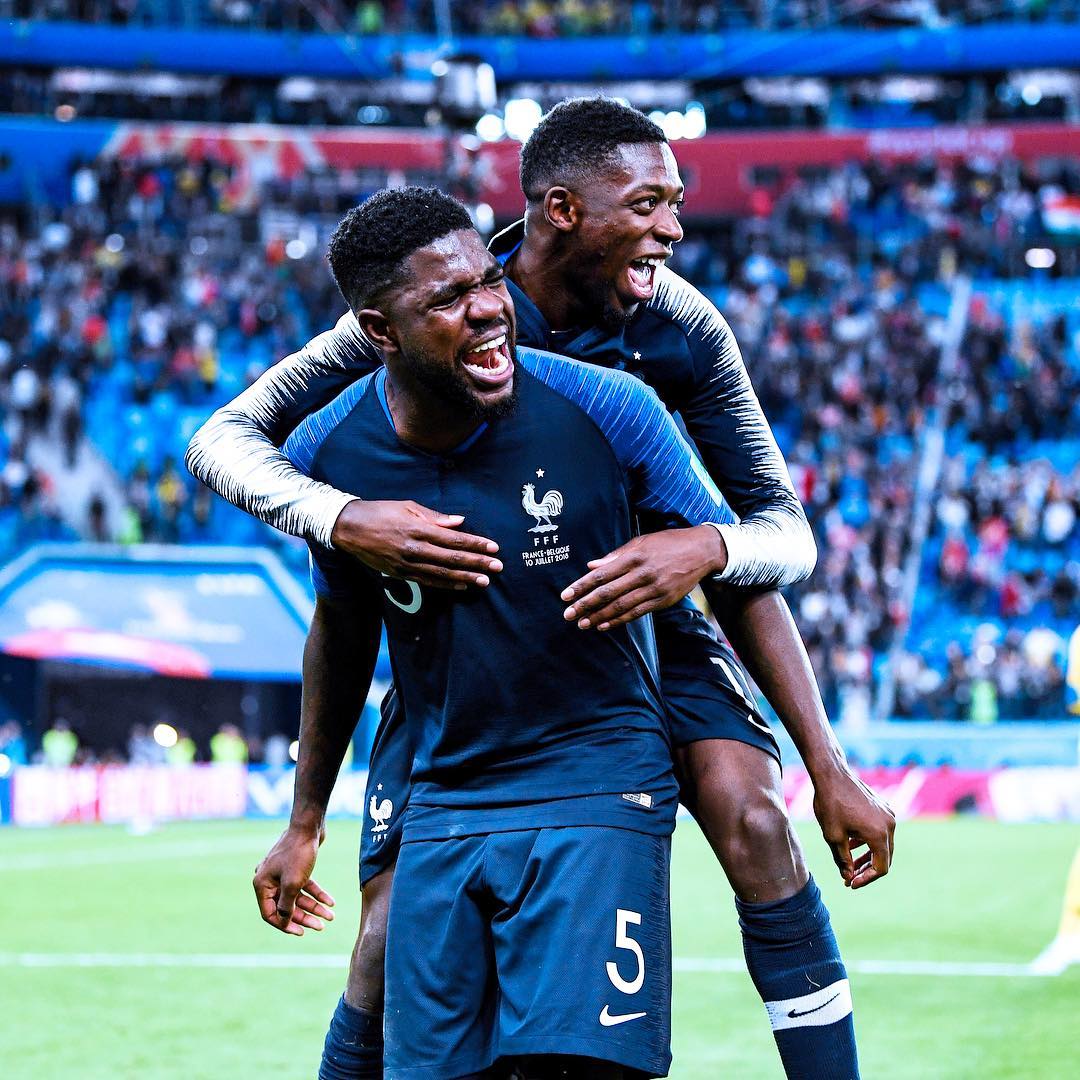 “The team is a symbol of unity but the faultlines in society cannot be repaired on a football pitch.”

While players such as Blaise Matuidi have stated that “the diversity we have in this team is in the image of our beautiful country” and Emmanuelle Petit revealed to the Irish Times that the 1998 squad were acutely aware that they’d be seen as a symbol of unity, it should be remembered that the faultlines in society cannot be repaired by actions that take place on a pitch, no matter how multi-racial the match-winning role models are.

Of course, representing your country and existing as a dynamic role model for those who continue to find their opportunities limited should be lauded. But this should not mask the fact that corrosive Islamaphobia and a latent xenophobia popularised by the National Front Leader Jean Marie Le Pen in 1996, before being reinvigorated by his daughter, Marine, are rising. The fact Marine Le Pen, a populist right wing candidate, stood as Emmanuel Macron’s final opponent in the presidential elections of 2017 stands as testament to the issues that continue to infiltrate French society.

For while some see Paul Pogba’s dab with the World Cup and Samuel Umtiti’s celebratory strut as communicating the potential of immigration to enrich society, to others they represent the dilution of France’s ethnically French citizens, and black people’s inherent incompatibility with European nations. For these reasons, and others deserving of exploration, we should resist cheap moralistic conclusions that work to invalidate experiences felt by those from the diaspora – even while they help some to feel better about themselves and our shared futures.

The challenge for Emmanuele Macron, and all of France, is to harness the feel-good factor of the World Cup win and value the contributions of immigrant communities by investing in them irrespective of how many stars they add to the jersey. Only then can footballing successes be called transcendent.