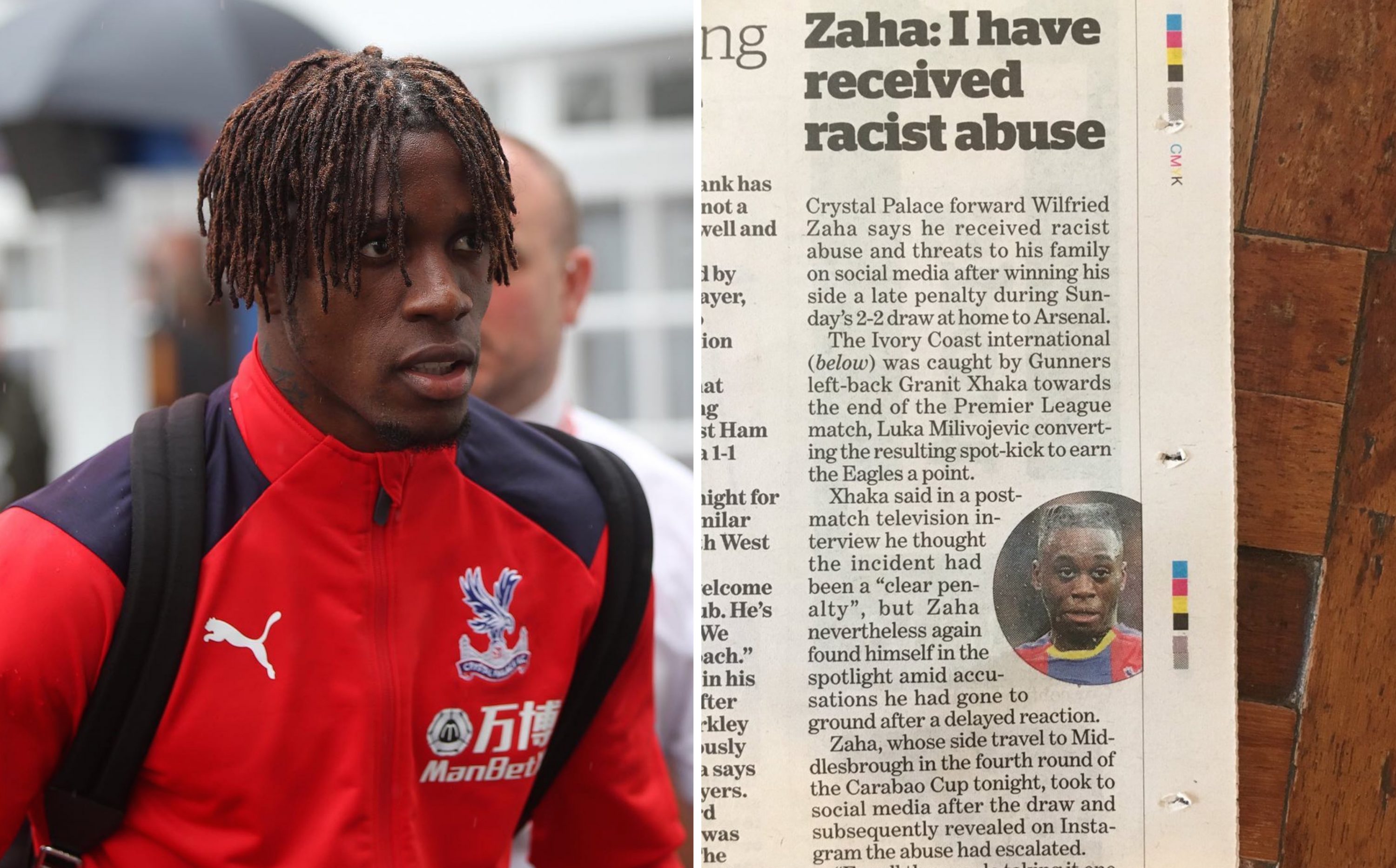 The I Newspaper have used a picture of Aaron Wan-Bissaka on a story about Wilfried Zaha speaking out about being racially abused.

After the Ivorian recently opened up on the racist abuse and death threats he’d received following Crystal Palace’s game with Arsenal this past weekend, the I Newspaper decided to report the news.

But instead of picturing Zaha in their coverage attempting to highlight the issue, they mistakenly used a picture of Zaha’s Palace teammate Wan-Bissaka instead. Considering the subject matter is centered on race, The I’s mishap and lack of awareness is particularly glaring in it’s carelessness. Check out the image of the article below.

Wilf Zaha says he’s racially abused. So let’s use a picture of Wan-Bissaka on the story. Come on @theipaper ffs pic.twitter.com/ttp6uDImda

This isn’t the first time the press has had an embarrassing case of mistaken identity. Back in 2017, Stormzy was mistaken for Romelu Lukaku by an Irish newspaper, and these incidents only strengthen the view that it’s an issue which says more about racism than we care to admit.