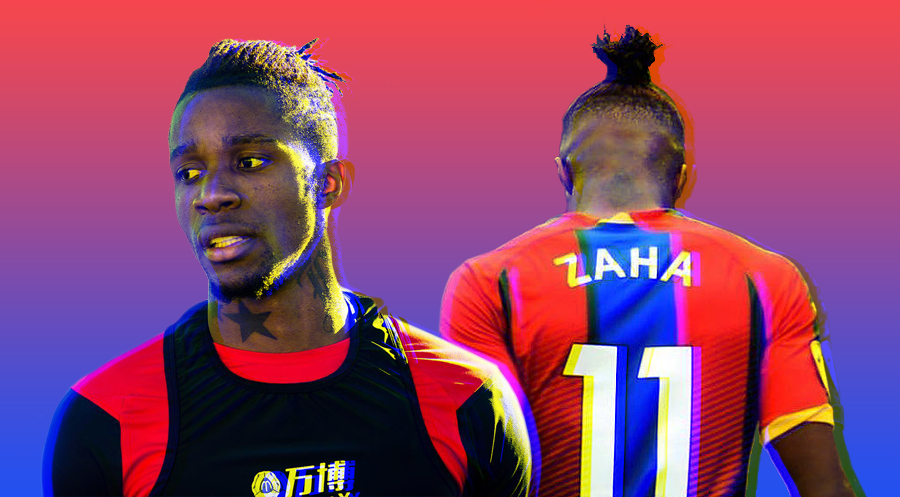 It was a familiar outcome for Crystal Palace. The 1-0 defeat to Tottenham Hotspur earlier this month meant the Eagles have now lost 13 successive games without Wilfried Zaha, the talismanic forward on whom the south London side rely so heavily.

Zaha’s on-field importance to Palace is no secret. The Ivory Coast international has won the club’s Player of the Year award in each of the last three seasons, at times single-handedly driving Palace up the Premier League table and away from the relegation zone. Only penalty-taker Luka Milivojevic scored more goals than Zaha’s nine last term, and none of the winger’s team-mates can better his tally of three in the opening 13 games of the current campaign.

Zaha is more than just Palace’s best player, though; he’s also a true representative of the local area and a real link between the pitch and the terraces. The club have made a conscious effort to reaffirm their south London identity in recent years, and Zaha – brought up a stone’s throw away from Selhurst Park – is unequivocally a product of his environment, a street footballer who honed his skills in informal park games, and someone who has never forgotten his roots.

Born in Abidjan, Ivory Coast in November 1992, Zaha moved to south London with his family as a four-year-old. One of nine children, he lived in a three-bedroom house in Thornton Heath – a diverse district and the ward with more residents of black Caribbean descent than any other in the capital – and attended Whitehorse Manor Junior School, a 10-minute walk from the stadium that he’d routinely light up over a decade later.

“He was very lean, but he had immense strength in holding the ball. He had something that you just can’t teach, a natural raw talent – his ability to take players on was unquestionable,” Aaron Smith, Zaha’s coach at Whitehorse Manor, told the BBC in 2013.

“I’m just very, very proud of him. He’s still friends with the people he’s known since he was a young boy. He’s a lovable boy who’s polite with good manners. Croydon’s not an easy area and it’s good to see someone who wants to work extremely hard getting on. Wilfried’s not been born with everything on his plate but always wanted to be the best.”

A late developer physically, Zaha did not have everything his own way after joining the Palace academy at the age of 12. Still, his natural talent was clear for all to see, and four months after turning 17 he made his senior debut as a substitute in a 2-1 defeat by Cardiff in March 2010, before signing his maiden professional contract shortly after.

“Zaha and Palace believe a football club should be at the heart of the community it serves.”

Zaha had to wait until the start of the following season to become a first-team regular, by which time Palace had been bought by a consortium of four supporters who went by the name of ‘CPFC 2010’. Led by Steve Parish, the group – through both actions and words – emphasised their belief that a football club should be at the heart of the community it serves. They immediately promoted a holistic approach, recognising that there is more to Palace than the 11 professionals who kick a ball around a field for 90 minutes every weekend. Zaha embodies this and he’s never afraid to step up and provide for the club when others can’t.

‘South London and Proud’ became the club’s newly-adopted slogan and soon appeared on promotional billboards featuring academy products Sean Scannell, Nathaniel Clyne and Kieron Cadogan. The posters did not mention match tickets or club merchandise; the purpose of the project was not to generate revenue but rather to launch a new brand identity based upon Palace being a central pillar of the south London scene.

Zaha may have been absent from that 2010 campaign – at that stage he had made fewer appearances than the three aforementioned names, all of whom are older – but he has grown to become the face of the club both on and off the pitch. South London is one of the most diverse areas in the country, and it is likely that Zaha’s foremost position has given ethnic minorities more of a stake in Palace – research undertaken by the British Council has indicated that the increased prominence of black players in English football has made “a lot of difference” to black supporters’ views on attending matches.

The Premier League has never been more global. Matches are broadcast all over the world and it is now rare for a top-flight club not to travel overseas for pre-season friendlies. Local identity still matters, though, which is why Zaha’s importance to Crystal Palace extends far beyond his on-field brilliance.