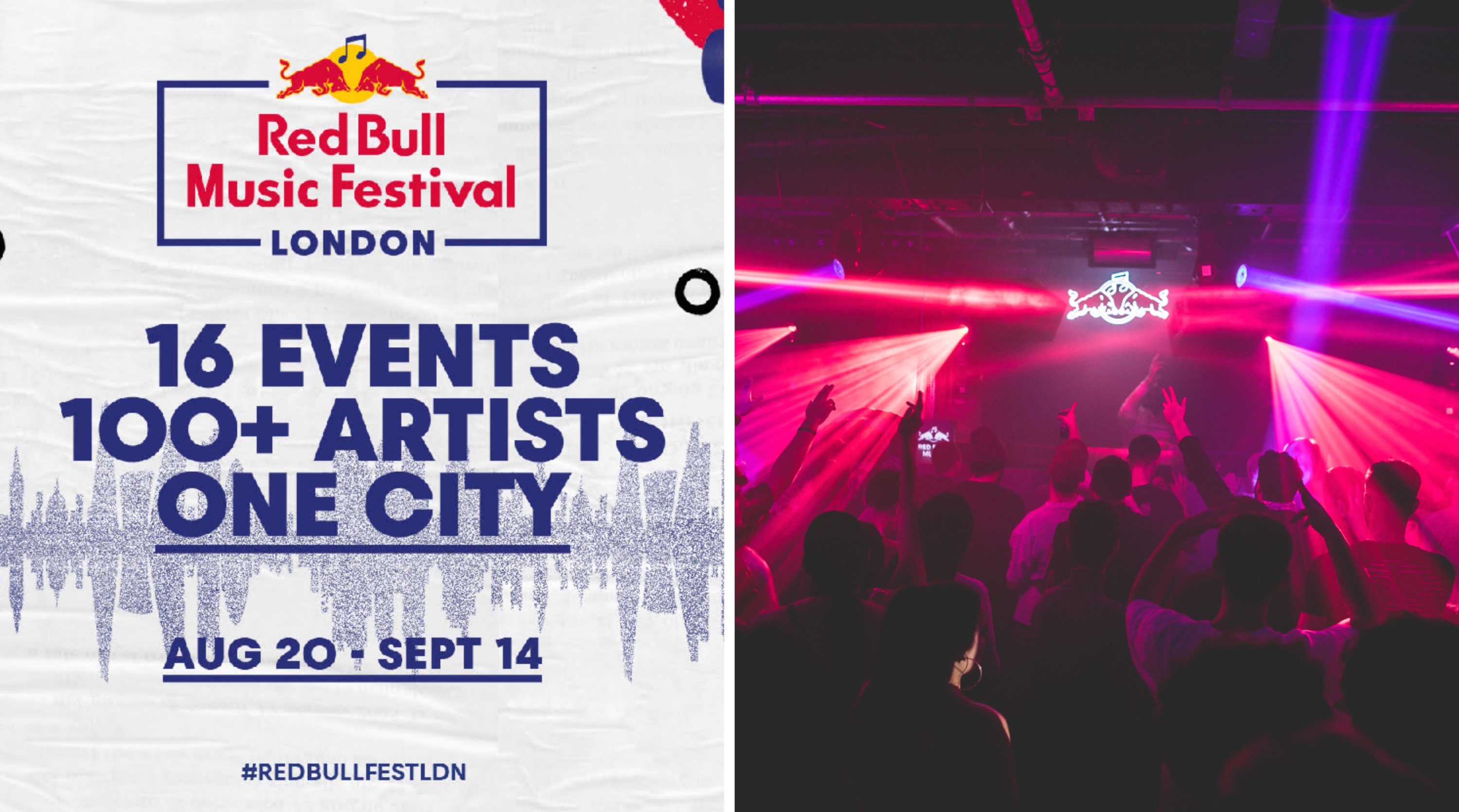 Red Bull Music Festival is touching down in London this summer with a special program that champions the city’s diverse musical DNA.

After taking over the world’s biggest cities – from New York to São Paulo, LA to Tokyo – Red Bull is bringing its flagship event to our city from August 20th to September 14th, filling out four exciting weeks of live gigs, groundbreaking concept shows, genre-defining club nights, and insightful panel talks on the state of culture today.

While a huge highlight will be the epic finale performance from electronic king Aphex Twin – performing his first club show in London for 10 years at Printworks – other moments to get hyped about include a UKG takeover on September 8th at Union Car Park, where icons of the scene like So Solid Crew and Ms. Dynamite will link up with the new wave of artists pushing the genre forward. 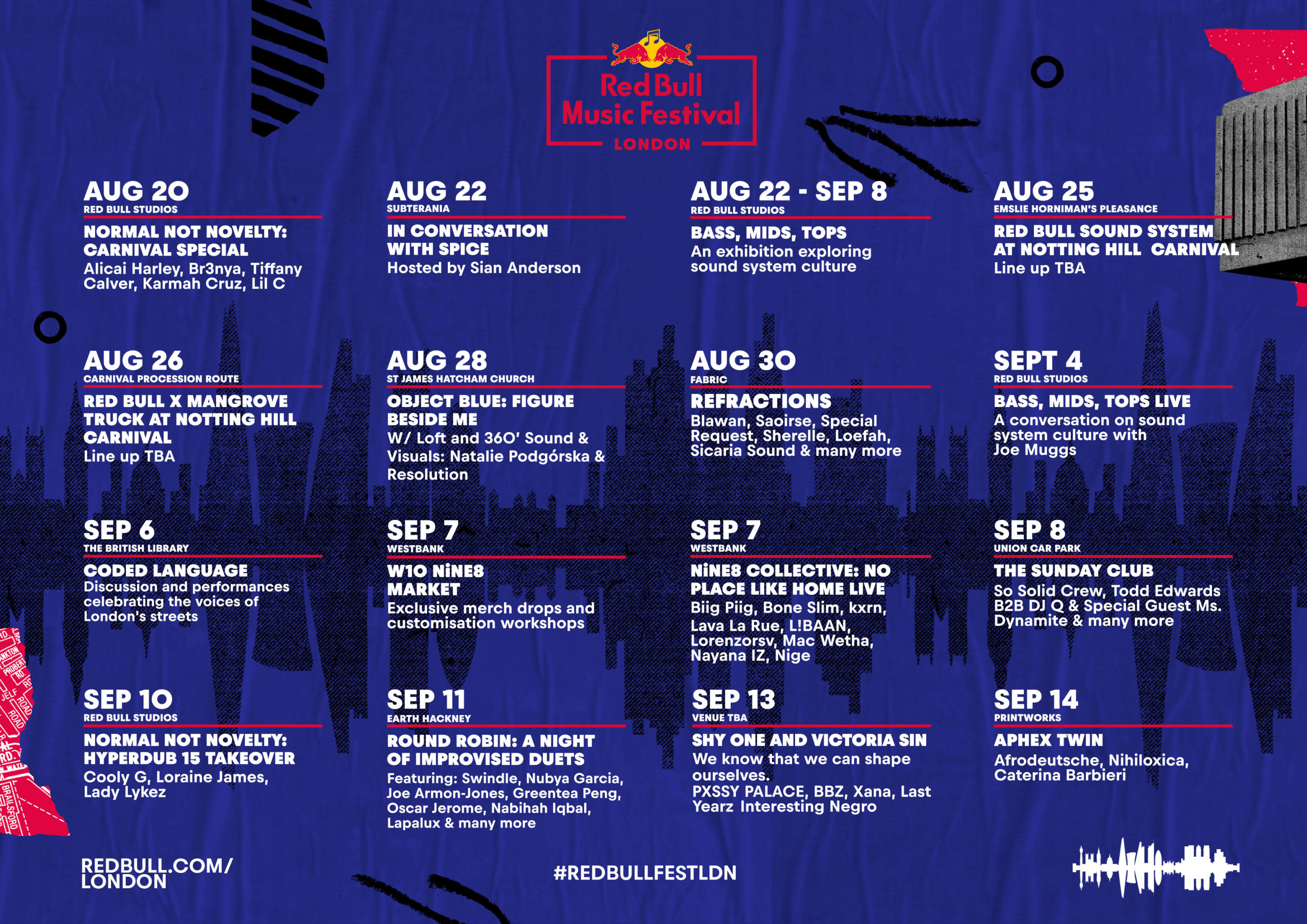 Another night to mark in your calendar early will be ‘Refractions’ at Fabric, a three-room takeover celebrating the evolving sounds of London bass music – from drum ’n’ bass and jungle, to dubstep, grime and beyond – featuring Yizzy, Lioness and Saoirse among others.

Red Bull Music Festival also seeks to analyse and start conversations around the most important issues in culture right now, with ‘Coded Language’ hosted by Kieran Yates standing out as particularly relevant. Here, discussions, performances and music all celebrate the voices of London’s streets – Kenny Allstar, Steel Banglez and Wretch 32 are all scheduled to pass through.

Check the full rundown of events in the image above, and book your tickets now via redbull.com.