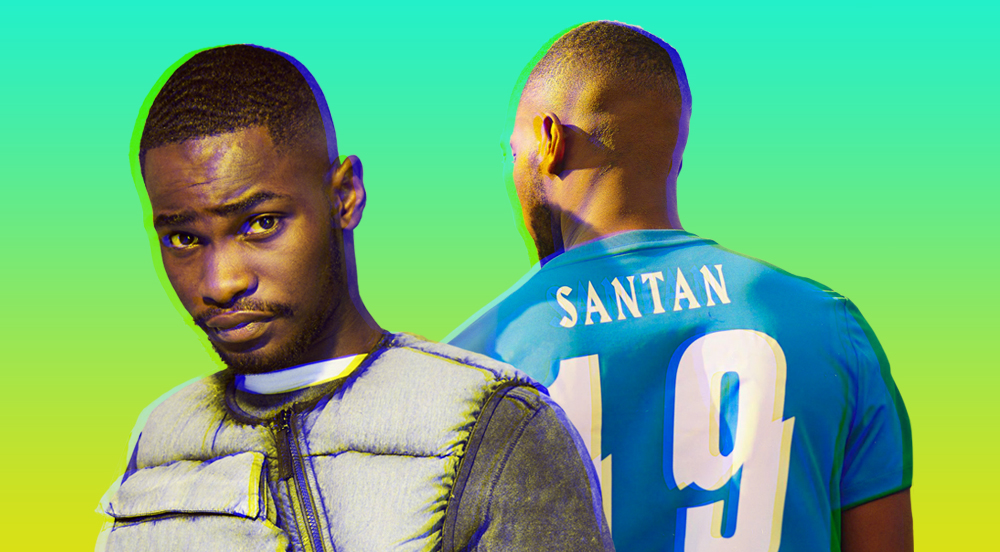 This past weekend, one of the undoubted highlights of Glastonbury – and the year – so far took place. Dave was expertly shelling down another live show, and as is common place at his headline performances, he was on the lookout for someone to join him on stage to rap along to his modern grime classic “Thiago Silva” featuring AJ Tracey.

Spotting someone in the crowd wearing a Thiago Silva PSG shirt, Dave immediately called for Alex (from Glasto) to join him on stage to rap along to his song of the same name. The rest is history.

The moment took the synergy between the worlds of UK rap and football to the world stage, with the reach and engagement of Alex’s on-stage antics now one of the most viral moments of the year, landing him a Boohooman contract and Good Morning Britain appearences. It even got a response out of Thiago Silva himself, while the Brazil centre half was preparing to beat Argentina in their recent Copa America semi final.

But Thiago Silva isn’t the only player Dave’s referenced down the years. Baller-inspired bars have become the Streatham MC’s forte throughout most of his musical career prior to ‘Psychodrama’, and you can expect to be hearing a few more should he and AJ Tracey drop the long-rumoured follow up to the track, “Kylian”.

While we all wait for that to drop, we took the opportunity to round up fifteen other moments where Dave dropped off some cold, football-themed wordplay that showcased his love of the game.

“My striker’s 18 with a hightop, this kid’s looking like Marcus Rashford”

Dave’s young bull has the same hairstyle that Marcus Rashford had at the exact same age of 18, a little while before he secured his new 200k-a-week deal and Smokey Barbers-curated trims.

“Them youths look raggo, them boy there plateaued / Died in battle, I still wonder why we had burners from young, like Alexandre Pato”

Alexandre Pato was once one of European football’s brightest prospects – and Dave compares the future of young kids out on the road to how Pato’s promising career never reached it’s potential.

Riffing off Kante’s first name with “and go low” (N’Golo), it’s double entendres like this that make Dave’s football references up there with the very best, and would go on to influence AJ Tracey and Headie One to use the Frenchman’s name in their own tracks.

“Don’t worry what a hoe say, ’cause me and you both know you’re the special one / And if I can’t get a ring for your hand, you can leave Chelsea and fly into Milan”

Clad in an England shirt while playing FIFA with his “Spanish girl” in a Columbia kit, Dave alludes to Jose (the special one) and his stints at Stamford Bridge and Inter.

“Remember when man came through, not one of them girls were flirtin’ / ’til Jus pulled up in a Jurgen Klopp BM, that’s an angry German”

Reflecting on his struggles before making it big, Dave follows up with a bar comparing the growl of a BMW motor to the Liverpool manager’s touchline fracas.

“F*ck the road but if anybody’s testing me / It’s one step away like a 5-a-side penalty / Every Santander Nationwide remembers me / Right pocket full of cards, I’m a referee”

Dave compares how close he is to putting it on anyone who tests his patience to the usual protocol of Powerleague pens. Clinical.

Arguably the most iconic bars from one of young Santan’s strongest verses, Dave’s double entendre likens leaving rival MCs in “states” to Kaka’s move to the MLS with Orlando City back in 2014.

“I made 50 clean, that’s a Lampard, that’s a Bentley, Aston, Jaguar / I go Trapstar, and get my girl clothes, And spend the Paul Pogba, that’s a Peugeot”

Dave concludes ‘Attitude’ by reeling off motor brands alongside a host of players, “named because the cars are from their country”, the man himself explained in an old Tweet.

If a girl refuses to give Santan hat (Urban Dictionary’s your friend here if you’re not familiar), Dave will ‘block her number’ – the same way Thiago Silva would shut down a shot.

Dave compares his crew to the size of Spurs, and the way the Champions League finalists plucked Dele Alli from comparative minnow MK Dons back in 2015.

Dave asserts he’d stand up and face the beef rather than run away, much like how Zlatan conducts himself on the pitch with his more stationary, target man persona, compared to Vardy’s runs in behind.

“This crow’s got a bag of bass and you’re a bag of treble/ How can I listen to a man who ain’t playing when you talk about the game from the side like Gary Neville / I’m involved, I’m on a pitch, I’m a centre mid / I don’t need to send for kids”

Rather than play the pundit on the sidelines of proceedings, Dave is really out in the field.

“With my Spanish girl, Valeria, super freaky but she acting diva / And all she wants to do is tease a boy, that’s why she give me neck kisses when I’m playing FIFA”

While not explicitly a football reference here, Dave’s well documented for backing himself on FIFA down the years – as he does so with his girl in the visuals above.

“In two-double-0 five, man’s not ready / My Somali called Ali, not Dele”

A common Somali boys first name is ‘Ali’ – unlike the Tottenham midfielder’s first name, as Dave points out.

Here, Dave compares his fighting style to Aguero’s deadly on-field movement and the way he effortlessly drifts away from opposition.