This summer will see one of the biggest ever women’s sport competitions take centre stage: UEFA Women’s EURO 2022. Kicking off on July 6, the likes of reigning European Champion and Holland’s all-time record goal scorer, Vivianne Miedema, will go head-to-head with other global stars like Fran Kirby, Ada Hegerberg and Alexia Putellas.

With the tournament set to take place right on our doorstep, not only is this a great opportunity to witness history in the making, but to get behind the women’s game and show what inclusivity in football can look like. It’s a spirit Heineken are promoting in their latest campaign aimed at tackling football’s gender inequality problem.

Heineken is rallying fans of all genders to get behind their national teams by displaying a twist on a term often associated with collective, passionate fan support: ‘the 12th Man’. 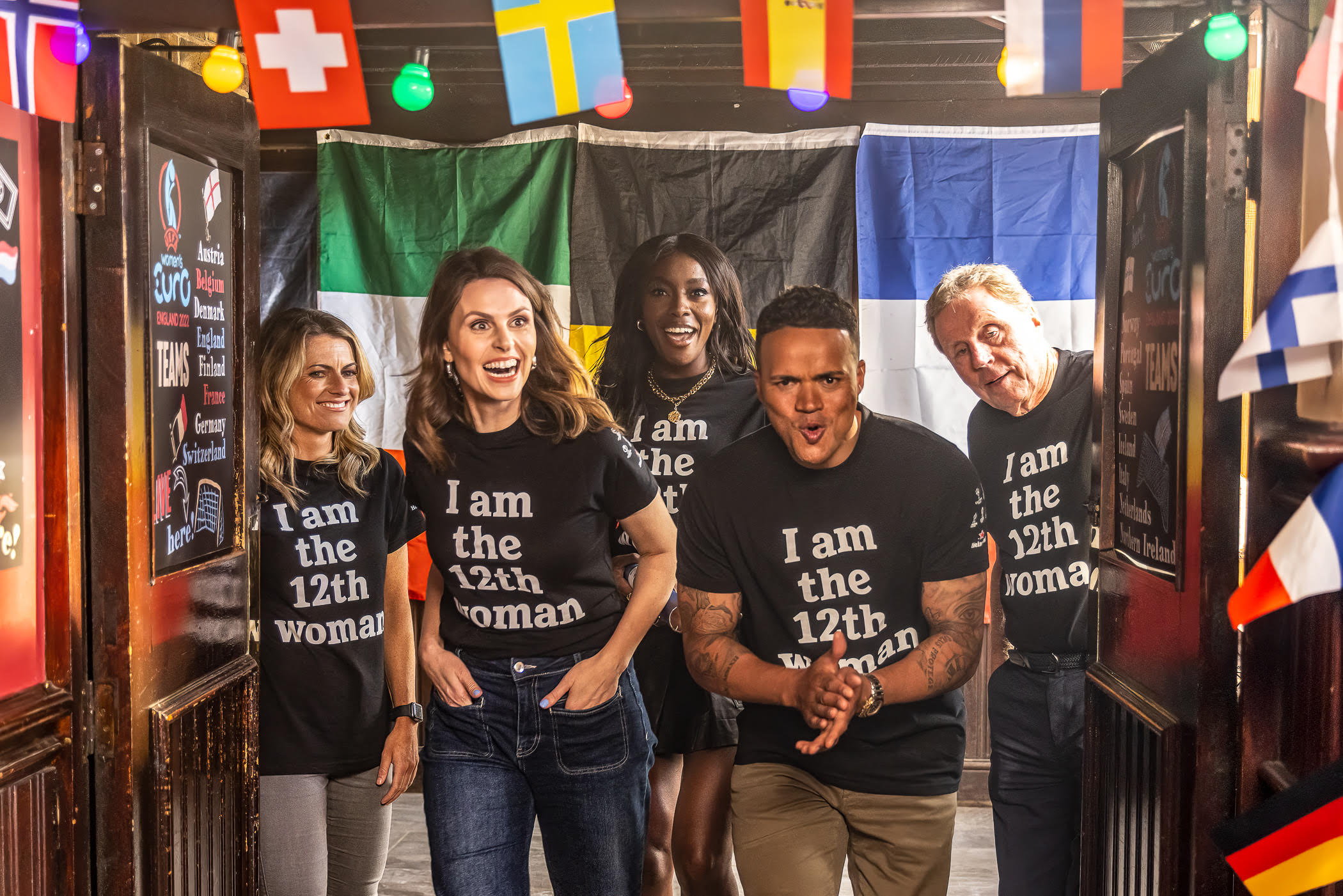 The brand’s “12th Woman” campaign is part of a wider initiative, set out by Heineken earlier this year, to promote gender equality in football. The 12th Woman shines a light on gender bias and challenges stereotypes in football culture – one that has been predominantly influenced by the men’s game for generations.

Headed up by the likes of everyone’s favourite gaffer Harry Redknapp and pundits Jermaine Jenas and Karen Carney, the ‘12th Woman’ follows fans of the game on their journey to encourage everyone to follow this summer’s tournament. Regardless of gender.

Despite the exponential growth of women’s football in recent years, cultural elements found in men’s football – such as phrases like ‘man on’ or ‘the 12th man’ – have found their way into a space where they’re no longer applicable. Fans and their support during women’s football matches are equally as vital to women’s players as they are to men. Yet the term ‘12th Woman’ has been virtually unheard of, until now. Heineken wants to use this campaign to close the ‘phrase gap’ in football language, while using the brand’s platform and reach to incite a conversation about the entrenched bias and inequality that persists across football culture.

As is the case when trying to enact long lasting and impactful change, Heineken have gone one step further by partnering with an organisation that has been working to change the footballing landscape in relation to gender equality for years: Women in Football.

The not-for-profit organisation has been championing women for decades in a bid to bring about change. WIF aims to improve women’s representation at all levels of the game by challenging discrimination and normalising the idea of women working in the sport. Proceeds from Heineken’s ‘I Am The 12th Woman’ t-shirt sales will go directly to WIF, and by partnering with an orgnisation like this, Heineken are leveraging the knowledge and expertise of individuals and collectives who can really make a difference in helping to end gender-based discrimination.

This isn’t the brand’s first move at attempting to correct the gender bias in football. Ahead of this year’s Champions League finals Heineken created ‘Fresher Football’, a new webpage that provided correct responses to the most popular questions asked online about the UEFA Champions League.

The bespoke search engine sought to redress inaccurate statistics that tend to overlook key data around the women’s game. For example, Paulo Maldini hasn’t featured in the most Champions League finals, Eugenie Le Sommer has. Alfredo Di Stéfano hasn’t scored the most Champions League final goals, Conny Pohlers has. ‘Fresher Football’ encourages search engines and fan sites to recognise and fix their current information in relation to these commonly asked questions, to help present a more accurate and less biased view of football.

Now more than ever, gender equality in sport should be prioritised. It is no longer enough for men to only be against sexism, they need to actively play a role in ensuring gender based discrimination is eradicated from sport and wider society altogether. And there’s no other field better aligned to set a precedent for promoting gender equality than football.

Educating ‘traditional’ football fans about the women’s game, is one way of combatting damaging perceptions of women’s football. The more the game is seen simply as football, the less likely we are to hear sexist chants. Those chants and remarks enable predatory behaviour to occur. Words have power, and when unchallenged create environments where abuse can thrive. Those who herald the women’s game as a high quality product and treat those involved with respect can help to educate a wider, ‘everyday’ audience. 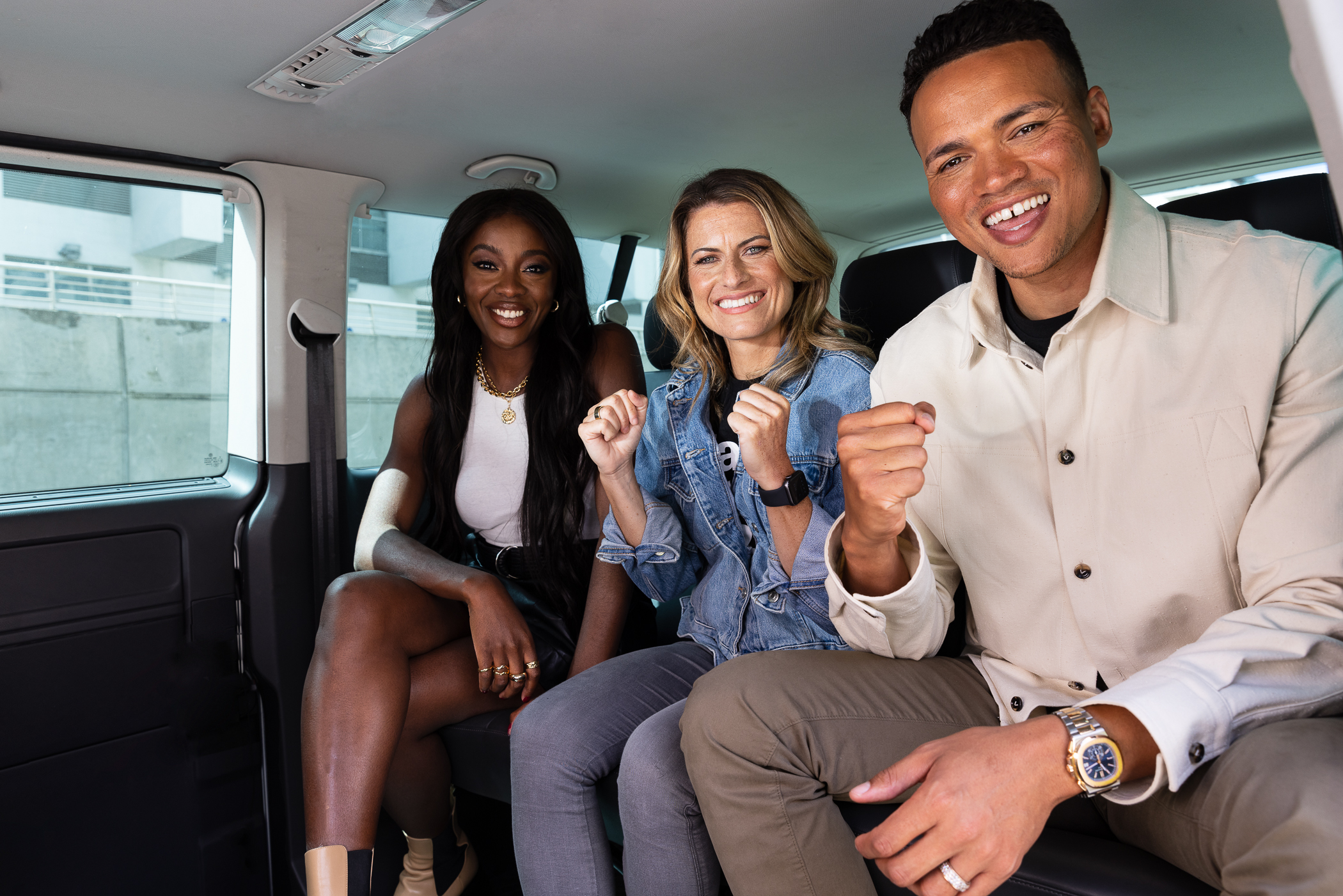 When the likes of Didier Drogba reveres Sam Kerr’s WSL title-clinching worldie on Twitter, or Xavi Hernandez praises the achievements of FC Barcelona Femení in a post-match press conference, the world listens. Ian Wright has long been an ally of women’s football purely because he loves the game. Whether it’s Sunday League at Hackney Marshes or the Women’s FA Cup Final at Wembley, he just enjoys watching people have a kickabout – regardless of who’s doing the kicking. Respecting something solely on the basis of its merit is what the likes of Drogba, Xavi and Wrighty do. Although you don’t have to be a footballing icon to recognise skill, it’s because of these individuals that others stand up and listen. Those choosing to use their platforms to enact positive change, are encouraging others to follow suit.

If we can foster an environment in football whereby men and women are seen as equal, they’ll be treated as such. Whether it’s purchasing a ticket to this month’s Euros or following the likes of Pernille Harder on social media. Platforming individuals and teams in the women’s game can help to improve its levels of visibility. The more people we have watching and witnessing how great a product it is, the more people will realise how outdated and ill-informed gender-based stereotypes are.

Women’s football is football, it’s as simple as that. Never underestimate the power of simply ‘turning up’. You can love both games in equal measure but for different reasons.

Equality, diversity and inclusion should form a core pillar of business governance, yet just 11.1% of board members at Premier League clubs were women according to Fair Game’s recent findings. ‘The Commercial Case for Gender Equality’ found that this already worryingly low statistic, dropped even further when looking at leadership at Championship level – where just 4.2% of board members were women.

While two-thirds of England and Wales’ leading clubs have all-male boards, football’s failure to cater to 51% of the population speaks volumes for how little women are considered to be a part of the footballing community. A distinct lack of representation at the ‘top’ means those who are making the decisions rarely, if ever, consider the needs and interests of women. This is most indicative in stadiums when looking at fan safety.

According to the Football Supporters’ Association’s recent study, one in five women have experienced unwanted physical attention during a men’s football match. While 50% of the 2,000 respondents also said witnessing sexist behaviour made them angry. Up 18% from the FSA’s 2014 survey, where just 32% said they were generally “not bothered” about witnessing sexism at a game. Previously, 24% of women surveyed said they would have “laughed off” sexism, but this figure has now dropped to 12%. People are no longer willing to stand by and let sexism plague the ‘beautiful game’. It is apparent that this is a prevalent issue in men’s football in particular, with 75% of FSA respondents stating they had not heard sexist comments, chants or unwanted physical attention at a women’s football match.

It shouldn’t really be a case of ‘why we need to promote male allyship in women’s football’, but more so, why shouldn’t we?

Join Heienken’s 12th Woman campaign and purchase an ‘I Am the 12th Woman’ T-shirt by visiting heineken.com/12thwoman.