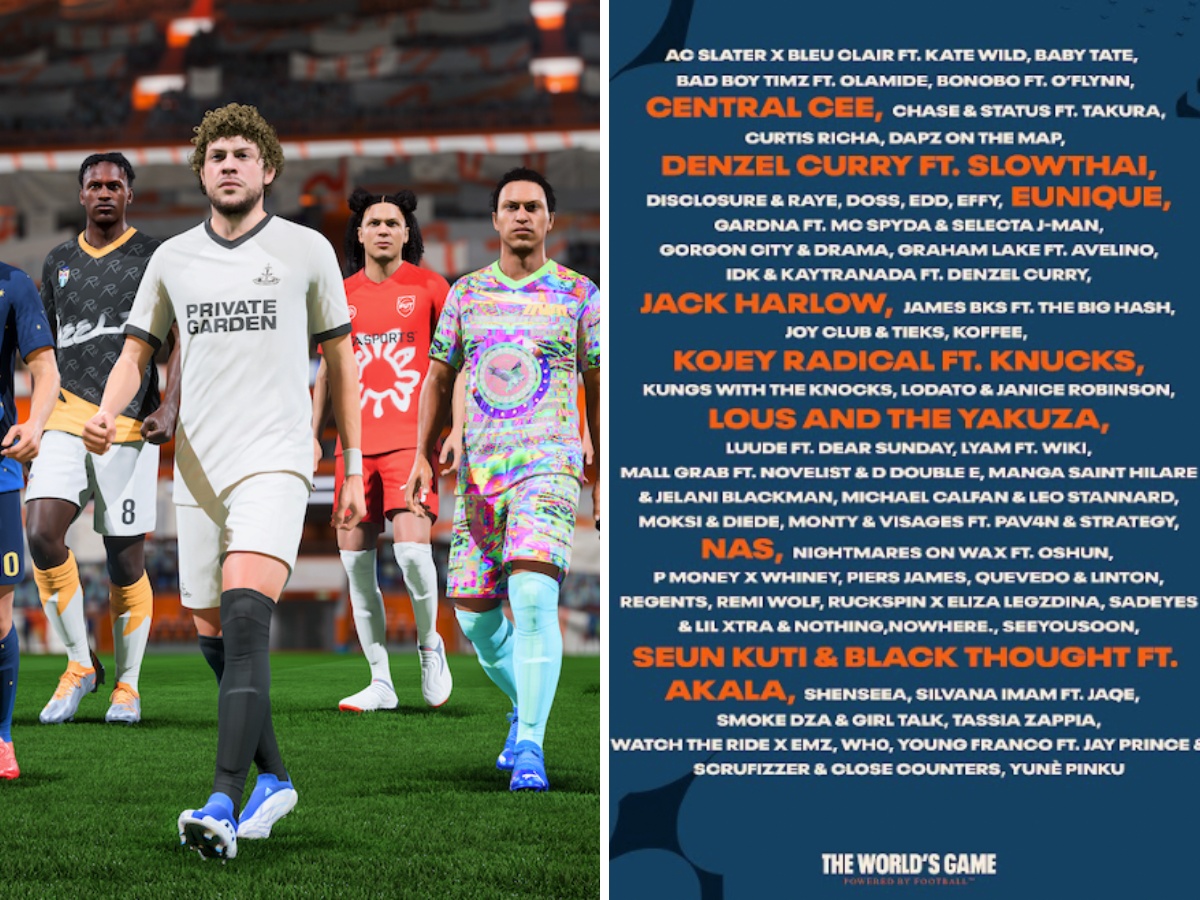 EA have just revealed the official FIFA 23 soundtrack, featuring a slew of artists and genres from around the world – with the UK, as ever, repped to the full as part of this year’s playlist.

Featuring a stacked playlist with over 100 songs, the FIFA 23 soundtrack will broadcast global hitmakers to millions around the world, with the likes of Stromae, Danger Mouse, Flume, Bad Bunny, Jack Harlow, ROSALIìA, M.I.A. all in the cut.

FIFA fans can show their support for their favourite musicians through new FIFA Ultimate Team Kits designed by artists including Jack Harlow, ROSALIìA and Pheelz – with Central Cee also stepping up to co-create a customised kit on the game. Each kit is designed to personify each artists’ personality, will be available to unlock through a series of objectives from September 27.

The FIFA 23 soundtrack is now available to stream on Spotify, with further updates expected to drop closer to the game’s early access release date September 27 before the worldwide, all-platform release on September 30.

Tune into the FIFA 23 soundtrack via Spotify below.