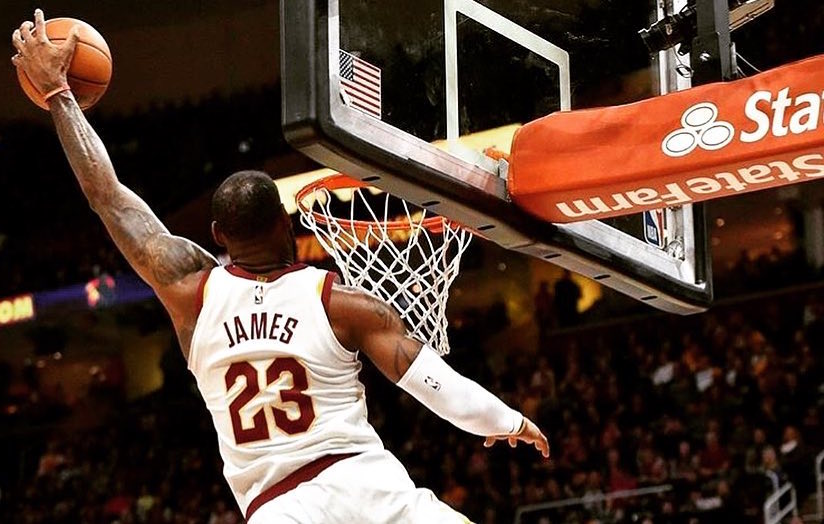 Prior to Tuesday night’s game between the Cleveland Cavaliers and the San Antonio Spurs, LeBron James took to the ‘gram to show off some fresh trainers courtesy of Samuel Ross’ A-COLD-WALL*.

Safe to say there aren’t many Size 15 ACW Air Force 1 Hi’s floating about, but Lebron was sure to showcase one of the most in-demand sneakers in the world. He captioned the photo of the shoes ‘A Cold World’ as a play on Ross’s brand.

LeBron stunted in ACW Air Force 1s before the game.

His next move? Becoming one of only seven players in the history of the NBA to surpass 30,000 career points. Lebron averages just shy of 27 points per game in the current 2017/18 season was all but locked to achieve this momentous feat.

The NBA superstar became the youngest player to ever achieve the tally, joining Kareem Abdul-Jabbar, Kobe Bryant, Wilt Chamberlain, Michael Jordan, Karl Malone and Dirk Nowitzki as part of an iconic list of All-Stars to rack up those numbers.

LeBron took to his Instagram again to congratulate himself on the achievement.

Wanna be one of the first to Congratulate you on this accomplishment/achievement tonight that you’ll reach! Only a handful has reach/seen it too and while I know it’s never been a goal of yours from the beginning try(please try) to take a moment for yourself on how you’ve done it! The House you’re about to be apart of has only 6 seats in it(as of now) but 1 more will be added and you should be very proud and honored to be invited inside. There’s so many people to thank who has help this even become possible(so thank them all) and when u finally get your moment(alone) to yourself smile, look up to the higher skies and say THANK YOU! So with that said, Congrats again Young King ??! 1 Love! #striveforgreatness? #thekidfromakron?