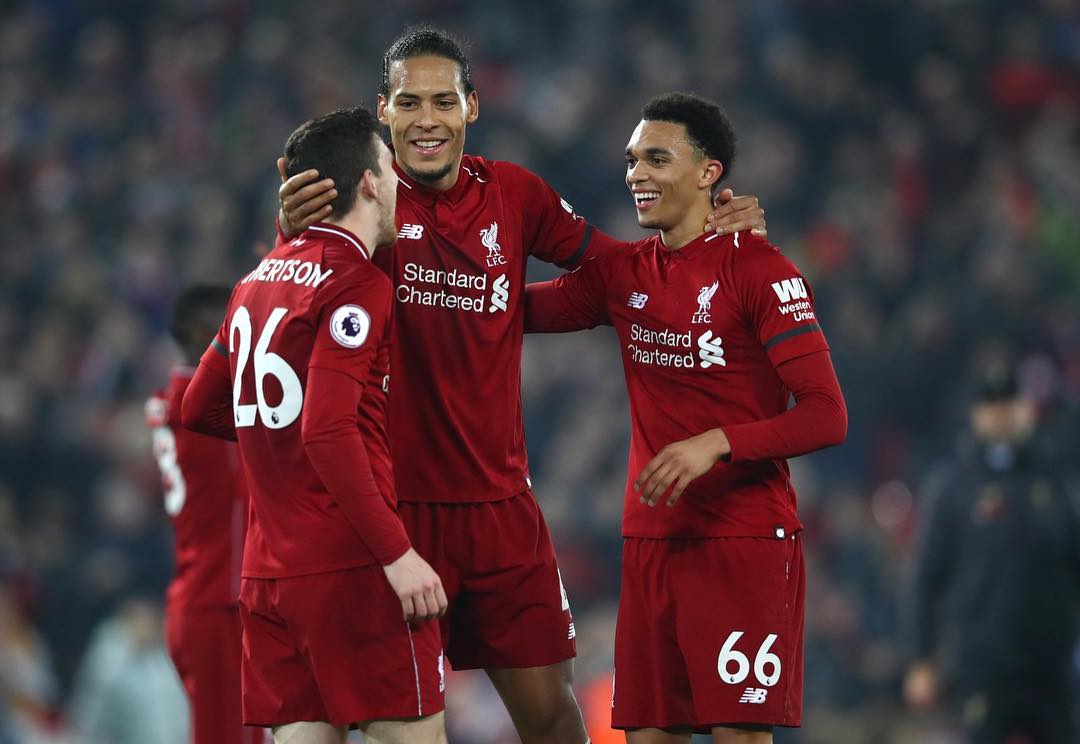 The Liverpool defender set new levels during his team’s 5-0 demolition of Watford last night, becoming the youngest ever player to hit three assists in a single Premier League game.

The 20-year-old star, who was runner up in last year’s Golden Boy Award, laid on a hat-trick of precision passes that turned to goals. Two were finished by Sadio Mane, and one by Virgil Van Dijk.

The right back’s crossing ability has been praised ever since he made his first team breakthrough but his game-changing ability with the ball at his feet was never more obvious than last night, with all three assists displaying the type of passing range and accuracy that very few talents possess.

Trent Alexander-Arnold is a problem.