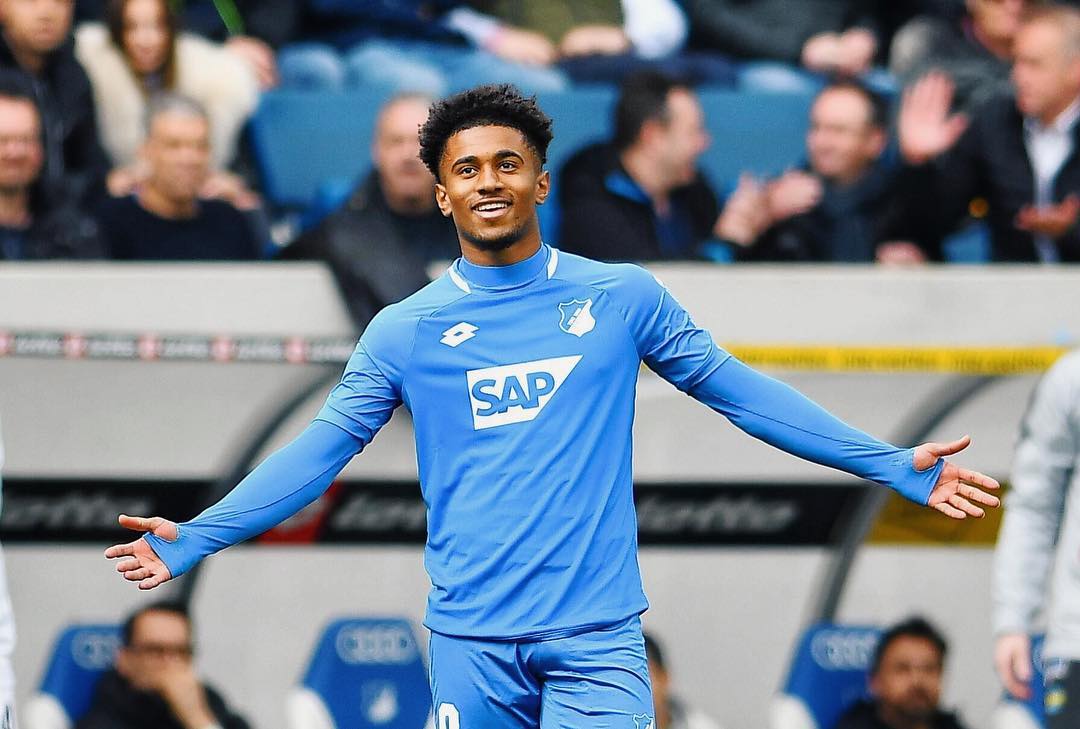 Reiss Nelson’s Bundesliga takeover is back on track.

The 19-year-old hit his first Hoffenheim goal of 2019 in his team’s 2-0 win over Hertha Berlin at the weekend, completing his comeback after a spell out of the team as punishment for being late to training.

Nelson’s strike was his seventh league goal of the season and it was a record-breaking strike. The Londoner is now Hoffenheim’s youngest ever player to score seven Bundesliga goals in a single season, breaking a record set by Roberto Firmino in 2012.

The English 19-year-old is back tearing up the Bundesliga. pic.twitter.com/ND4C5HC1KW

It’s taken just 19 appearances – and only five starts – for Nelson to reach the milestone. Although he’s been in and out of the team, the baller has largely delivered for Hoffenheim on the pitch when he’s given the chance, building hype for a potential return to Arsenal next season.

Speaking last week on his ambitions to return to North London, Reiss said:

“If I wasn’t aiming to break into the Arsenal first team, that wouldn’t be the correct mindset. I need to go there with that mindset of breaking into that team. I’ve done a year loan in Germany which has had ups and downs, but I’m going to be ready for next season. I want to get to the very top.”

Reiss Nelson is here to stay.