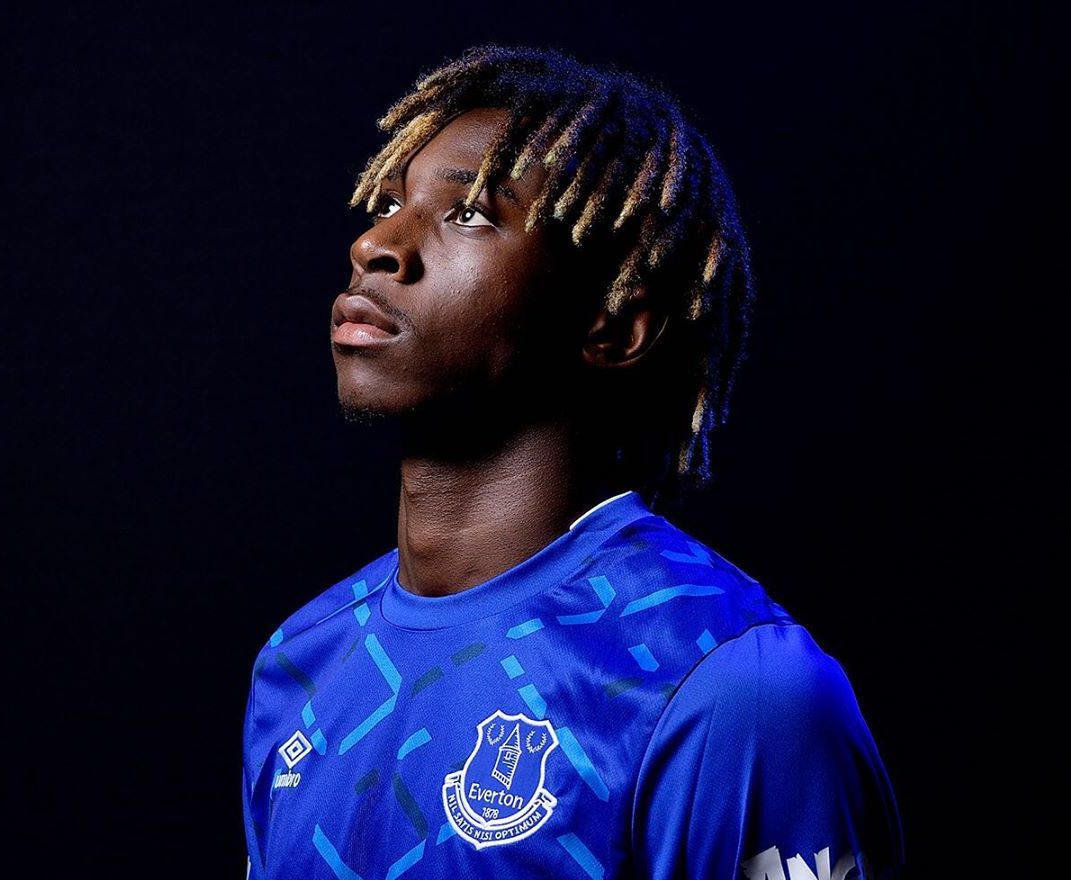 The campaign has now more than doubled its orginal £1000 target for the banner, less than a day after a JustGiving fundraising page was set up – with Toffees fans set to unfurl the new banner in the coming weeks.

The 19-year-old is one of the sauciest young ballers in world football, and Everton from Juventus on a £36 million, five-year deal on Sunday. Kean made international headlines back in April after suffering racist abuse in a Serie A match, where he received support from the likes of Raheem Sterling for standing up to racist fans.

Kean and his mother was welcomed to Merseyside by the club’s director of football Marcel Brands, who created a custom printed jersey for the Italian’s mother and told “we will take care of your son” as Kean settles into life in Liverpool after his high-profile move.

An Everton gesture from Marcel Brands on the day Moise Kean signed for the Blues. 👏 #EFC pic.twitter.com/19IbnPAdCu

In other young baller news, check out our list of the 25 best young players from South London right now.