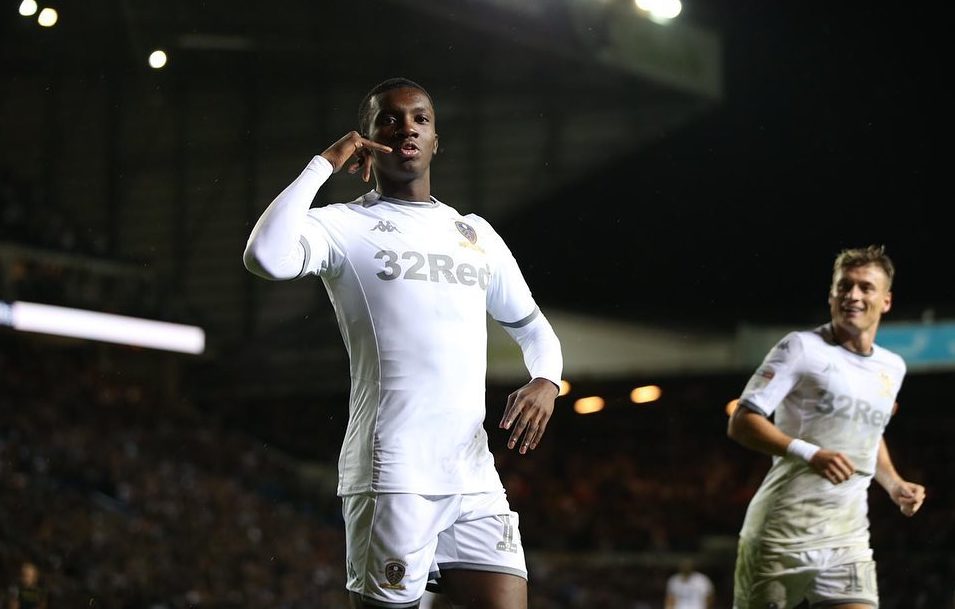 Eddie Nketiah has revealed that Ian Wright is acting as a mentor to him – even while the young Arsenal hitman is on loan at Leeds United.

Nketiah is one of the brightest young strikers in the country and has already scored three goals in just five games on loan – and although he’s not playing in North London this season, Arsenal legend Ian Wright is still volunteering support and guidance to the club’s young baller.

Wright is going to extraordinary lengths to be a leading light for Arsenal’s next generation, and even travelled to Elland Road to watch Nketiah bag his first goal for Leeds United last month.

While on media duty with England U21s this week, Nketiah has spoken about how blessed he is to have someone like Wright in his corner:

“He’s been brilliant. He’s a bit of a mentor. He messages me, asks me how I am, how I’m finding things up in Leeds. He’s given me advice and I always try to learn from him because he’s had a great career. I’m really grateful.

It’s a dream come true to have one of your heroes speaking to you. He’s such a nice guy and a modest guy for the career he’s had.”

While his game-changing days on the pitch for Arsenal may be long gone, Wright is still going above and beyond to make a difference at the club he loves by uplifting a whole new wave of ballers. His guidance is invaluable.