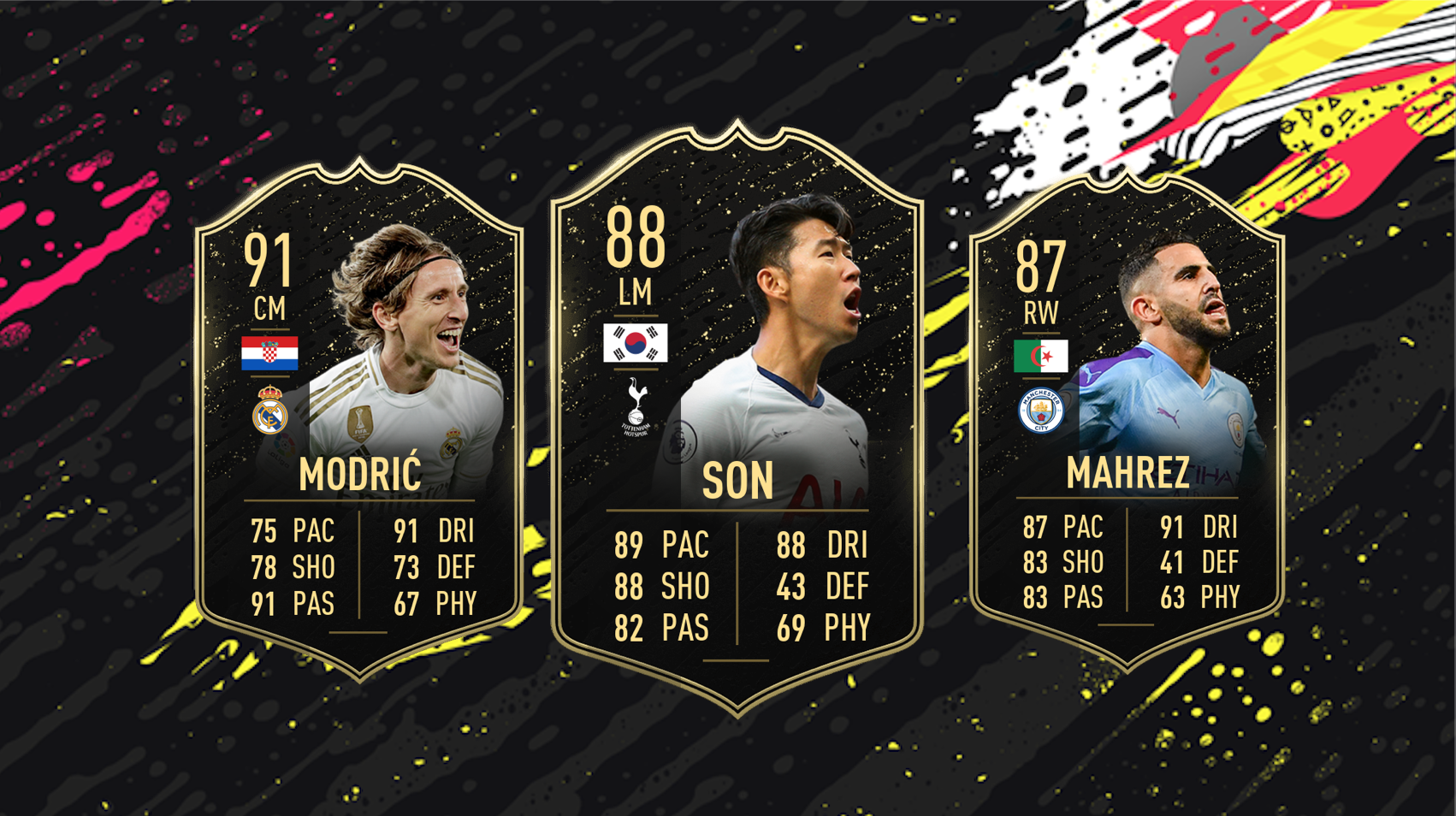 Heung-min Son leads the latest FIFA 20 Team of the Week and while he’s already one of the most dangerous players on the game, his upgraded in-form card is going to wreak all kinds of havoc.

The South Korean baller is rewarded with a new overall rating of 88 for his goal and assist in Tottenham’s win over West Ham at the weekend. The new card – which also includes a position change to left midfield – is stacked with boosted stats that include 89 pace, 88 dribbling and 88 shooting.

Luka Modric is the highest-rated player in the new Team of the Week with an overall rating of 91 while Riyad Mahrez, Keylor Navas and Joshua Kimmich are other additions that could be worth an Ultimate Team investment.

The new FIFA 20 Team of the Week drops in-game tonight at 6pm.