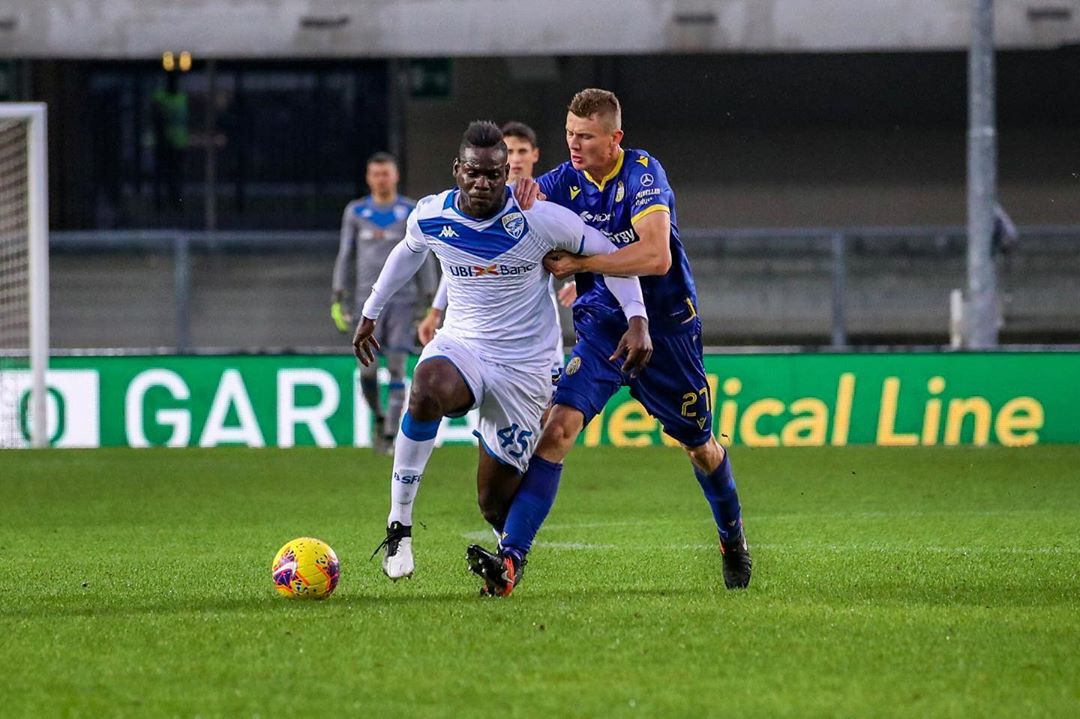 Mario Balotelli made a statement in Italy this weekend after almost walking off the pitch when he was being subject to racist abuse in Brescia’s game against Hellas Verona this weekend.

Balotelli would then go on to finish the game and scoring a wonder goal to silence the haters and send a message to the racist fans that there is no room for racism in football.

Referee Maurizio Mariani stopped the game for around four minutes after Balotelli blasted a ball into the stadium at Verona fans abusing him. Balotelli would be convinced by his teammates to stay on before scoring a typically brilliant goal from outside the box.

Mario Balotelli responded to the racist chants by kicking the ball into the stands.

His teammates and match officials convinced the striker to remain on the pitch. pic.twitter.com/vvzuY7oBHZ

A protocol message was read out over the stadium loudspeaker threatening to suspend the match for a longer period if the abuse continued, yet Verona coach Ivan Juric denied hearing anything offensive from the stands, telling Sky Sport Italia, “I am not afraid to say there were no racist chants today’.

Speaking after says those who deny he was racially abused during Sunday’s Serie A match at Hellas Verona are not “real men” on Instagram. Captioning a post of his reaction to the abuse and his goal on Instagram, Balotelli said, “Thanks to all the colleagues on and off the field for the solidarity expressed toward me and all of the messages received from fans. A heartfelt thanks. You’ve shown yourself to be real men, not like those who deny the evidence.”