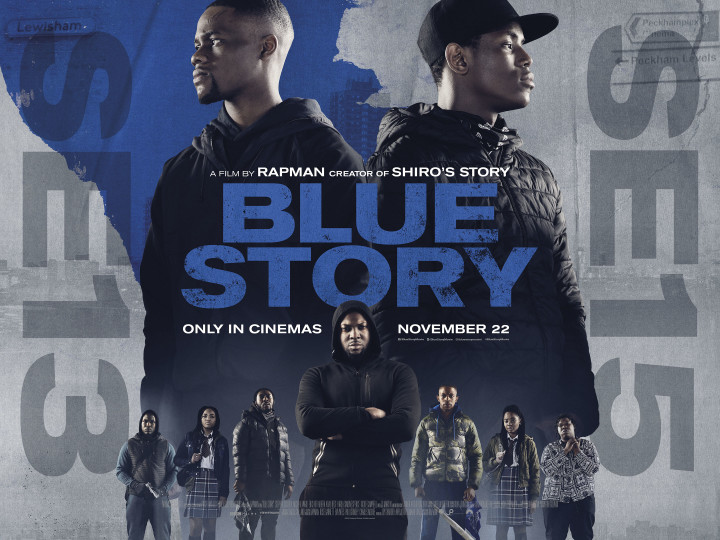 Rapman’s Blue Story has become a UK box office smash by grossing £1.3m on the film’s opening weekend, despite Vue and Showcase controversially pulling the film from all their venues on Sunday, November 25.

That figure made the film the 3rd highest-grossing film from last week, and despite being banned in several locations, the film brought in £4,194 per location out of the 310 it was shown at.

Vue and Showcase would face massive online backlash from lead actor Micheal Ward and Top Boy star Ashley Walters among the likes of Notes, Tion Wayne and a host of other high-profile figures after the right-wing press blamed the film for a mass brawl at a Birmingham cinema at a screening of Frozen 2.

Showcase have since reversed their decision to suspend viewing of the film after a wave of public pressure and the #NoBlueNoVue hashtag, and the film has proven to be a massive success despite limited press exposure and a cast list of lesser-known, British actors compared to the average Hollywood or Disney movie.

And too the silly little boys in this picture? Are you proud of yourselves? Do you think this makes you ‘bad’? Cos when the real consequences kick in and you’re all in tears… you won’t be bad boys then will you?? https://t.co/IhtCT770zO

So… there was a machete brawl in Birmingham at a showing of Frozen 2. Despite the brawl involving Asian young people, photos illustrating accompanying news stories have been of black people.

And so because of ‘concerns about violence’, Vue have blocked Blue Story being shown.

What Rapman just done is so so BIG for the urban culture and everyone should make noise about it ! A movie based on reality and problems in our daily community was 3rd in the UK FILM box office, this is gonna open doors for so many other film makers/ directors in our community 🙏🏾