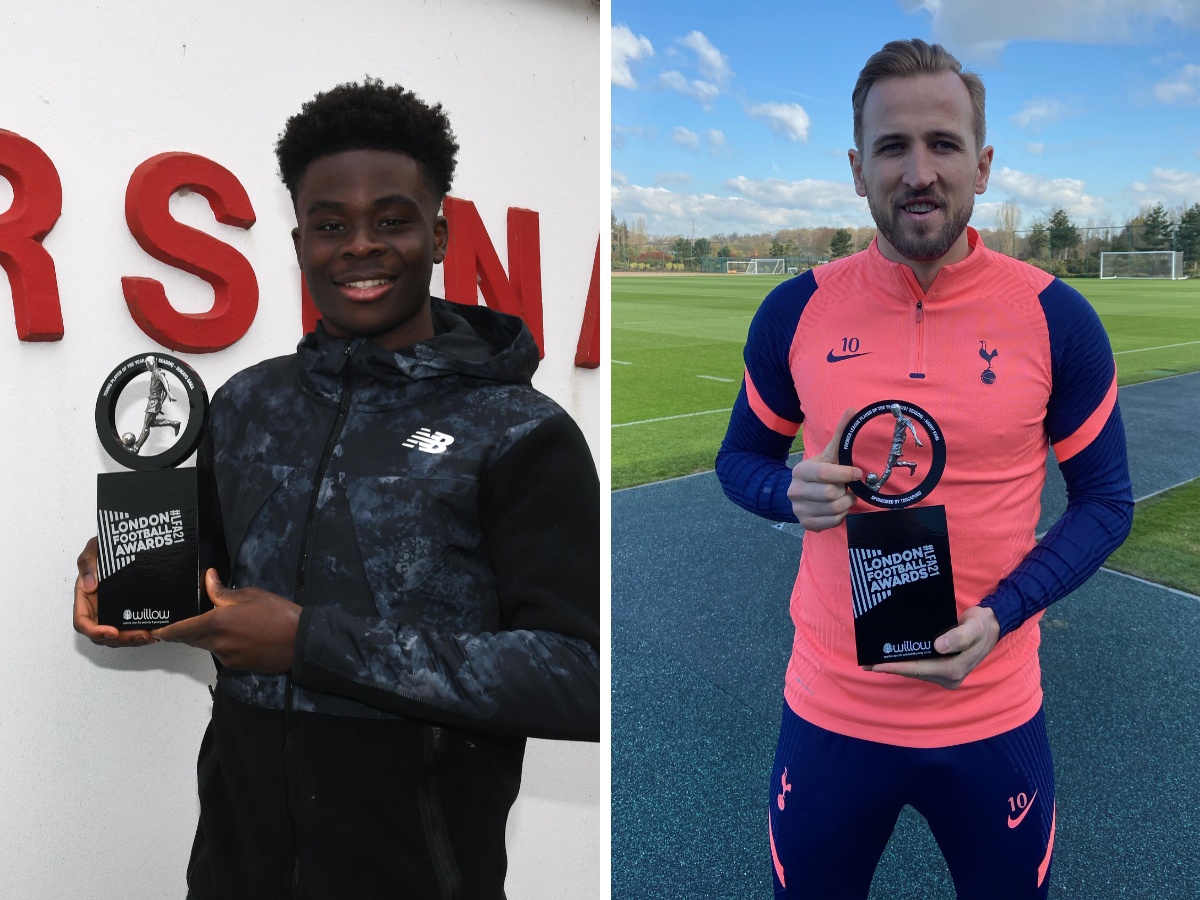 Spurs’ star striker enjoyed another ridiculously prolific season up top, with Kane bagging 21 goals alongside his 13 assists in the league this season to beat team-mate Heung-Min Son, West Ham duo Declan Rice and Tomas Soucek and Chelsea’s Mason Mount to win the Premier League Player of the Year award.

Fran Kirby beat Arsenal trio Vivianne Miedema, Jennifer Beattie, Leah Williamson to win the WSL Player of the Year trophy, having gone on a tear all season long with 14 goals and 10 assists to her name in the division.
Chelsea’s Niamh Charles was named Women’s Young Player of the Year, beating Tottenham’s Angela Addison and Arsenal’s Malin Gut to win the award.

Rice and Mount were also up for the Young Player of the Year gong, but 19-year-old Arsenal talisman Bukayo Saka took home the prize after his incredible 20/21 where he has become a key player for The Gunners.

Brentford striker Ivan Toney was named EFL Player of the Season after an unreal debut season in west London, with the 25-year-old bagging for the Bees 29 times since arriving from Peterborough United.