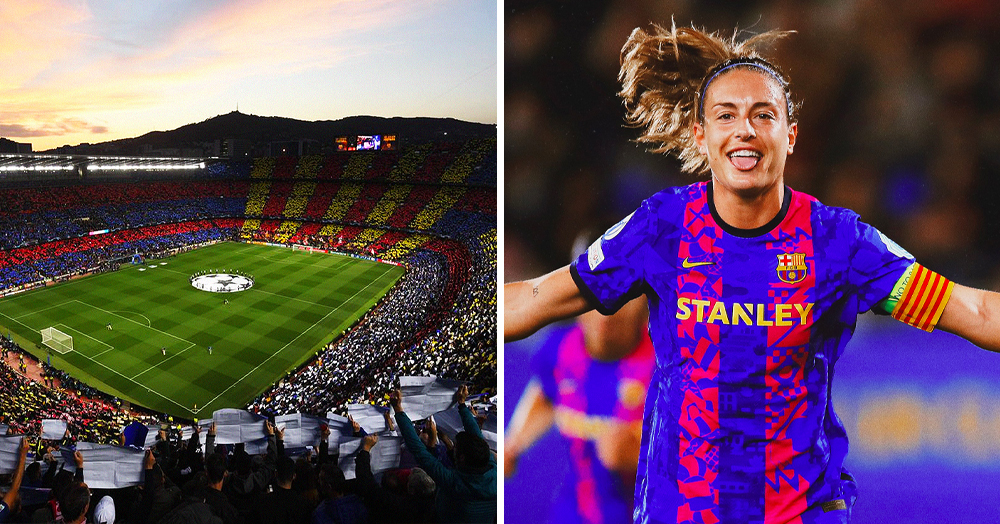 The first-leg of the Women’s Champions League ‘El Clásico’ quarter-final will be held at Barcelona’s Camp Nou on March 30th.

A rivalry steeped in history, will have another layer of heritage applied when Barcelona and Real Madrid step-out at one of Spain’s most iconic footballing grounds.

It will be only the second time in club history that Barça Women – current European Champions and 2020/21 treble winners – will play at the stadium since becoming a professional side in 2015.

Las Culés last played at Camp Nou in January last year against RCD Espanyol. A league fixture that ended 5-0 to Barça, and one that commemorated fifty years since a Barcelona Women’s side first played at the venue. No supporters were permitted to attend due to COVID protocols, another reason why this upcoming fixture is one to be excited by.

To celebrate the side’s exceptional achievements, FC Barcelona are hoping for the largest possible crowd to descend upon Camp Nou in support of players like Ballon d’Or winner Alexia Putellas.

Barça cruised through to the knockout stages of the competition by winning all six of their group games. Real Madrid qualified for the quarter-finals after finishing second in their group. A massive achievement for a side that’s never played UWCL football before.

In recent years we’ve seen more and more women’s games be played at ‘men’s grounds’. At the beginning of the season, Arsenal Women kicked off their WSL campaign by hosting Chelsea at the Emirates. A move the Gunners repeated last month against Barcelona in their penultimate Champions League fixture of the year.

To keep up to date with ticketing details, access information here.