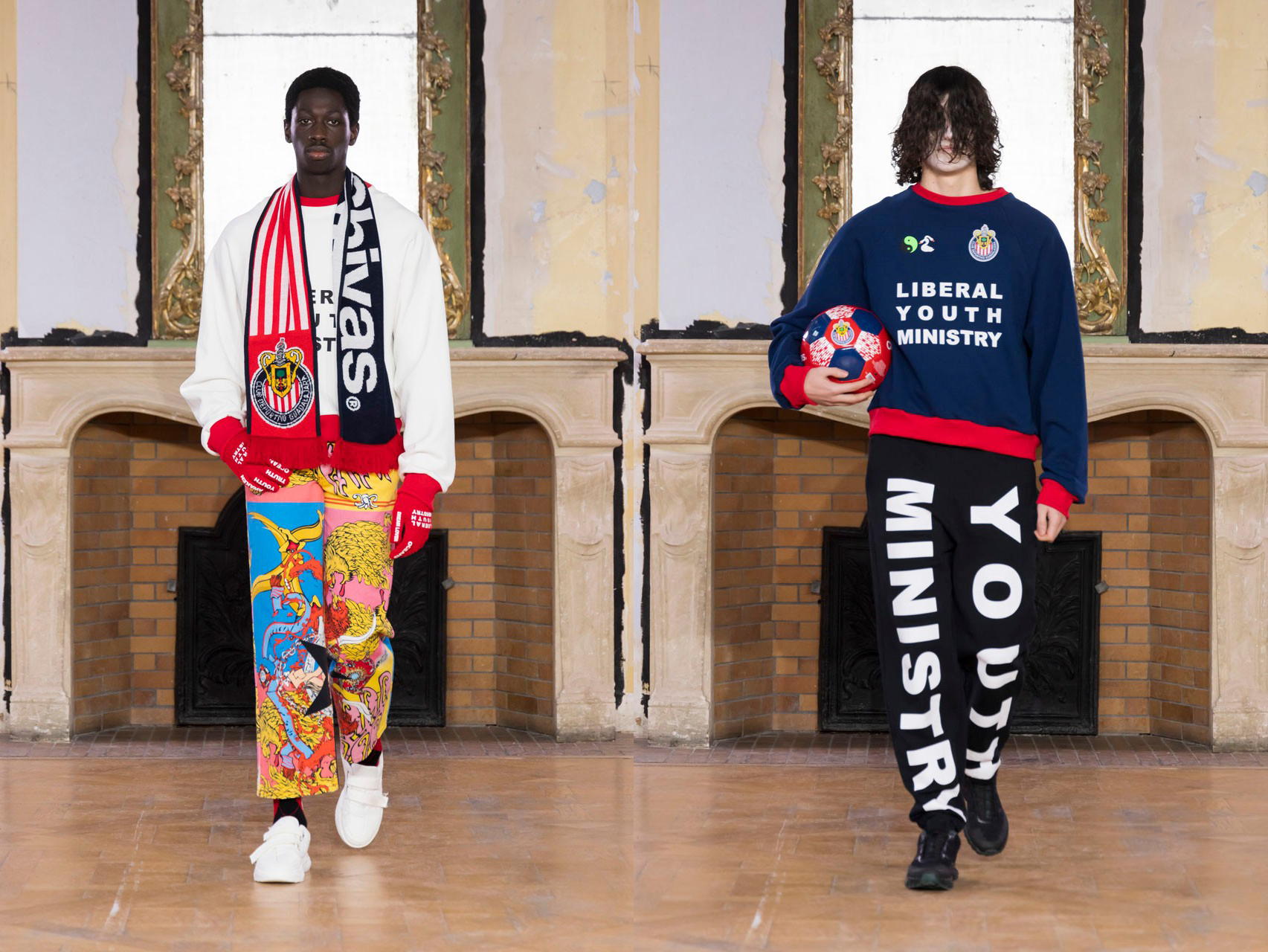 Guadalajara-born designer Antonio Zaragoza made his Paris Fashion Week debut with Liberal Youth Ministry’s FW23 show, and had football at the heart of it.

The collection, titled “Sinfonia Juventud” (Youth Symphony), expands upon the brand’s core principles of ‘young rebellion’, and the result was packed with bold patterns, exploded typography and a groundbreaking collab with one of the biggest football teams in Mexico, Chivas.

Zaragoza – a Chivas fan from a young age – became the first Mexican designer to exhibit a collection at PFW. And what better platform to show some Rebaño Sagrado pride than on fashion’s biggest stage?

The Chivas collab featured seven football inspired looks out of the collection’s 26, which ranged from scarves and gloves to jumpers and a custom Chivas ball. But this isn’t the first time the Mexican brand has delved into the world of football-fashion.

As well as releasing a series of jerseys as part of their SS21 collection, LYM also linked up with Juve to produce their 22/23 away shirt – an impressive attempt at capturing the blistering atmosphere of a packed stadium.

“Liberal Youth Ministry and soccer converge in an energy that is difficult to describe: you have to live, sweat, and feel it in every cell of your body,” explained Zaragoza.

In the fashion world, we rarely see those in power with a genuine understanding of football, yet with Zaragoza and LYM we have before us the potential for the love experienced by billions of fans to be translated onto the catwalk. We can’t wait to see what else he does.

Take a closer look at the collection below. 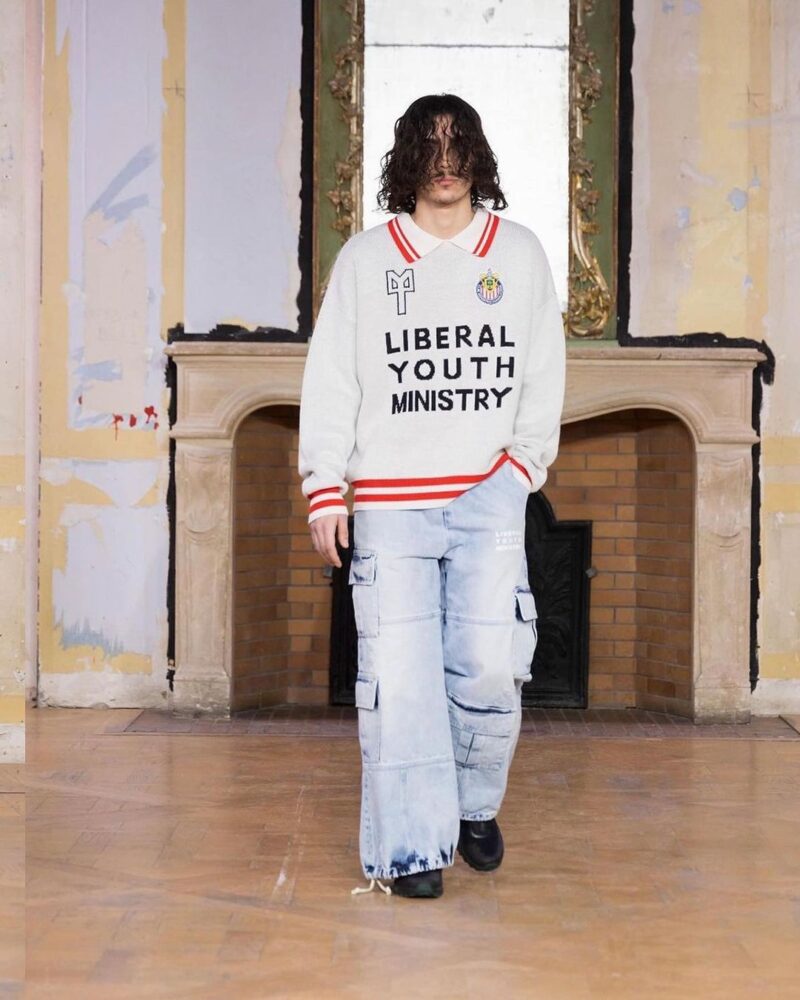 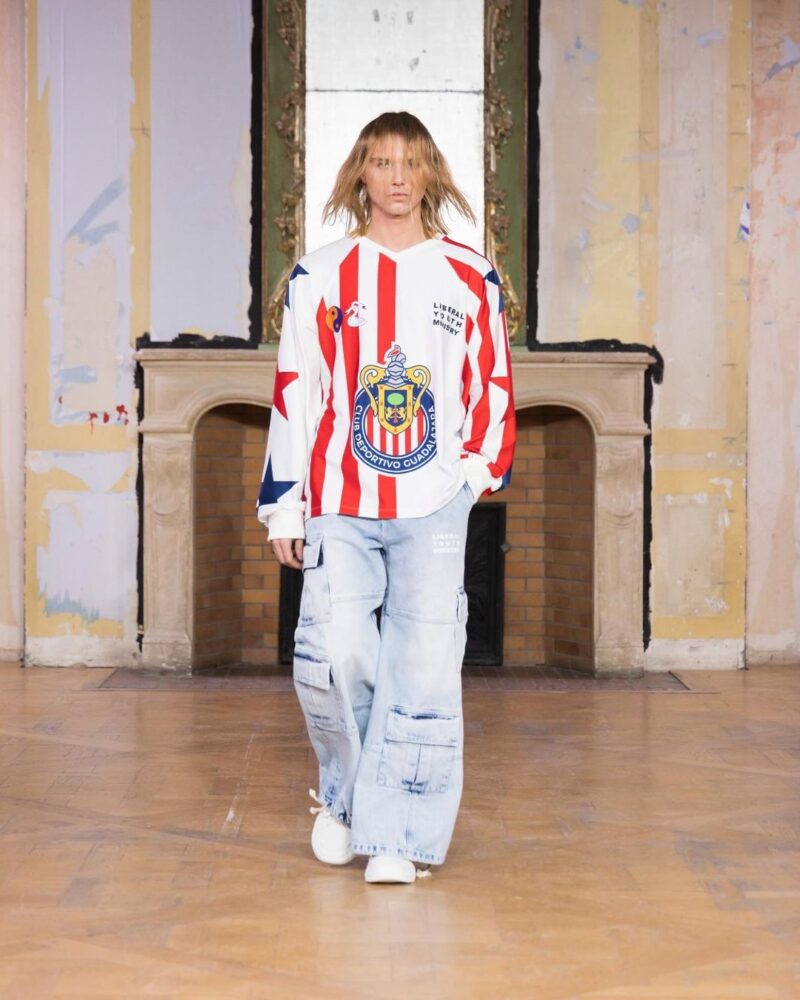 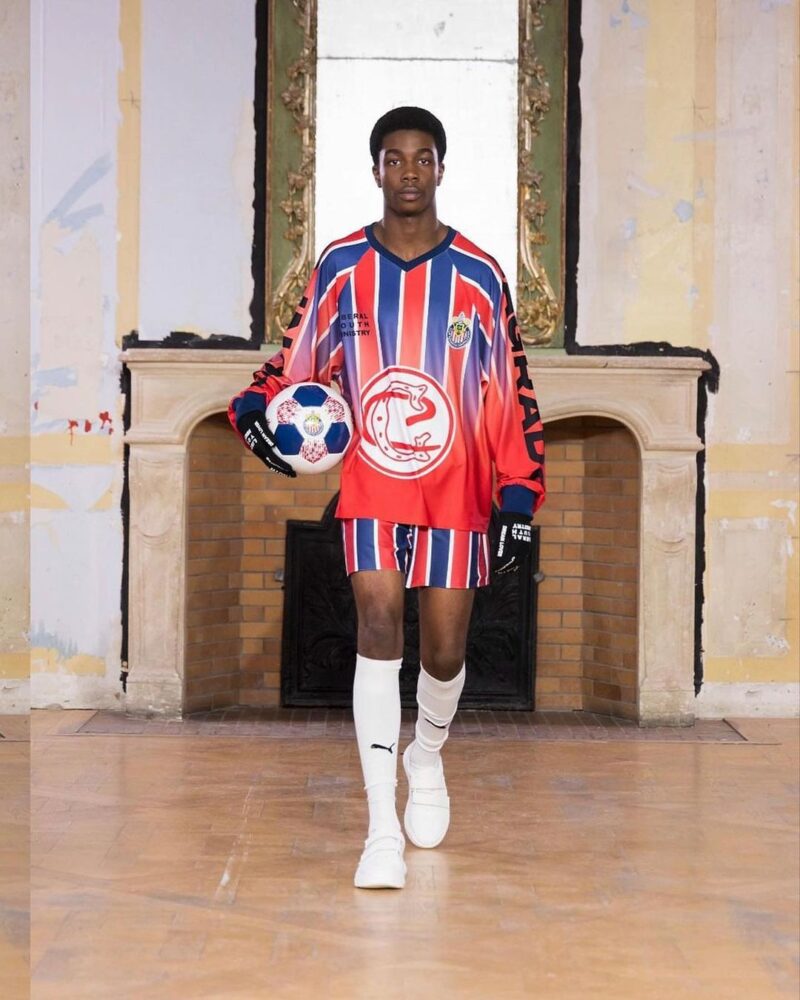 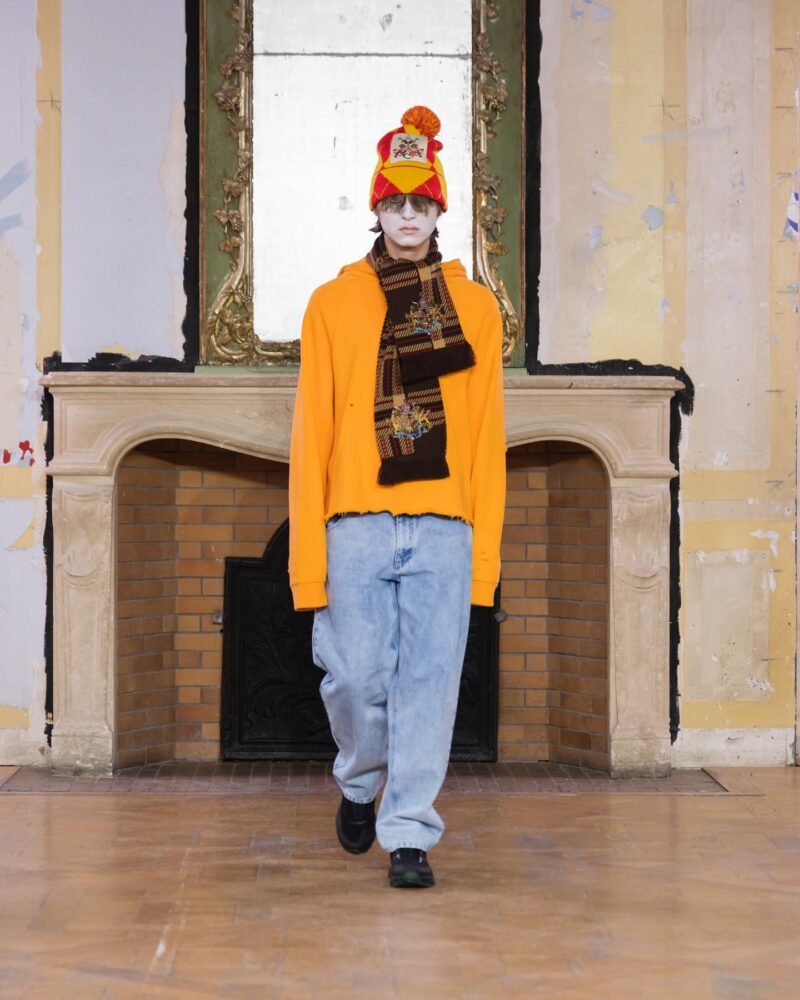 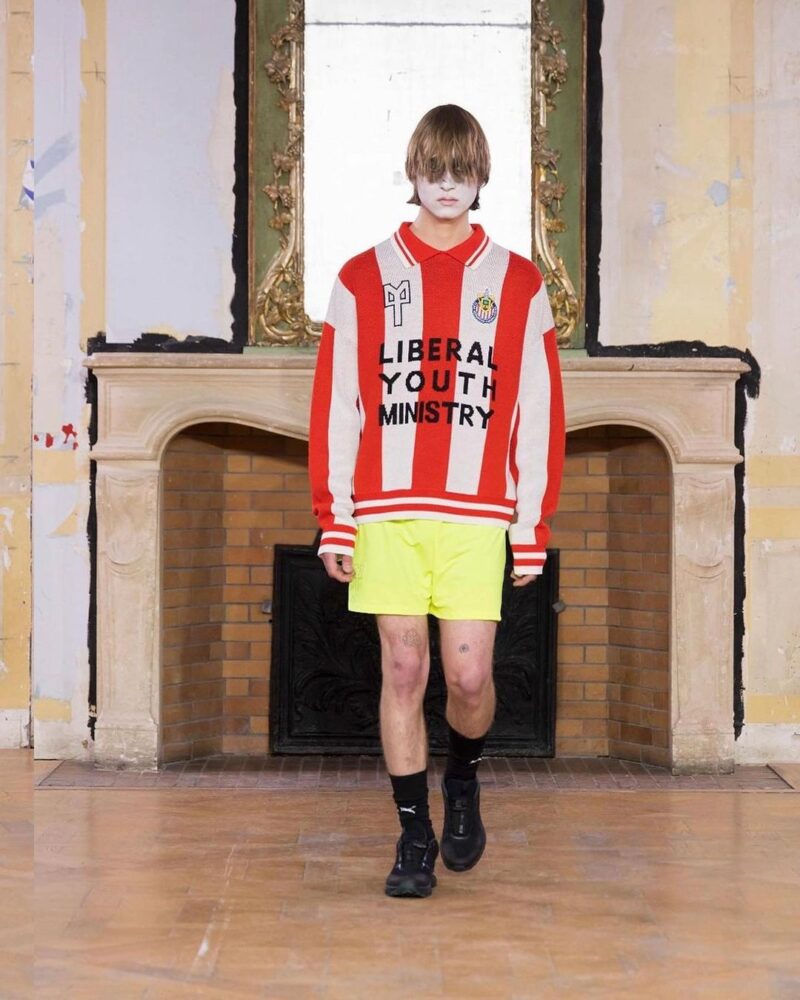