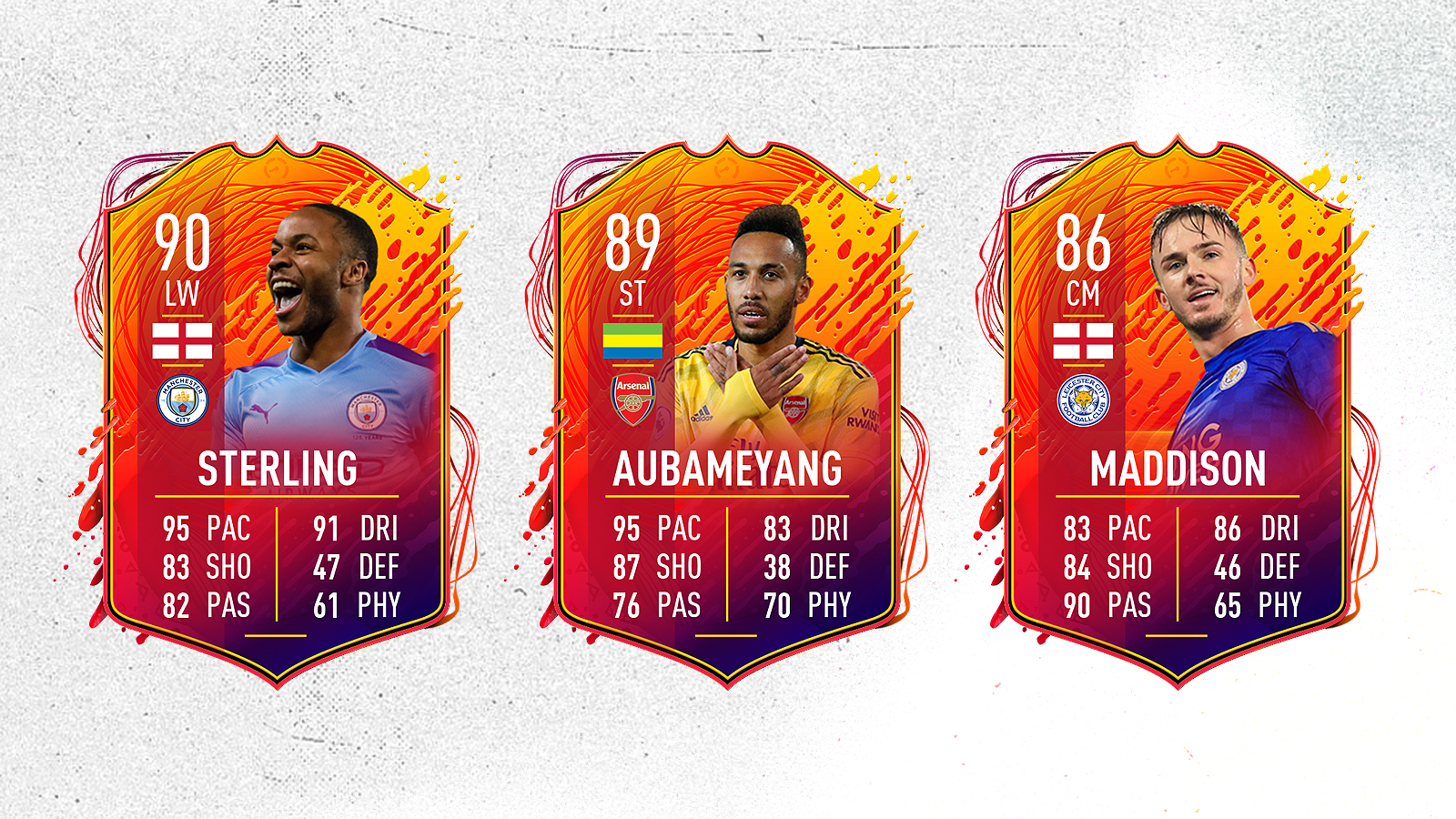 EA Sports just dropped the second wave of FIFA 20’s ‘Headliners’ – a supercharged team of ballers that have been on an exceptional run of form since the beginning of the season.

Leading the pack for round two is a 90-rated Raheem Sterling, a 95-pace Pierre-Emerick Aubameyang and all-round baller James Maddison who gets blessed with 86 dribbling and 90 passing. Other players to feature in the squad include Thiago Silva, Marco Reus, Gini Wijnaldum and Timo Werner.

The big deal with ‘Headliner’ cards is that they’re dynamic in-game items that always stay one step ahead of each player’s latest in-form card. For example, Reus’ latest IF item has an overall rating of 89, which is why his ‘Headliner’ card comes with a gamebreaking 90 overall. If he gets another Team of the Week card, his ‘Headliner’ will automatically upgrade to 91. 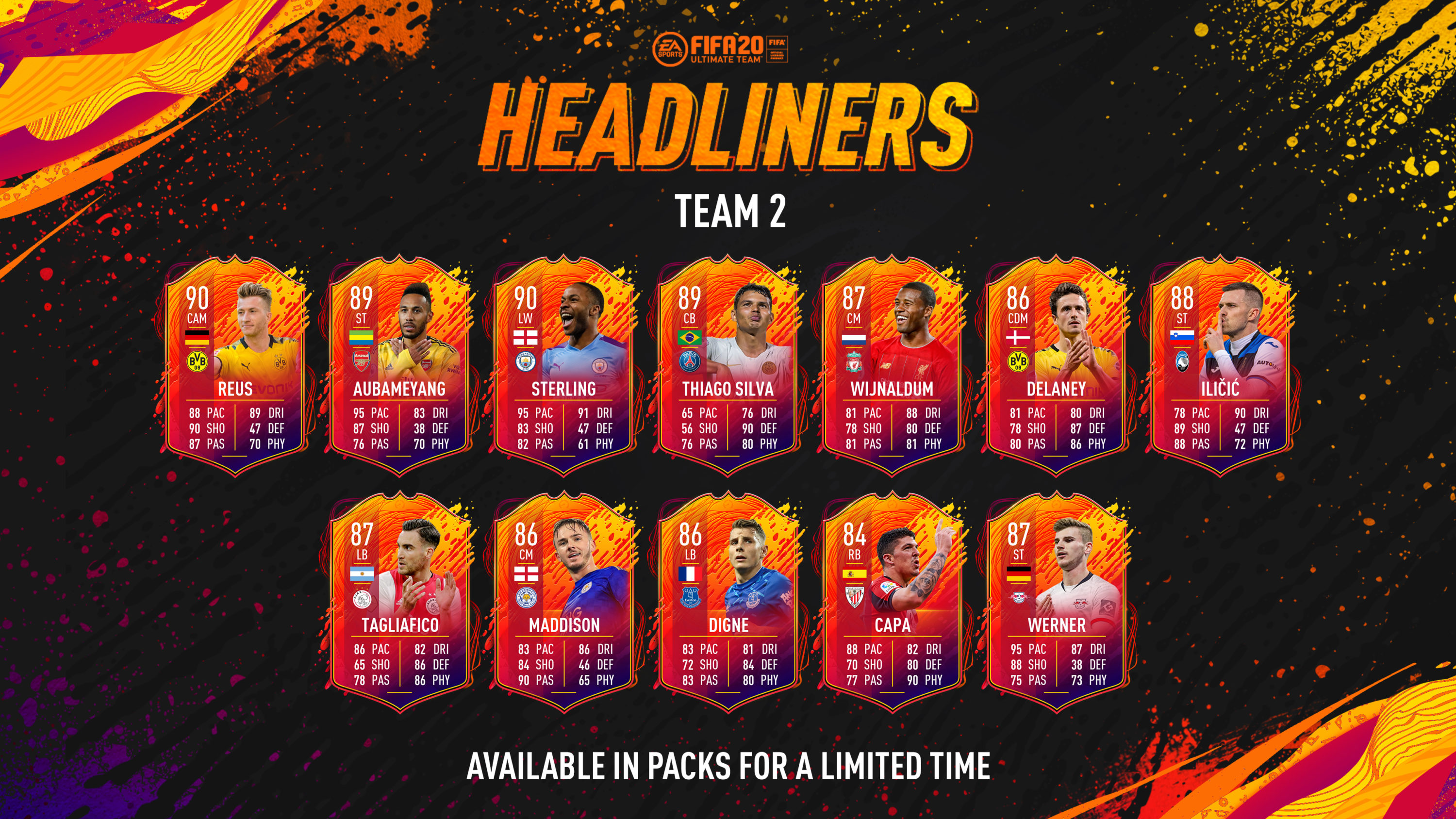 The new wave of ‘Headliners’ are available in FIFA Ultimate Team from 6pm until January 31st. In other FIFA 20 news, we chose 10 young players that deserve ‘Future Stars’ upgrades in this year’s Ultimate Team.