Whether it’s Kylian Mbappe stepping through events in the freshest Dior Jordans before they’ve even dropped, Luka Doncic practicing kick-ups before he scores 30+ points in an NBA game, or the England squad shooting hoops every day during their Euro 2020 camp; the connection between football and basketball is more visible than ever before.

‘The Crossover’ is a new series looking at how the relationship between the sports has developed, and what football can learn from basketball. As football continues to grow globally with clear aspirations to become a cultural phenomenon – not just a sporting one – there’s no better organisation to draw a blueprint from than the NBA. First up, we’re looking at the NBA’s game-day experience.

People who aren’t used to watching NBA games often complain about the breaks between quarters and the number of time-outs. However, play a game of basketball at NBA level and you’ll see that the high-intensity nature of the sport means that these breaks are more than necessary. Games can be decided by the smallest of margins, so having the ability to call timeouts to discuss tactics with your team can make all the difference in the world. The game clock stops every time the ball is out of play, so a 48-minute basketball game can actually turn into a 2-3 hour evening of entertainment.

In general, American sports make a deliberate effort to deliver an experience that the entire family can enjoy; so the NBA utilises breaks in the game to put on entertainment to ensure the crowd is engaged for the entirety of the evening.

So, what type of entertainment can you expect to see during the breaks at an NBA game? During timeouts, the cheerleaders are there hyping up the crowd, throwing free t-shirts in the direction of screaming fans, the teams mascots are there providing laughs for the younger fans, and “Dunk teams” perform triple-backflip dunks off mini trampolines. The Drip Cam shows off the freshest fits in the crowd, the Detroit Pistons recently had an “ice cam” for fans to show off their jewellery, and you already know about the number of viral moments produced by the infamous ‘kiss cam’.

During a Premier League game, half-time is when you’d typically want to go and get something to eat or drink, but at an NBA game, you probably want to stay in your seat. One of the best examples of the NBA being in touch with the culture was when the LA Clippers had the late Nipsey Hussle performing on centre court to celebrate the release of his ‘Victory Lap’ album during half-time. Nip even had YG there with him for a live rendition of the LA anthem “Last Time That I Checc’d”.

Outside of music, half-time acts at NBA games might take you by surprise. Rong Niu aka “Red Panda” has become a cult hero – the 5-foot tall acrobat has been riding a 7-foot unicycle across NBA courts since 1993 whilst flipping tall stacks of glass bowls onto her head (I know how random this sounds, but search Red Panda up on YouTube and you’ll be shocked at the skill!). 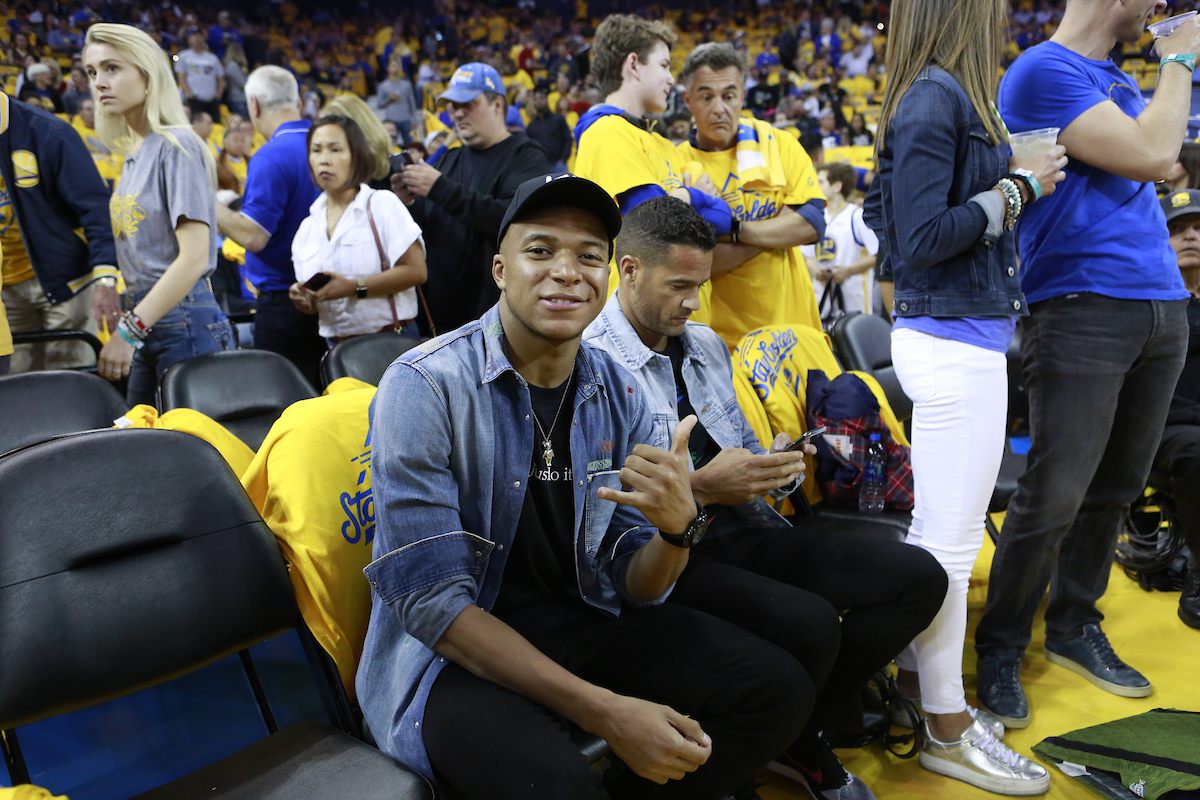 Celebrity Row a.k.a. sitting courtside at an NBA game (bonus points if its Madison Square Garden in NYC) is the place to be seen for A-listers. Whether it’s other athletes, musicians, or actors, the best seats in the house are usually occupied by some of the biggest name stars in the world. The players often show love to their fellow superstars before, occasionally during, and most definitely after the games; however, it’s not just celebrities that get love from the players. NBA stars interact with their biggest fans before and after every game. It might be something as simple as fist-bumping a kid they walk past who’s wearing their jersey, or signing a pair of shoes and passing them into the crowd. NBA fans are as close to their heroes as you could possibly be.

This might be the most important part, and the biggest lesson that football could take from the NBA. I don’t expect to see Red Panda during an FA Cup game anytime soon, nor do I expect football fans to embrace half-time rap performances, but interacting with some of their biggest fans – in particular young people – could just change a future star’s life.

I understand that the game-day experience of a football match is a culture that has been ingrained for generations, but the NBA’s ability to turn a sports game into an entire evening of entertainment for any level of fan is something to be admired and respected.