Kyle Walker is on a mission to make footballers feel more comfortable talking about mental health. In the midst of a glittering career at club level, the Sheffield-born defender has had to bounce back from difficult moments, too. Last year – in the space of just a few months – he lost the two biggest games of his career in the Champions League and Euro 2020 final, while he also admits he’s seen how the pandemic affected the mood in his own changing room first hand.

This year, to mark Mental Health Awareness Week, Walker has partnered with PUMA, the Campaign Against Living Miserably (CALM) and EA Sports to drop a one-of-a-kind kit collection in FIFA 22. The kits have been designed by Walker himself and have been made to help open the conversation around mental health and challenge the stereotypes that prevent people seeking the help they need. In addition to advancing the conversation on mental health via the kit release, PUMA have also made a significant donation to CALM to support their life-saving services and help those who need it.

The home kit design reflects every stage of Walker’s football career; documenting the highs including Premier League title victories, to the lows of defeats in major finals for the PUMA ambassador. The colours on the kit represent each club the full-back has played for and is a tribute to the role of the clubs in making him the teammate and father he is today. Meanwhile, the away kit is a vivid demonstration of the challenges surrounding poor mental health. Key statistics and phrases are included across the kit highlighting that 125 people die by suicide every week in the UK, with 75% of those being male.

VERSUS spoke to Kyle Walker ahead of Mental Health Awareness Week, with the Man City star speaking honestly and vulnerably about his own low moments, the pressure of living life in the media spotlight, and why he’s passionate about using his own experiences to advance football’s conversation with mental health. 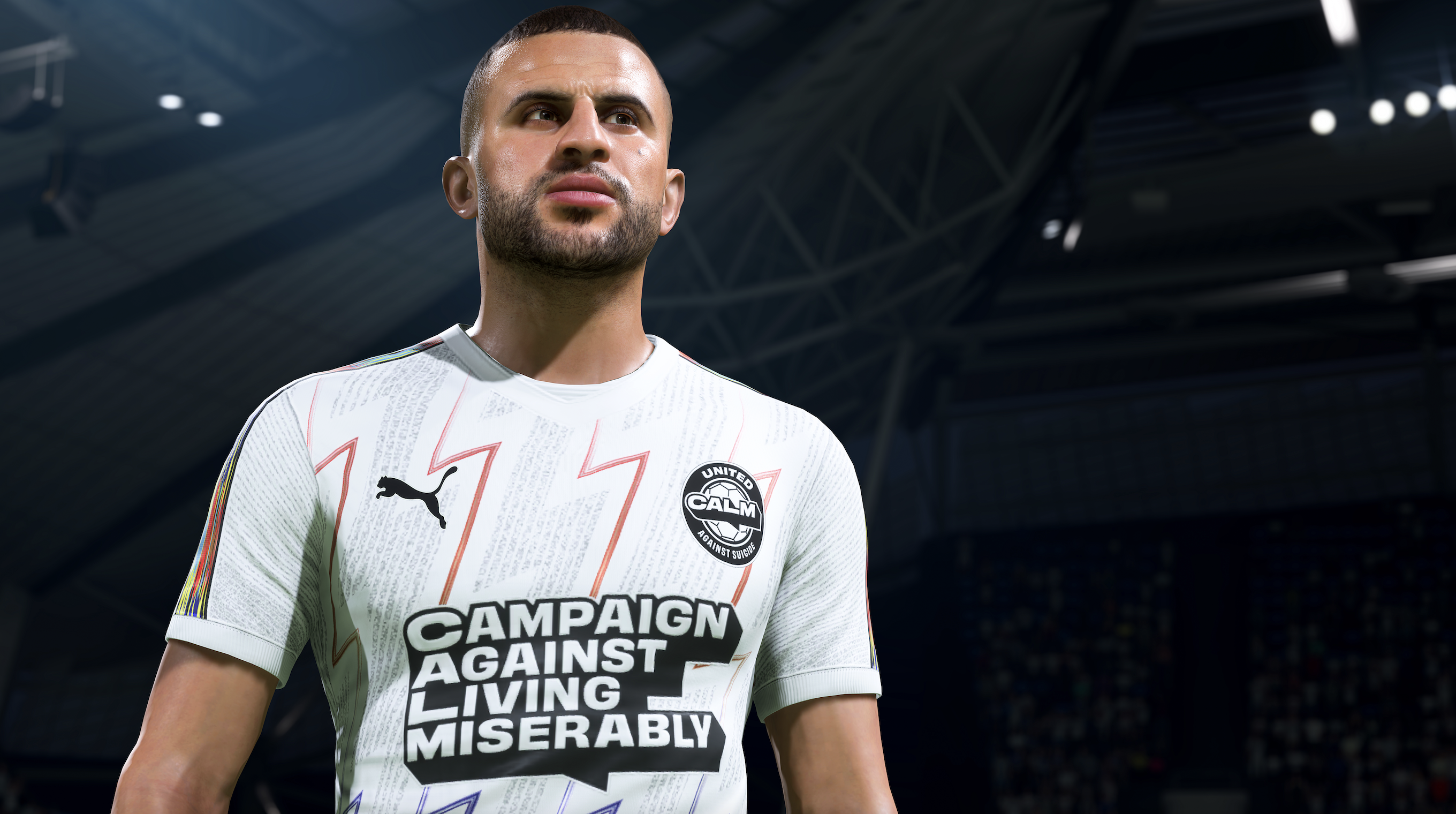 VERSUS: Leading the way on the pitch is normal for you and your City team but today, you’re leading the way off it, too. You’ve linked up with CALM and PUMA to design a special kit ahead of Mental Health Week that will be going into FIFA 22. Why is this so important to you?

Kyle Walker: I think it’s for various reasons. Personally, a few things have happened within the last year. People have lost their lives. Mental health isn’t just important in football, it’s important in everyday life. The pandemic was something we never thought we would see in our lives.

People have spent a lot of time having to sit with their thoughts and lots will have felt quite alone – and this is actually something a lot of footballers will be used to, whether it’s through injuries or being released as a young player. I think it’s vital that we all stand together and have each other to lean on.

When you are younger, football is seen as fun and escapism. Now, football is your profession and something you have dedicated your life to. Has your view on the game changed much compared to when you were younger?

I wouldn’t say my view on the game has changed much. It is my profession and my job, but it’s also a job I love. It’s a job I wouldn’t change on any day of the week. My love for football is still there and how I enjoy football is still there. As I get older, I do think about the pressure football players are under to achieve the three points come the end of each game. For managers, jobs are on the line and for players, jobs are on the line too. You could be moved on or frozen out of the team on the back of a bad game. That can be tough. 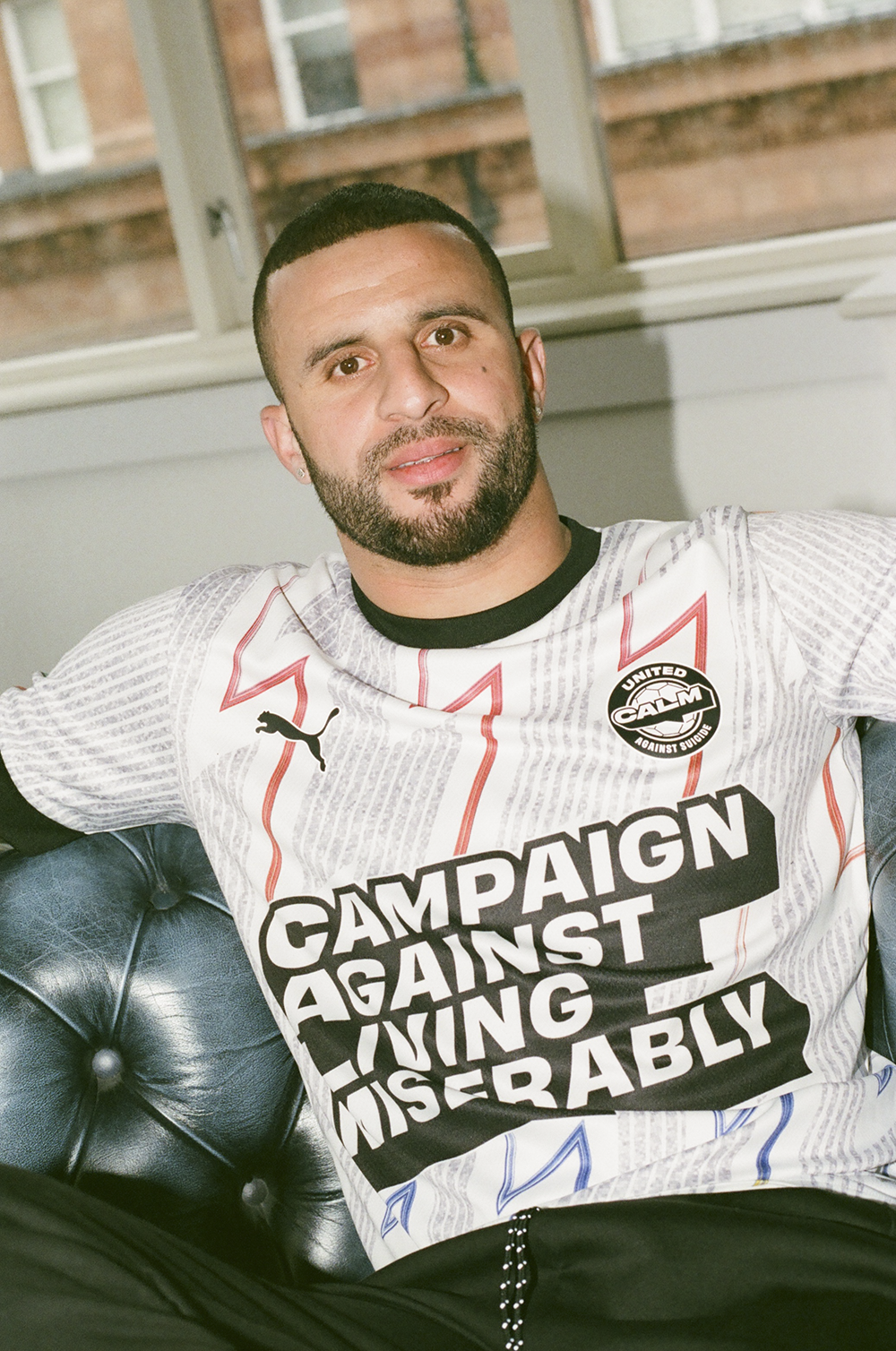 In the modern game, everyone has a voice and can share their opinion. How have you coped when discussions around your name have taken the spotlight online?

It’s all about blocking things out, whether it’s good or bad. Some people get really down and feel the effect of social media when they start listening to the good things, but find it hard to deal with the bad things when they come in. We have a split second over 90 minutes to make certain decisions and nine times out of ten, it might be right. But you will have that one occasion where you make the wrong decision, which may lead to a goal for the opposition. No one wants to be in that position but it’s just part of the game.

Life can’t always be rosey and there are tough moments from injuries to cup final losses. What would you say has been your lowest moment?

You experience lows every season. Whether that’s getting knocked out of the cup or falling short of what you want to achieve. Last year not winning the Champions League final and the Euros was definitely the toughest two month period that I have had to deal with personally.

I ask myself if winning the Champions League would have made the Euros easier to take but the answer is no, because I wanted to win them both. However, I got to both finals and it’s something I thought I would never do in my career. Getting to a Champions League final and representing your country at a final is something you have to take the positives out of. It was an achievement and a step in the right direction for both club and country.

“We spend more time with our teammates than our own families. You can sort of gauge when someone is not right…”

How did you overcome that especially in an environment where you are expected to just keep on moving?

I had to look at the Champions League final and realise that I had another massive tournament starting soon in the Euros, so I had to switch my mindset to one that said ‘what’s done is done’. I could not affect the past but I could prepare for what was next. I feel that’s what most professional footballers have to do.

With football, you spend so much time with your teammates that they are practically your family. Do you ever have conversations about how each other are feeling?

We spend more time with our teammates than our own families. You can sort of gauge when someone is not right or when someone is feeling a little under the weather. Everyone can be going up and down, having bad and good moods but it’s how you approach people and how you make them feel comfortable about opening up to you. It’s super important.

What do you hope the legacy of the new kit in FIFA 22 will be?

I hope it brings awareness! It’s been tough for everyone but football kept me going and on the right path.

Thinking back to your younger self coming through the ranks, what advice would you give yourself knowing what you know now?

The list is endless! But if I could tell my younger self one thing, I would want to learn. Previously, I have not taken much on board from what people have said even though they know best. I was naive and young to think people who supported me wanted to just talk. Now that I am older, I realise people don’t say things for their own benefit. They are looking out for me and care for me.

EA Sports FIFA 22 players can unlock the special kit now in FIFA Ultimate Team. The physical home and away jerseys are on sale for £40, through PUMA.co.uk and prodirectsoccer.com.