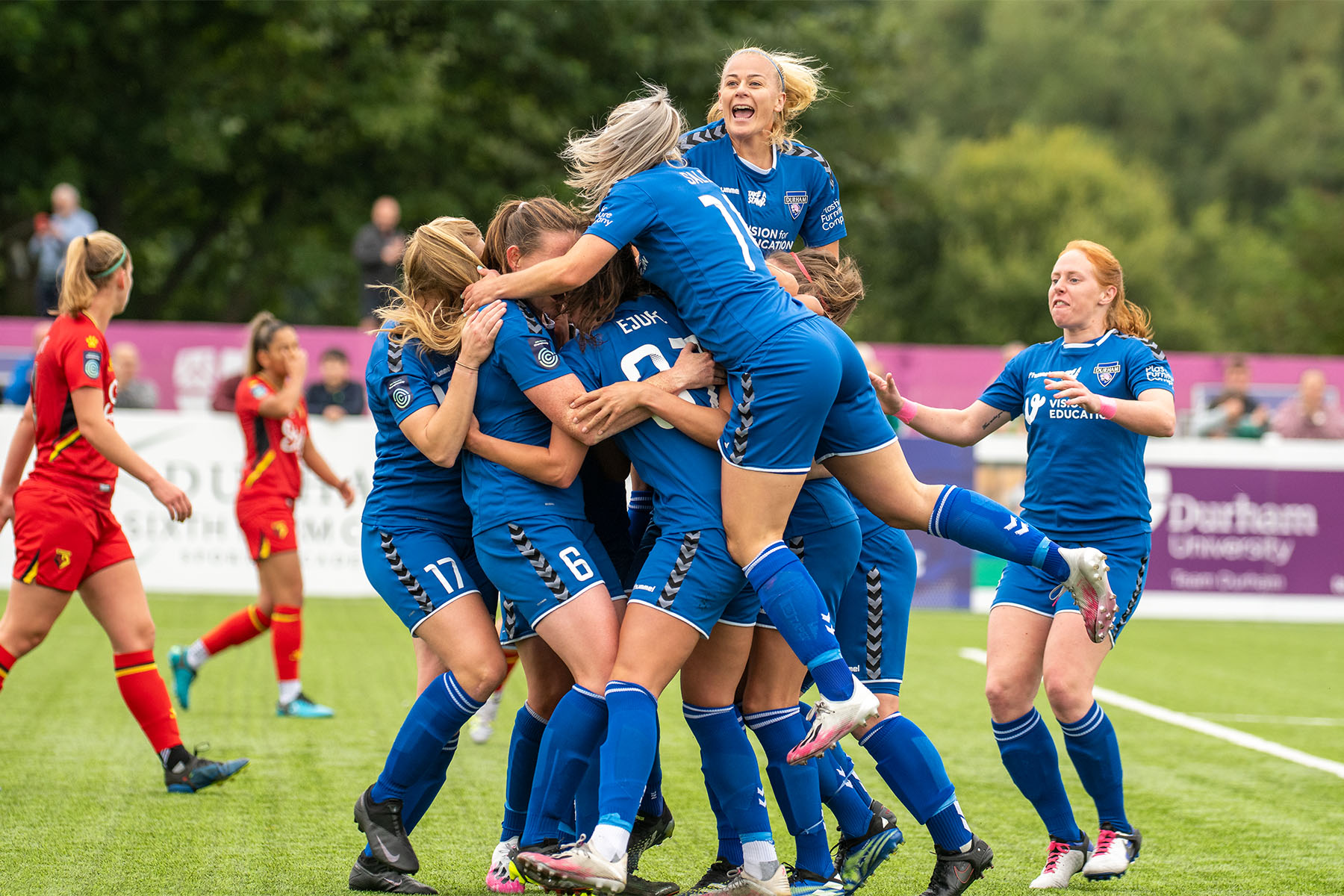 Durham Women FC announced they’ll be transitioning to a full-time training model ahead of next season.

In recent years, the club has operated using a hybrid model but decided to take the next step in their progression as they prepare for the new campaign.

The club will continue to train at Maiden Castle’s state-of-the-art facilities, as they look to beat their sixth place Championship finish earlier this year.

Commenting on the full-time model, Manager Lee Sanders said: “This is a hugely positive step and the natural one for the club to take as we look to build on the successes we have had in recent seasons.

“It’s the right thing to do for the players and our staff and gives the younger players at the club the knowledge that this is something they can pursue as a career at Durham.”

Club Captain Sarah Wilson added: “It’s incredible and so exciting for the club. There has been so much work gone into making this happen, and I am very grateful to have the opportunity. It’s something that I’ve dreamed of being able to do since I first started playing when I was eight years old.”

Durham Women FC are set to take their next step ahead of the 2022/23 season – and will be transitioning to a full-time training model.

This season has seen unprecedented levels of interest in women’s club football, with WSL viewing figures increasing from 8.83 million viewing hours in 20/21 to 34.048 million hours in 21/22.

Durham Women FC turning fully professional is an indication of tides changing in the women’s game, and comes just weeks after newly promoted Championship side Southampton announced their move to a full-time model.

Young players growing up in the North East can now look further afield than Sunderland when looking to make their mark on the women’s game.