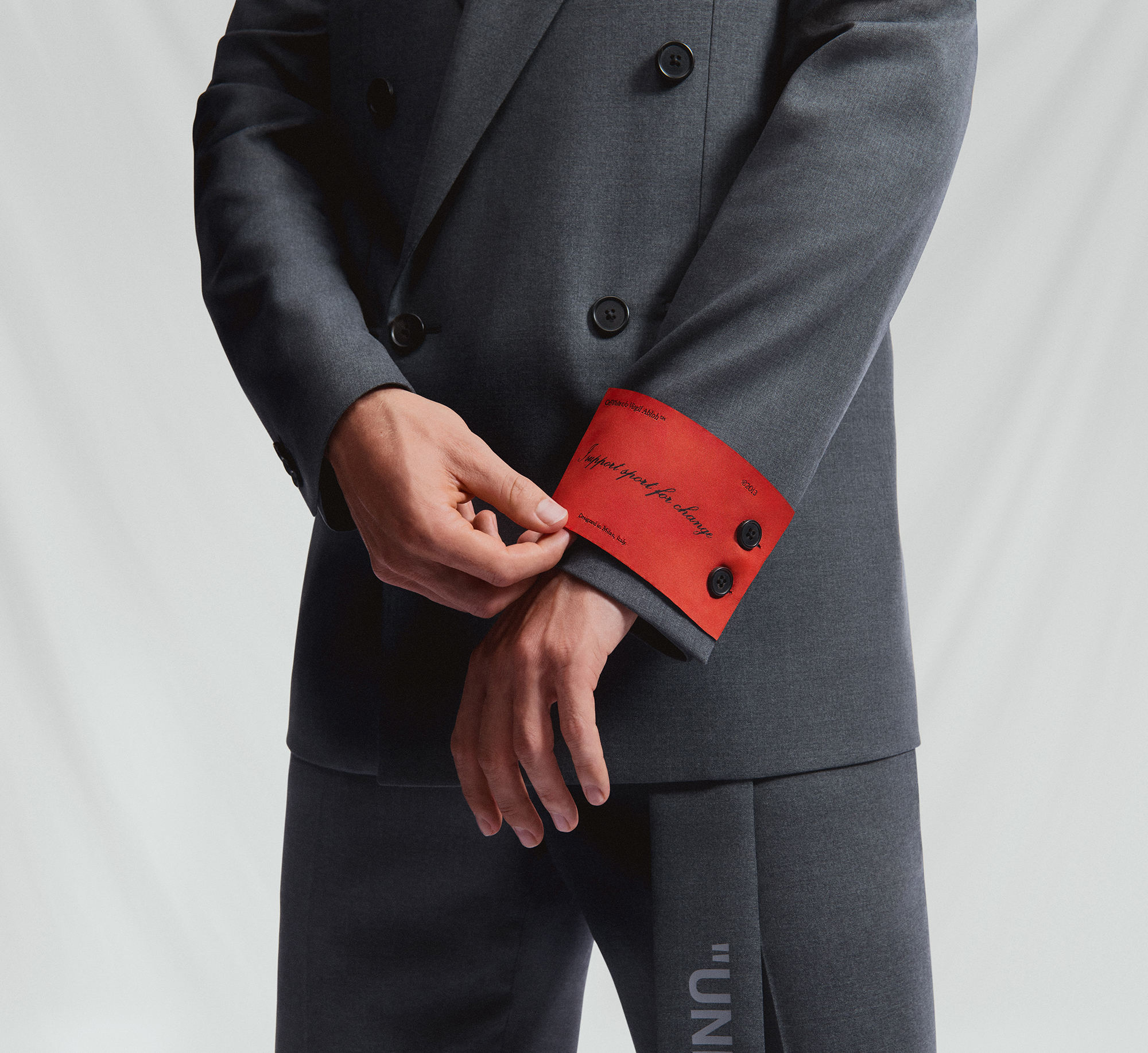 AC Milan’s highly-anticipated partnership with Off-White will officially launch this week as I Rossoneri rolls into London for a Champions League clash against Chelsea.

After a collaboration between the two was reported in August, a statement from AC Milan has officially confirmed a game-changing partnership with the Virgil Abloh-founded brand, with Off-White signing a deal to become the Serie A champions’ “Style and Culture Curator”.

As part of the deal, Off-White will provide clothing for the men’s and women’s teams, with the former wearing their new official outfits for the first time in their away match at Stamford Bridge this week.

In a teaser image released by the club and shot by Campbell Addy, the first Off-White x AC Milan piece appears to be a grey double-breasted suit with a red label attached to the cuff reading “support sport for change”. More details of the first official outfit are expected to be revealed before tomorrow night’s game.

In addition to providing pre-match fits for Milan teams, Off-White will intersect its legacy as an unapologetic disruptor in culture to support AC’s aim to be the most culture-forward club in football, including community activations and projects to support ‘Fondazione Milan’, AC Milan’s charity foundation.

More and more Italian clubs are starting to open their doors to partnerships in this mould, with Inter having partnered up with Moncler last season and Roma announcing a partnership with Rome-based super-brand Fendi earlier this summer.