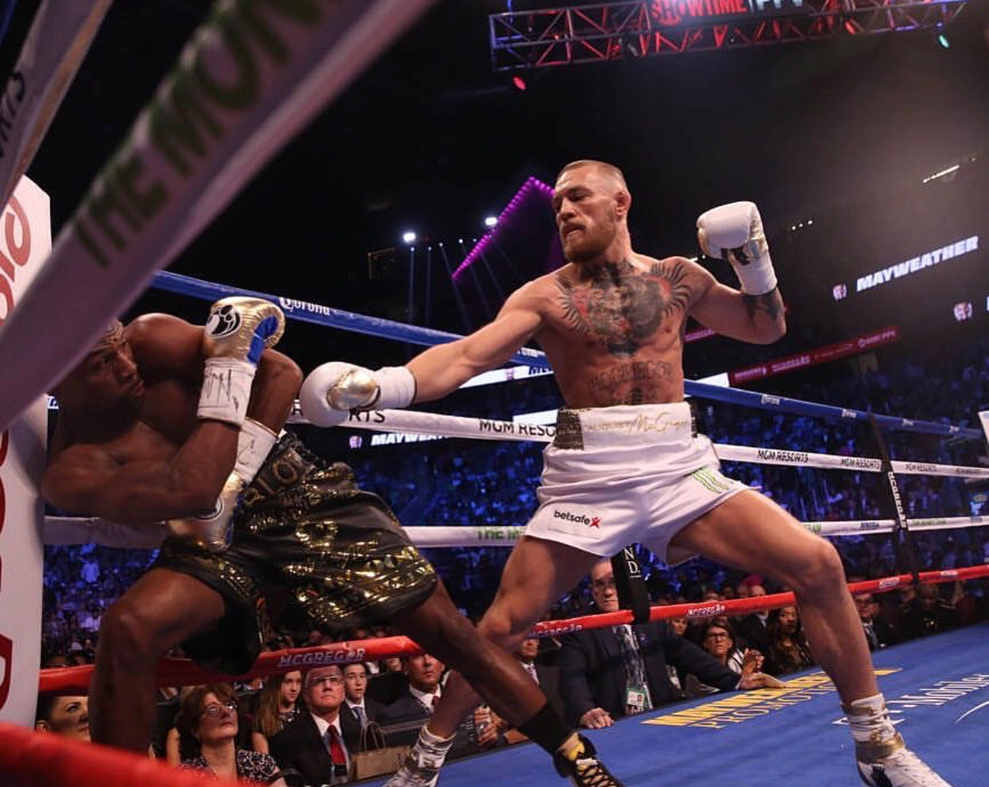 Last night, Floyd Mayweather extended an olive branch to Conor McGregor by inviting him to train with him at his Mayweather Boxing Club.

Speaking to TMZ Sports, Mayweather said, “Conor McGregor, he’s a tough competitor, like I said before Conor McGregor’s not gonna back down from anyone, he’s not scared, he’s a warrior. I know the UFC got a training facility, but we’d like him to work out at the Mayweather Boxing Club.”

Floyd Mayweather has an invitation for Conor McGregor ahead of #UFC229

The pair haven’t exactly been on talking terms since Floyd defeated Conor by TKO in the 10th round in their fight nearly exactly a year ago – and the Irishman swiftly rejected Mayweather’s peace offering ahead of his huge UFC229 fight.

Fuck the Mayweathers, except Senior and Roger.
There is no peace here kid.
Step up or step down.

Mayweather has since resumed their long-lasting spat, where he has responded by saying that his fight against McGregor was “the easiest 9 figures I ever made!”

Easiest 9 figures I ever made! All work is what ? #MayweatherPromotions#TMT#TBE pic.twitter.com/32WGa78AHV

McGregor will take on Khabib in UFC229 in October.