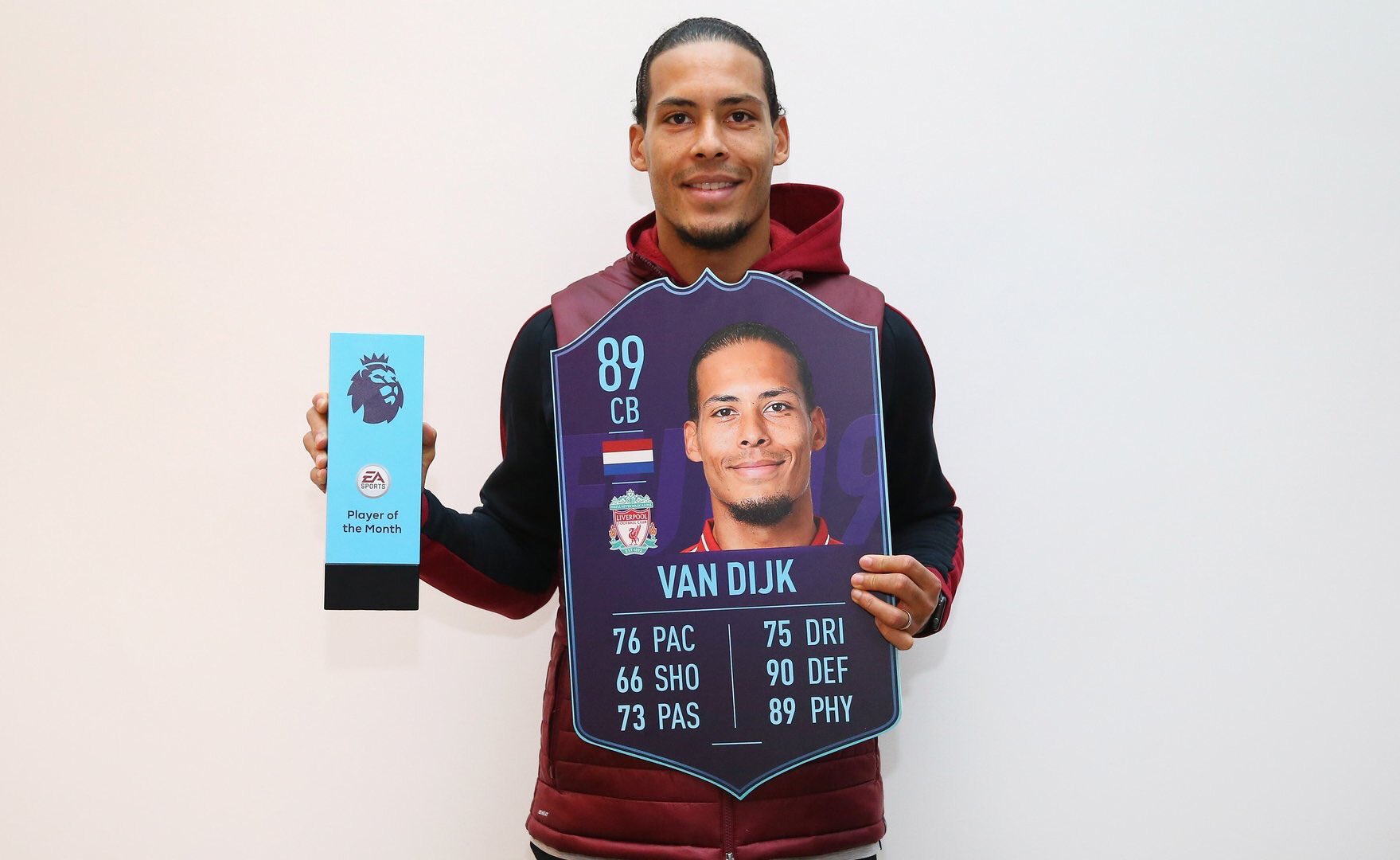 Virgil van Dijk has just won the Premier League Player of the Month award for December – becoming the first center-back to win the award since Jan Vertonghen back in March 2013.

December saw van Dijk have a colossal month for Liverpool, cementing their place at the top of the Premier League with seven wins out of seven games, with four clean sheets, two assists (of course that one against Everton counted) and a tidy volley versus Wolves and became the first Dutchman to win since Tim Krul in November 2013.

van Dijk recieves an 89-rated POTM card which is available now on FIFA 19 Ultimate Team, which sees the Dutchman receive a 90 defense rating with 89 physicality. You’re not going to get past that easily.

Thanks to everyone who voted for me! Buzzing to make the #FIFA19 team of the year 🔥 97 Physicality 👀 😂💪🏾#TOTY #FIFA19 #FUT @EASPORTSFIFA pic.twitter.com/RWkjGD0K85

The news comes after big Virg was selected as part of the FIFA 19 Team of The Year, where he was awarded a monstrous 95-rated card.