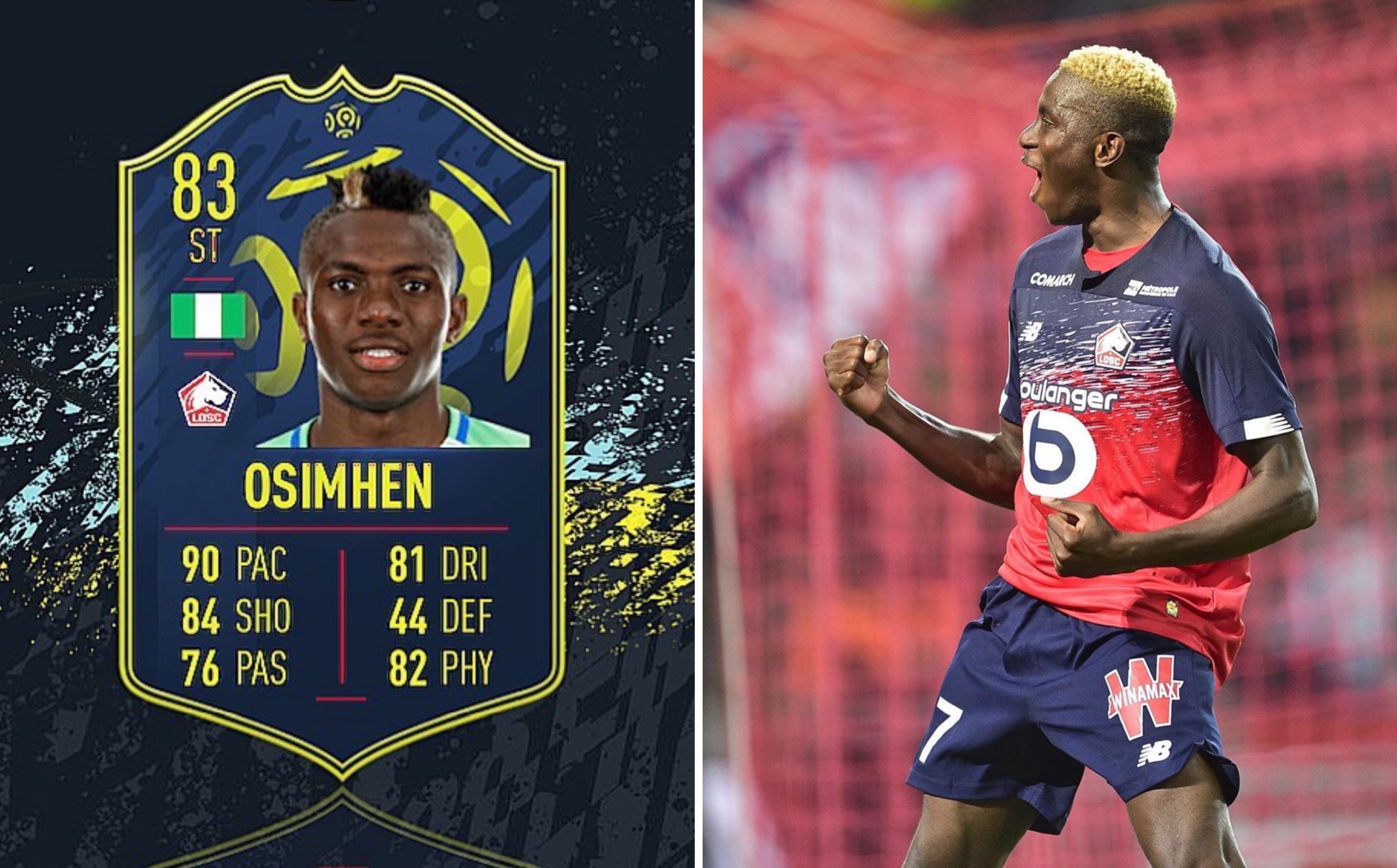 Young Nigerian baller Victor Osimhen has secured the Ligue 1 Player of the Month and received a cold new 83-rated card for his efforts in September.

‘Osigoal’ is the current Ligue 1 top scorer, having bagged 7 goals and 2 assists in the division so far this season. He gets blessed with an absolutely stacked card complete with game-breaking stats such as 90 pace, 84 shooting and 82 physicality, making him a sure fire pick up in Ultimate Team SBC.

Osimhen is one of many sick Naija ballers breaking through at the moment, and has one of the best comeback stories in the modern game. Last year, Malaria had weakened his body to the point where he failed trials at Club Brugge and Zulte Waregem – now he’s won Ligue 1’s POTM for Lille after scoring 19 goals for Charleroi last season.

Naija’s latest star boy is on the rise.

In other young baller news, Karamoko Dembele has reportedly pledged his international future to England over Scotland.