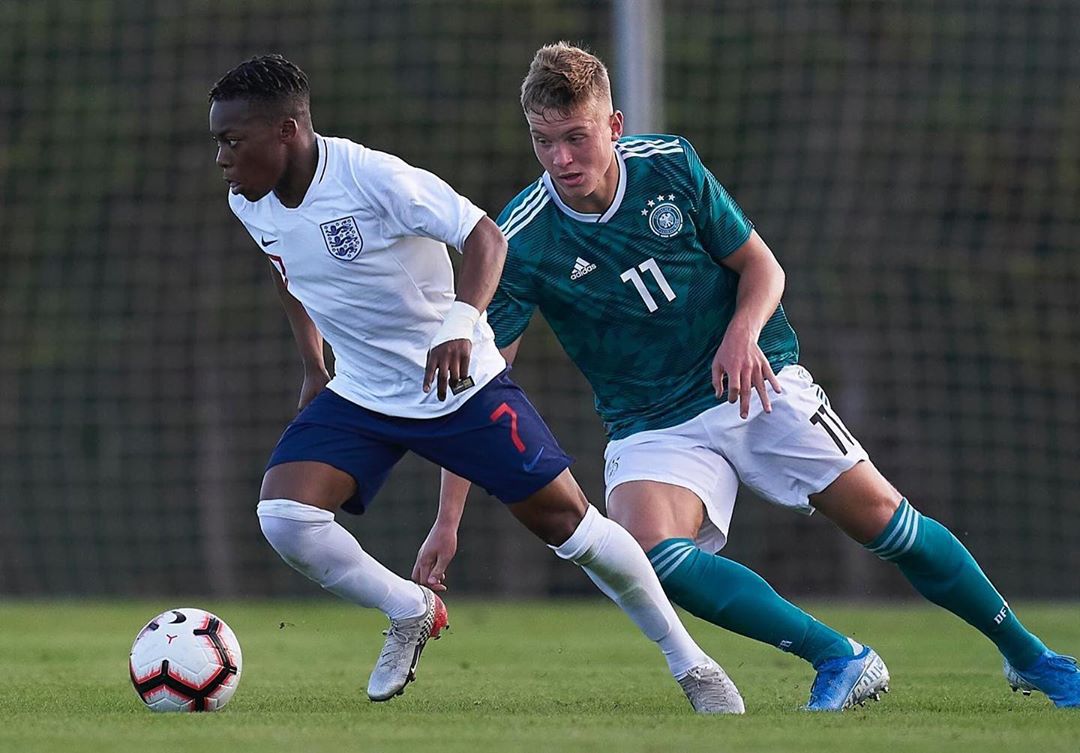 16-year-old Celtic sensation Karamoko Dembele has decided to commit his international future with England, according to new reports.

Dembele was born in London to parents from the Ivory Coast and was just one when his family moved to Glasgow and has been raised in Scotland ever since, coming up through the ranks at Celtic’s Academy to make his first appearance for thee club at the end of last season.

16-year-old Celtic prodigy Karamoko Dembélé made his first-team debut and stole the show.

Dembele will now commit to play for the Three Lions youth sides after turning out for both Scotland and England’s Under-16 and Under-17 sides. He scored for England Under-17s earlier this week in their 2-2 draw with Spain and also featured in England’s game against Germany during the international break.

In other young baller news, re-watch Eddie Nketiah and Callum Hudson-Odoi run the show in England U21s 5-1 Victory against Austria earlier this week.