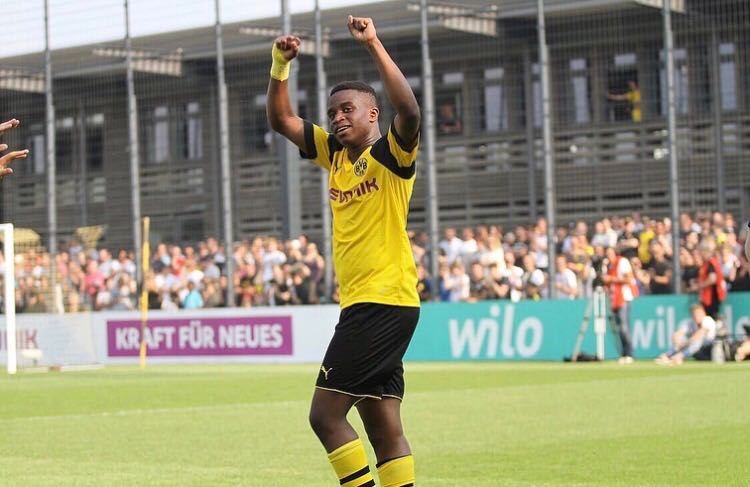 At the age of 14, Borussia Dortmund’s Youssoufa Moukoko has just become the youngest player to ever score in the UEFA Youth League.

The UEFA Youth League is for players aged 19 and under, and Moukoko took to the pitch alongside players up to five years older than him. He grabbed the games’ opening goal in dominant fashion, sprinting past the defence before cooly slotting past the Inter Milan goalkeeper – watch the goal in full here.

Moukoko has one of the most ridiculous records in the business at youth level, where he’s bagged 106 goals in 69 games and a double Bundesliga U17 Golden Boot winner.

The wunderkid, who was born in Cameroon but he has already represented Germany at under 16 level, is already being touted to represent Germany at senior level.

The 14-year-old baller is destined for greatness.

In other young baller news, Kylian Mbappe becamse the youngest player to score 15 goals in the Champions League.