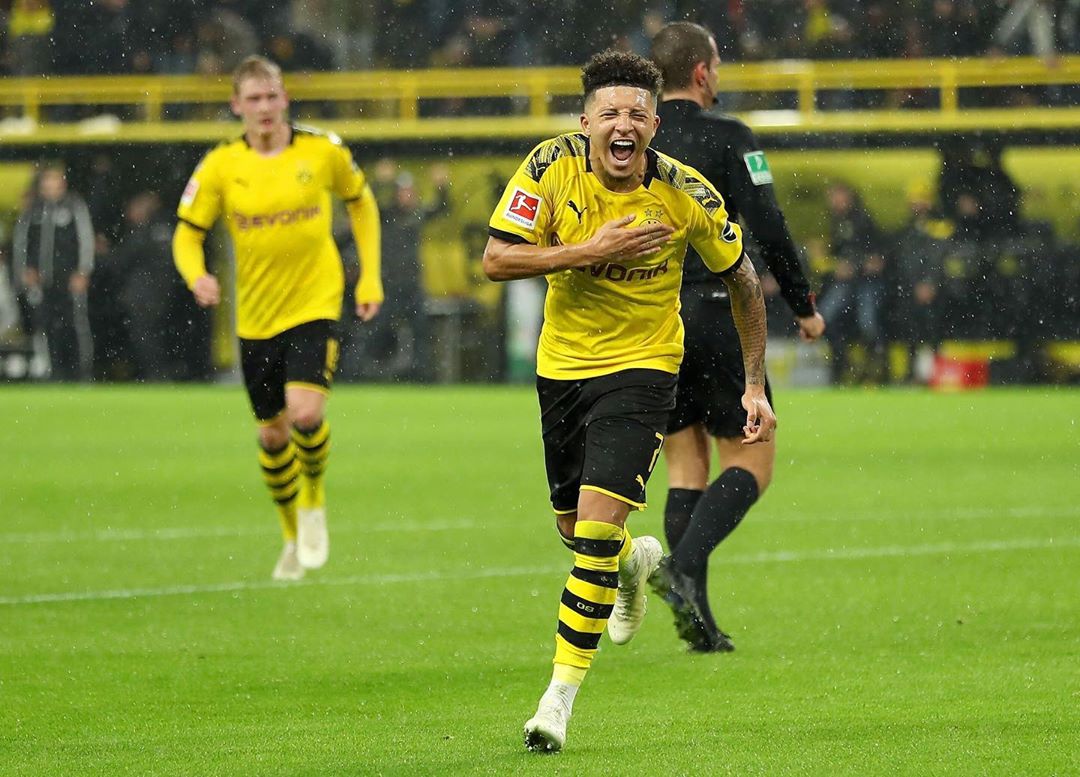 Jadon Sancho all but secured his status as European football’s most prolific teenager after bagging another goal and grabbing an assist in Borussia Dortmund’s 3-3 draw with Red Bull Leipzig last night.

Sancho has been in unreal form in recent weeks, scoring and assisting in each of his last four games to make it 8 goals and 5 assists in his last 7.

Jadon Sancho is on ? right now!

He's scored AND assisted in EACH of his last FOUR matches…

Before running the show once again against Leipzig, Sancho has already become the first player in Europe’s top 5 leagues to rack up 10 goals and 10 assists, solidifying his status as the best teenager in world football.

Sancho is breaking records all over the place, becoming only the third teenager to hit 15 Bundesliga goals in a calendar year and the youngest player to score 22 goals in the Bundesliga, beating the previous record held by Horst Koppel (19 years 269 days) for Stuttgart in 1968.

Sancho is widely tipped to be a part of a bidding war for Premier League sides in January, with Manchester United, Chelsea and Liverpool all heavily rumoured to be wanting to secure the Camberwell-born baller’s signature.