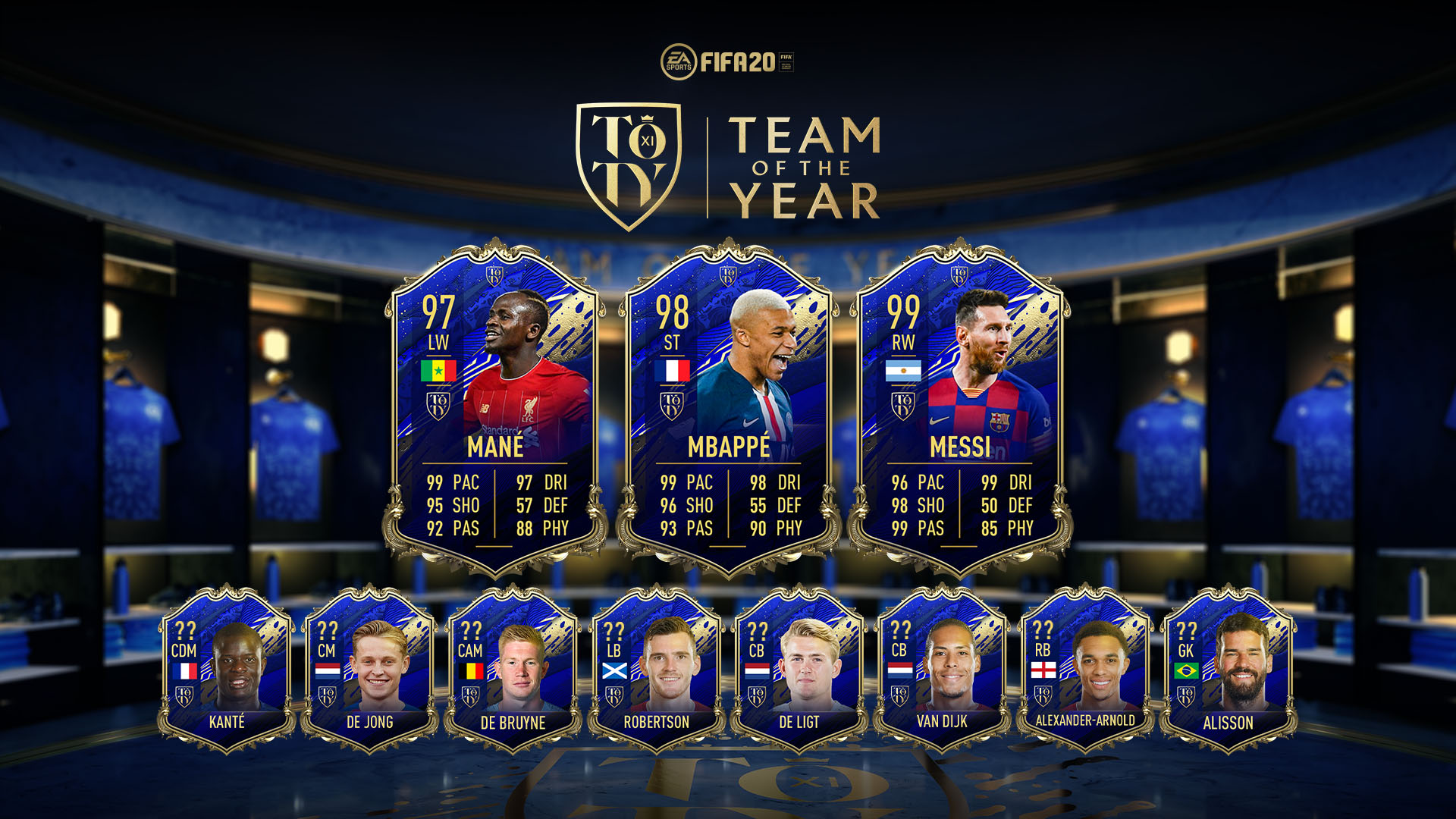 Leo Messi, Sadio Mané and Kylian Mbappé have become the first players to be awarded FIFA 20 Team of the Year cards, complete with monster upgrades that make them simply unplayable.

The three ballers make up the forward line for FIFA 20’s Team of the Year, which was decided by a public vote. Messi, who won the Ballon d’Or in 2019, lands a flawless 99 overall rating with 99 dribbling, 99 passing and 98 shooting.

PSG superstar Kylian Mbappé, who continued his meteoric rise in 2019, maxes out his pace on the game and gets the 99 speed stat he so obviously deserves. Sadio Mané, who shone bright throughout Liverpool’s record-breaking last 12 months, is rated 97 overall with beast stats that include 99 pace, 97 dribbling and 95 shooting.

The game-changing cards are available in FIFA Ultimate Team for the next 24 hours.