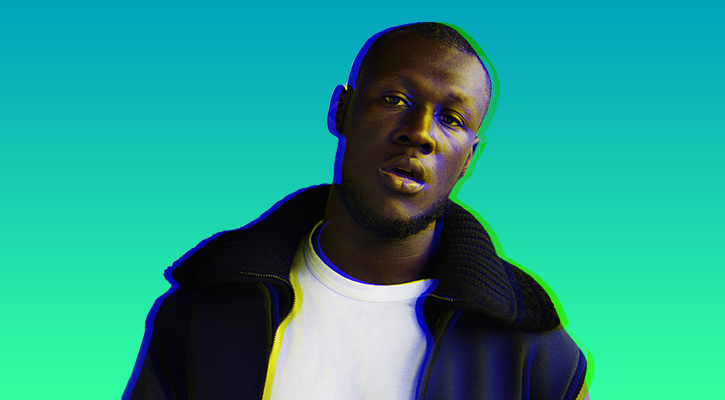 The unstoppable rise of Stormzy has been the biggest story in grime since his WickedSkengMan freestyles caught everyone’s attention three years ago. Since then charisma, honesty and man-of-the-people charm has propelled him to the sort of mainstream celebrity that rarely comes easily to grime artists.

But none of that would count for much if Stormzy didn’t have the lyrical skills to get people listening in the first place. First and foremost, Stormzy is a spectacularly gifted rapper with a rare ability to spit hard and fast bad boy bars with instinctive control and effortless grace. Grime couldn’t hope for a better global ambassador.

The WickedSkengMan series of was where it all began for Stormzy and, whatever else happens over the course of his already remarkable career, these formative freestyles will remain a key part of his discography. His confidence, lyrical ambition and effortless flow, on evidence from the very beginning, sent shockwaves through grime and by “Part 4” word had spread well beyond the scene. The beauty of Stormzy’s early freestyles, shot on his own patch with his own crew, is their immediacy – there’s nowhere to hide and Stormzy thrives on this stage.

The opening track from a triumphant debut album, “First Thing’s First” provides ‘Gang Signs & Prayer’ with an explosive start that highlights Stormzy’s desire to create a debut album that’s true to his character. As he explained to Fader when the album dropped, for Stormzy honesty is vital to the creative process: “In life, the rule is you kind of keep yourself to yourself, and you don’t let the world know everything. But music is the total opposite.”

A nice little stopgap release 8 months after the release of ‘Gang Signs & Prayer’, “4PM in London” keeps us primed for a follow up album that Stormzy promises is “coming soon” and yet again reminds the world of his freestyle mastery. Flipping Drake’s “4PM in Calabasas” and transforming it into a ghostly stripped down backing track, Stormzy gives us a rap masterclass, complete with a shout outs to his mum, Lethal Bizzle, J Hus and Paul Pogba.

An early anthem from 2014, “Not That Deep” played a key part in Stormzy’s rise to fame, featuring on the independently released EP ‘Dreamers Disease’ and his November 2014 appearance on Later…with Jools Holland, a performance that did a lot to raise the still unsigned rapper’s profile.

If 2014 was the year everyone started tipping Stormzy as the next big thing, he more than matched those expectation the following year. With multiple MOBOs, mad YouTube numbers and a string of incendiary WickedSkengMan freestyles under his belt, “Standard” arrived at a time when Stormzy’s punchy flow and lyrical mastery was well established. It did nothing to dim the hype, showcasing his winning mix of fiery power and dextrous finesse over a sick Jme sampling Heavytrackerz production. Standard.

The second single from ‘Gang Signs and Prayer’ was an ice cold killer that put Stormzy at the lyrical top table while longtime grime producer Swifta Beater handled things on the buttons. Big Mike’s rise as an icon and inspiration for his culture was cast into legend with the lyric: “All my young black kings rise up, this is our year.”

Stormzy’s swagger, wit and likeability are turned up to 11 on “Know Me From” and its 80 quid video. It takes charisma and humility to make the DIY thing work and Stormzy’s man-of-the people charm shines out on this fan favourite from early 2015. “Know Me From” incorporates multiple shout outs to grime’s elders while making it clear that this towering kid from South London needs to be taken seriously.

Stormzy brings pure fire on this brooding Sir Spyro produced single. “Scary” lives up to its name with an eerie Gregorian chant-style loop, setting the scene for some deadly serious bars that make clear just how much control Stormzy has over his flow, which is typically razor sharp.

2. Big For Your Boots

After a 9-month hiatus Stormzy ignited the hype around his hugely anticipated ‘Gang Signs & Prayer’ album with a lead single that instantly reminded everyone what all the fuss was about. The video keeps it real with chicken shop backdrops and a supporting cast of tough women, while Stormzy reintroduces the world to his sharp-tongued lyrical flow with a characteristically nimble vocal performance over a sparse Spyro beat.

Stormzy’s freestyle panache was already well established by the time he dropped “Shut Up”, which was originally released as a B-Side to “WickedSkengMan Part 4”, but for many this certified anthem became the moment he ascended to another level. “Shut Up” is essentially a diss track (which may or may not be aimed at Wiley’s little brother Cadell) but Stormzy performs it with such irresistible dexterity, gravitas and infectious humour it’s become a rallying cry that far transcends any grime scene beef.