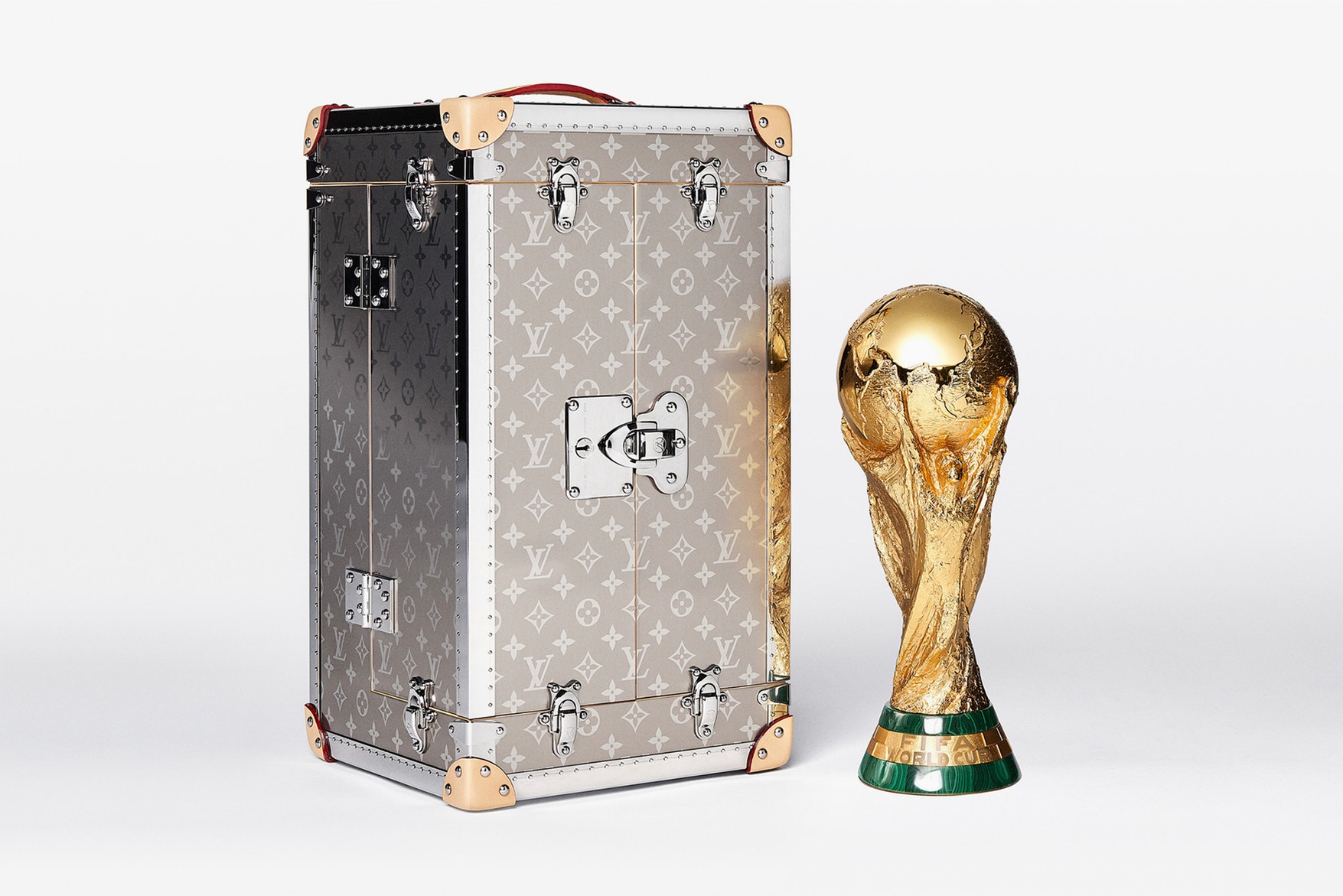 2018 brings in the luxury house’s third participation in the world’s biggest sporting event, having made custom cases for the last two tournaments. The custom made case features laser-engraved monogram titanium, natural cowhide leather corners, and lock and clasps made of ruthenium, a dark grey metal that has the chemical symbol Ru, which is used to pay homage to the tournament’s 2018 host country.

LV alos linked up with adidas for the FIFA World Cup Official Match Ball Collection Trunk, which is set to be auctioned at a Naked Heart Foundation gala charity, featuring 14 footballs — 13 of which are specially-made re-editions of official adidas World Cup match balls.

There’s also included in the set is a Louis Vuitton natural cowhide leather football, which will also be available to purchase separately. Check out some images of the range below. 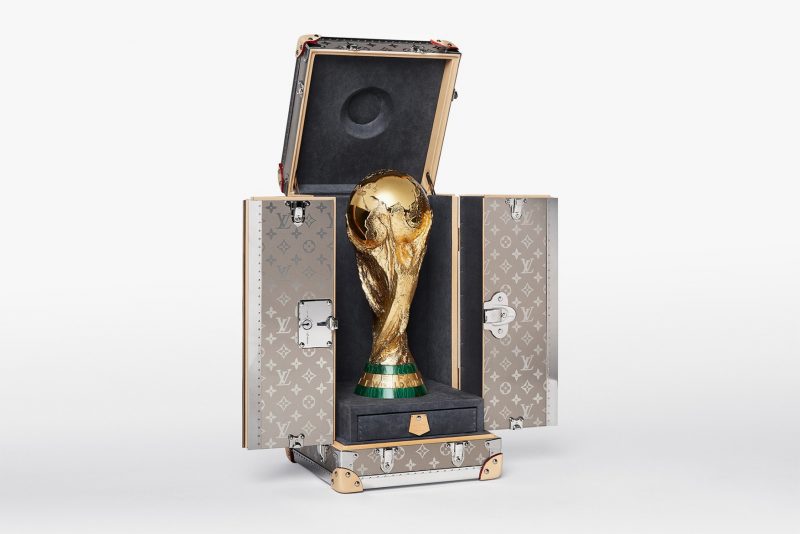 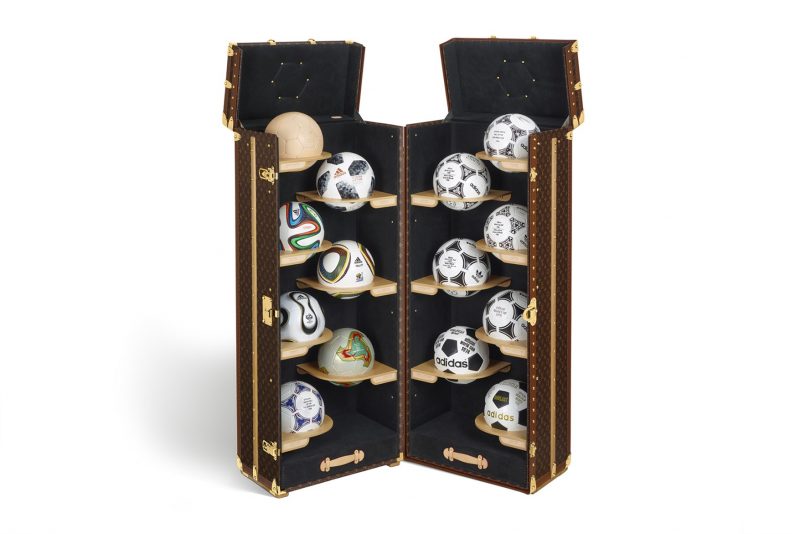 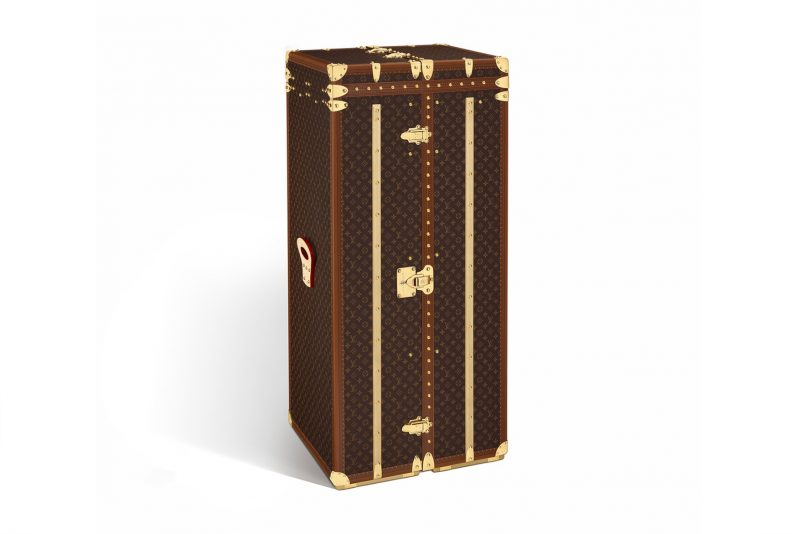 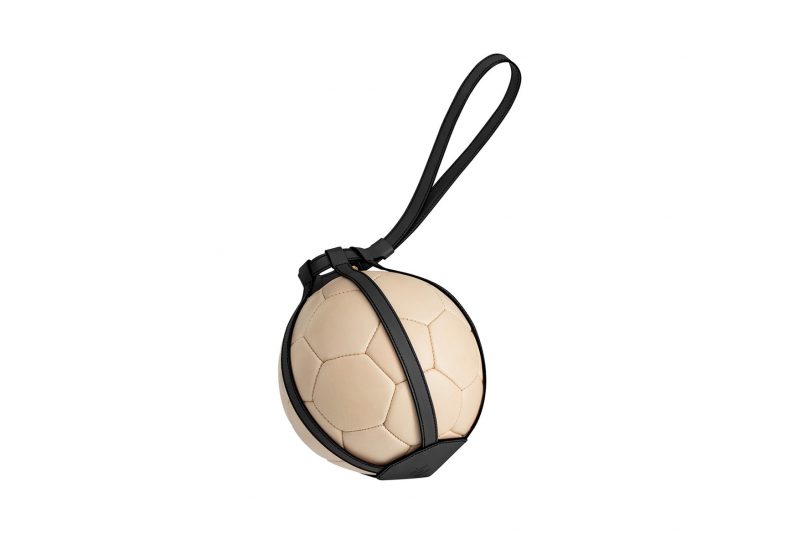 The Louis Vuitton 2018 FIFA World Cup Russia Official Match Trophy Case will get showcased at the opening and final match on June 14 and July 15 respectively.