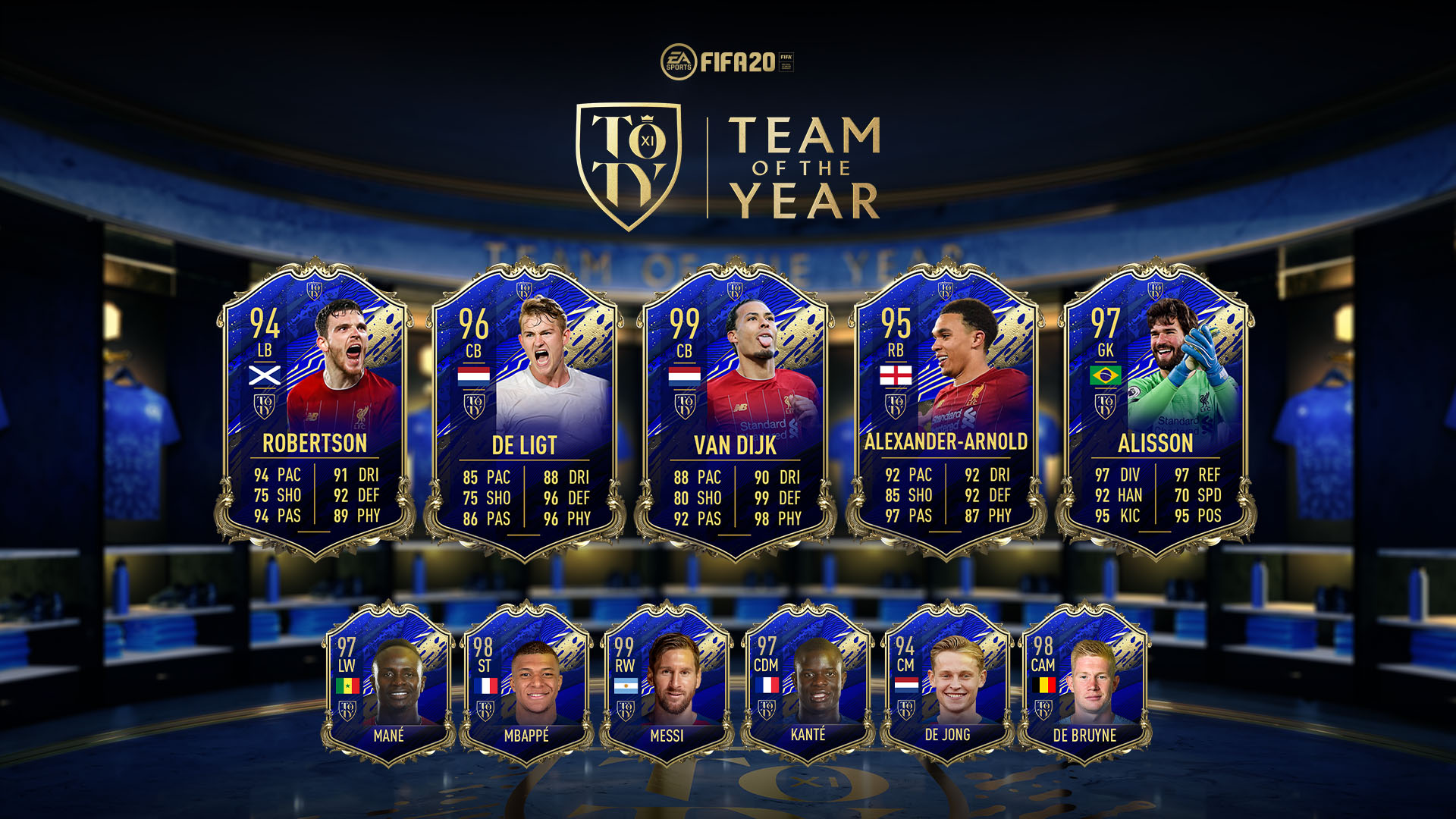 EA Sports just dropped the ratings for FIFA 20’s Team of the Year defence – and headlining the five-man selection is an ultimate upgrade for Virgil van Dijk.

The Liverpool defender had the best 12 months of his life in 2019, lifting the Champions League for his club and picking up a string of Player of the Season awards for a sensational individual campaign. To cap an incredible year, VVD has been blessed with a 99-rated card in FIFA 20, with individual stats including 99 defence, 98 physical and 88 pace.

Also in the pack is Young Lion Trent Alexander-Arnold, who is being tipped by many to be a Premier League Player of the Season contender for 2019/20. The right back’s already-iconic right foot is honoured with ratings of 97 passing and 85 shooting – an absolute madness for a defender.

Completing the Liverpool-inspired backline is Andy Robertson and Alisson, while Matthijs de Ligt also features after helping Ajax to the Champions League semi-final and earning a huge move to Juventus.

FIFA 20’s Team of the Year defenders are in packs now.