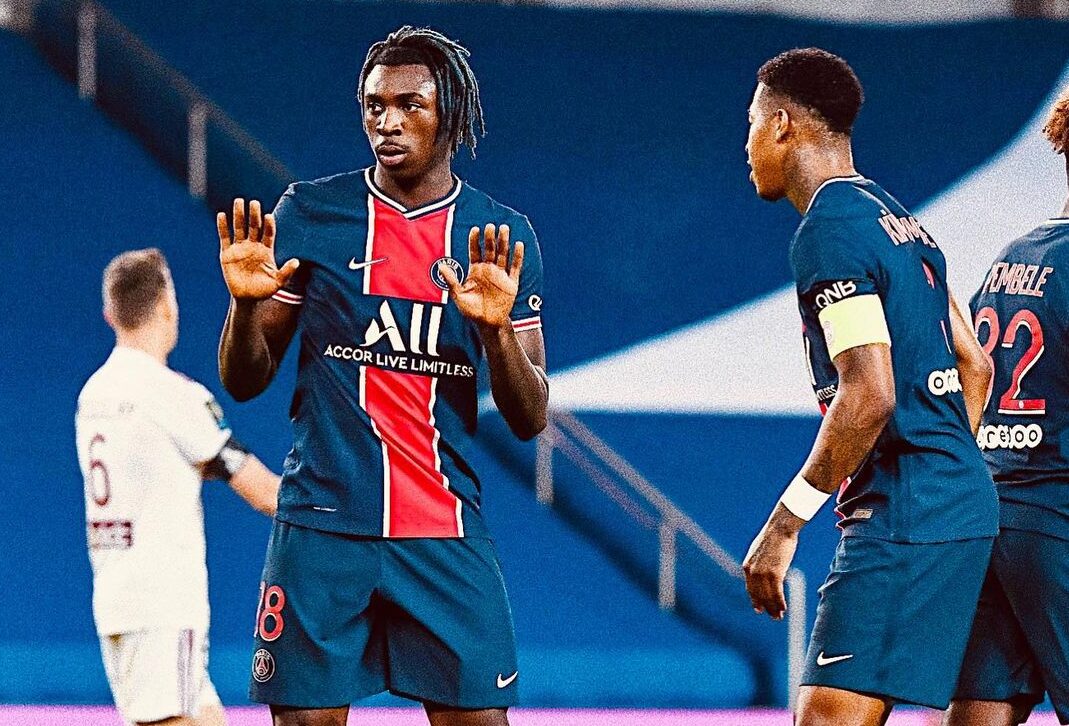 After completing one of the most unexpected moves of the window after linking up with PSG from Everton, Moise Kean is currently flourishing out on loan in Paris – and the Italian seems eager to extend his time out in France on a permanent basis.

With Argentine bagsman Mauro Icardi out injured, Kean has made the most of his opportunities to shine up front for PSG, having bagged seven goals in his first 12 outings for the French champions and bringing back his trademark “woah” celly plenty of times in the process.

The Italy international has now suggested he would be open to extending his time at Parc des Princes after rediscovering his best form over the past few months.

Asked to address the possibility of staying in Paris beyond the current season, Kean told a press conference ahead of PSG’s Champions League clash with Istanbul Basaksehir on Tuesday: “I am very happy with my performance with PSG. It’s a very good thing to play for one of the biggest clubs in the world.

“I am focused on bringing good results. For the future, we’ll see, you never know.”

Kean is (understandably) also loving life playing alongside Neymar and Mbappe – two world class players he calls “the best in the world.”

“I’m looking to give my best for the team, but his return will be good competition. I will still try to give myself 100 per cent.”