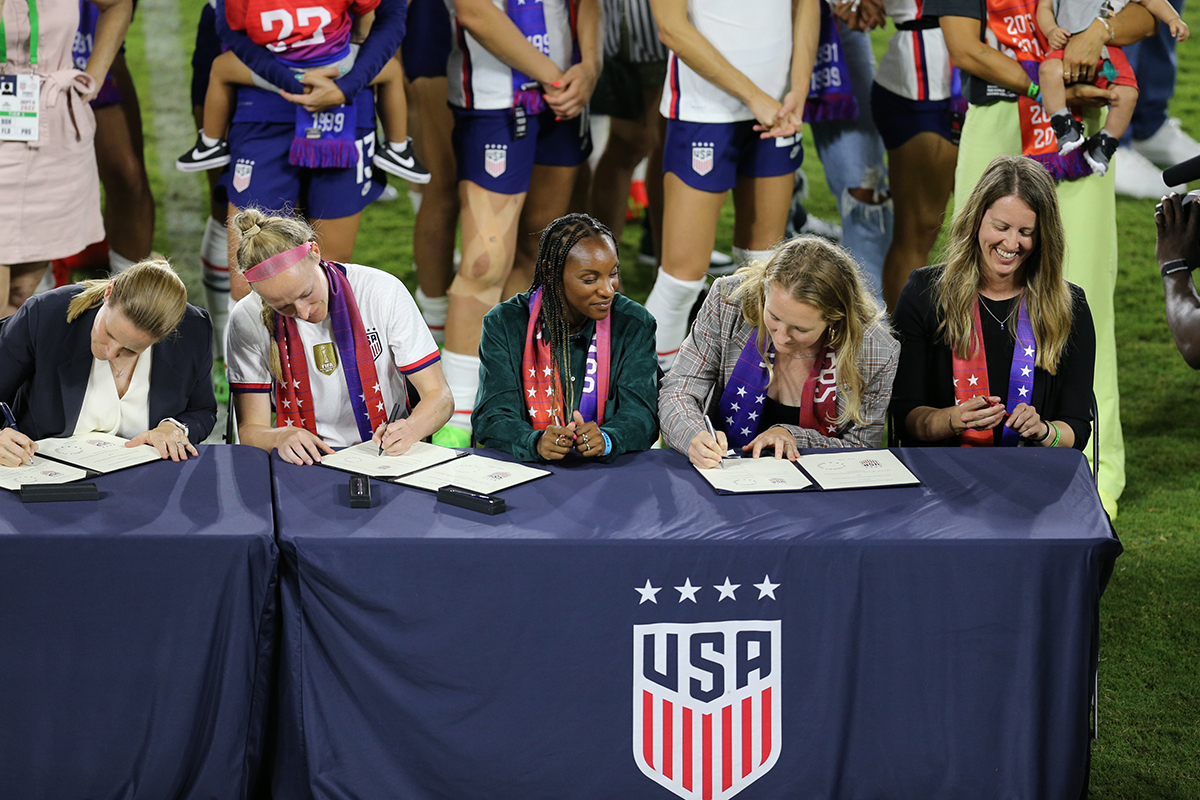 The historic agreement ensures that US Soccer will finally live up to it’s “One Nation, One Team” mantra by offering parity between their Men’s and Women’s sides. Each team is now set to benefit from each other’s success, with prize money and commercial revenue will be pooled together and split between the two teams.

At the 2022 and 2023 Men’s and Women’s World Cup respectively, the player pool will also receive 90% of any prize money their teams win.

That's all it took for @mPinoe to find @roselavelle to give us the lead! #USAvNGA x @Allstate pic.twitter.com/yDFzCOJ5Pg

The era-defining deal was signed after the US women’s national team won their 13th straight match with a 2-1 victory over Nigeria on Tuesday night, at Audi Field in Washington DC.

The USWNT have won the last two World Cups – holding four titles overall – and will go into the tournament as the current No.1 ranked side in the world and favourites to win in 2023.