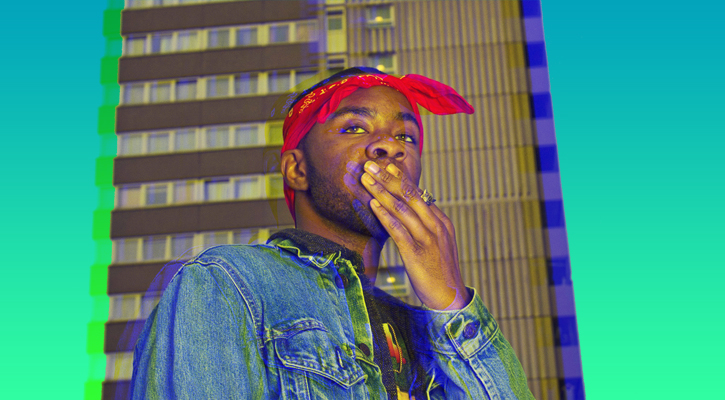 West London MC Scrufizzer, known to his mum as Romani Lorenzo, is something of a grime stalwart. As an associate of UK funky pioneers Funkystepz, he started making waves in 2007 and hasn’t looked back since.

First and foremost, Scru has built his reputation on his rapid, bashment influenced flow, a signature style that’s proved pretty versatile over the years. Having come out of the funky scene and rhymed over UKG productions, Scrufizzer has a knack for high-energy vocals that ride the riddim without sacrificing that raw grime vibe.

Scru takes on the role of storyteller in this Last Skeptic produced ‘Fizzy Flow II’ highlight. Story of Jin showcases Scrufizzer’s vocal versatility and stands out as a unique, hip-hop flavoured departure from standard grime fare.

Taken from his 2016 mixtape ‘Fizzy Flow II’, “Dumb Bars” sees Scrufizzer link up with Matix and pour scorn on the mandem who are ‘spraying dumb bars’. We won’t speculate about who he’s sending for but there’s no denying that Scru ain’t messing with this bouncy, bass-heavy banger.

Proving his versatility yet again, Scrufizzer’s latest is a full-on bashment style banger. Scru’s spoken about the important part bashment played in his musical development and this is a sweet tribute to the style.

This 2013 banger does exactly what a rap rave says it is. There’s nothing subtle about the old skool acid synths and hyperactive production but you can’t deny infectious energy of “Rap Rave”.

Produced by UK Garage pioneer Zed Bias, 2013’s “Kick It” was an accomplished example of how grime can be given a poppy dancefloor sheen without losing its edge. Scru shows off his effortless flow with a hooky vocal that, at times, echoes Dizzee Rascal.

Released in June, this smooth summer party banger gave us a taste of what to expect from Scrufizzer’s Tropical EP and got everyone in the mood for summer with its laid back tropical vibes.

Produced for SBTV to commemorate the ten year anniversary of “Nutty Violins”, Scru revisits his classic instrumental with this sick freestyle version. The legendary riddim – produced with original collaborator Stimpy – still sounds fresh and Scru goes in hard with some fierce bars that show how far he’s come since the original dropped a decade ago.

Another certified banger, “Dats Right”, taken from Scru’s Tropical EP, showcases the chemistry he still has with Stimpy, his oldest collaborator. Yet again, the duo came up with a feel-good party riddim that definitely conjures up an old-school garage vibe and feels tailor-made for summertime raving.

Scrufizzer jumps on Ghetts’ “You Dun Know Already” and throws in some UKG-style production tweaks. And what better way to reinforce those turn of the century garage vibes than by sampling So Solid’s era defining classic “Oh No?”