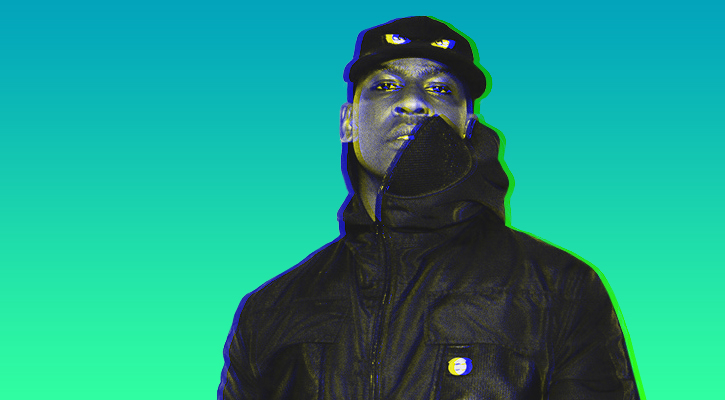 No one connects grime’s underground past with its relatively recent emergence as a powerful commercial force like Skepta.

With his 2016 Mercury Award winning album, Konnichiwa, the Tottenham MC may have helped bring grime to a bigger audience than ever before but, crucially, he’s done so without sacrificing the attitude and raw street aesthetic that’s always defined grime.

Skepta shows that mainstream success and underground authenticity don’t have to be mutually exclusive. He embodies the confident swagger of a UK scene that knows how to innovate without betraying its roots or diluting its sound.

This 2009 stab at a pop-dance crossover hit isn’t anyone’s idea of Skepta at his most vital but we include it as a reminder of his versatility and a period when grime’s big players flirted with blingy, beered-up dancefloor accessibility. Rolex Sweep is an important part of Skepta’s journey and, even if it sounds kinda light and cheesy today, it still does a job on the right dancefloor. The Vandalism Mix toughens it up nicely.

One of a few top 10 candidates from 2009 album ‘Microphone Champion’. In the end we decided to give “Are You Ready” the nod cos we love a bit of Wiley, who features on the this uptempo Rudekid production.

“It Ain’t Safe” isn’t just notable for the fact that it was Skepta’s biggest transatlantic crossover when it dropped in 2014, after all, plenty of British MCs have tried their hand at US-friendly hip-hop crossovers and collabs. What’s refreshing about this team up with A$AP Mob’s Young Lord is that it feels like a genuinely well-balanced meeting of grime aesthetics and hard, druggy trap-influenced production that owes more to US rap. “It Ain’t Safe” is a suitably tough tribute to life on the streets, both in London (where the no-budget video was filmed) and stateside, as the NWA referencing artwork makes clear.

A highlight of the 2012 mixtape ‘Blacklisted’, Castles showcases a more soulful, introspective side of Skepta. Blacklisted was undoubtedly an important release, signalling a newfound maturity and confidence after, as he puts it, 10 years growing up on YouTube.

If you want to understand Skepta in 2017 you really need to revisit his pirate station roots. “D.T.I (Pirate Station Anthem)” does exactly what it says on the tin – it’s a tough underground instrumental banger from 2003 that embodies the uncompromising energy of early grime. Check the Mandem Meridian refix to hear Skep’s first crew going in hard over this certified anthem.

The breakthrough Skepta production from way back in ’04, “Private Caller” showcases the key role he played as a producer in the golden age of grime and must be one of the best examples of the legendary Meridian Crew in full flow. Private caller introduces Jme for the first time, alongside Scorcher, Frisco, President T and Meridian Dan.

Guitar rock rarely sits comfortably alongside urban beats but “Man” deploys its Queens of the Stone Age sample to brutal effect. In truth, the sample is barely recognisable – Skepta’s hard as nails production distorts it into a queasy loop that wraps around blistering beats and a lyric that disdainfully rejects the trappings of fame, just as Skepta’s profile was going global. The final single from ‘Konnichiwa’ epitomised the album’s swaggering confidence and confirmed Skepta as a major international star.

Shot through with pure grime braggadocio, this is the sound of Skepta at his most strident. “Shutdown” is all muscular back-to-basics production and swaggering bars that effortlessly ride the beat then hit harder than a Tyson KO. This is raw, unadulterated grime that namechecks big time stateside connections (that Drake sample ain’t exactly subtle) while revelling in proper old school UK greaze. When “Shutdown” emerged in 2015 it became an instant anthem and provided the strongest evidence yet that grime’s burgeoning crossover success would be on its own terms. Skepta, as usual, was leading the way.

Recorded in 2014 with his brother Jme, “That’s Not Me” was a fierce statement of intent that propelled Skepta into a new era by aggressively reasserting his underground roots. “That’s Not Me” shrugged off the Gucci glitter of grime’s pop dalliance with low-fi Eskibeat production and tough, self-confident lyrics that emphasise a hardened resolve to keep things real.