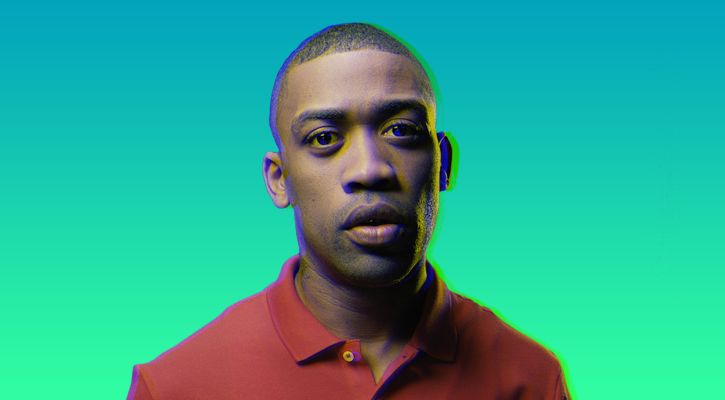 Wiley’s status as the the Godfather of Grime is pretty much beyond dispute. For all the ups and downs of a tumultuous career, Wiley’s aura of genius has never really dimmed and the role he’s played in the UK scene is impossible to overestimate.

Since Richard Cowie Jr started dropping low-budget instrumentals in 2001 he’s been hailed as grime’s greatest innovator and developed a reputation for self-sabotage that’s frequently played out like a soap opera. Multiple beefs and no end of record label strife later, he remains as vital as ever. Most remarkably, through all that, Wiley’s productivity has verged on the superhuman – there’s so much quality output to pick from that this top ten could easily have been very different.

Where it all began. “Eskimo” is the original Eskibeat banger and a prime example of the white label instrumentals Wiley made his name with. Primitive, stripped down but also irresistibly playful and sparsely innovative, the Eskibeat sound still sounds fresh today.

When Wiley dropped this monster ahead of his Godfather album, it woke the whole scene up to the fact that Eskiboy was, is, and always will be the grime don. Not that many had forgotten, but when a riddim this hard hits and Wiley rolls out his unmistakable flow it’s always gonna feel like a wake up call.

This summer 2014 anthem was the standout track on ‘Snakes & Ladders’ and a triumphant declaration that grime and Wiley were in rude health. Just as Skepta – who produced “On a Level” – was leading grime’s charge back to the forefront of the UK music scene, this banger left little doubt that the original godfather wasn’t about to vacate his place at the head of the table.

Wiley’s best known tune might not be the grime purists choice but let’s face it, “Wearing My Rolex” is a bona fide club banger that will never stop destroying dancefloors. In many ways “Wearing My Rolex” heralded a difficult period for grime, which got a bit lost in the shift towards more accessible pop output, but it’s hard not to grin like an idiot when this landmark tune hits its stride.

The lead single from Wiley’s hotly anticipated ‘Godfather’ album had to live up to the record’s scene-owning title and it didn’t disappoint. “Can’t Go Wrong” is a ferocious statement of intent that rides in on a massive riddim. Wiley’s flow is as confident as ever and the star-studded video does nothing to dampen the self-assured tone of this certified banger.

Simultaneously hard as nails and skampishly jokey, Pies is prime mid-00s Eskiboy, mixing angular, alien sounding production with laugh out loud non-sequiturs and a lairy pie-themed hook. If you want an example of Wiley at his most idiosyncratic this ain’t a bad place to start.

2009’s “Where’s My Brother” is widely interpreted as a diss track aimed at Duurty Goodz and his brother Titch, but beyond the beef this is a real career highlight, melding a soulful melody with dextrous flow and sick production.

The title track from Wiley’s debut album takes the tempo down a notch or two and conjures up a sparsely evocative atmosphere that perfectly suits one of his more reflective vocal performances. Wiley shows his versatility with “Treddin’ On Thin Ice”, slowing down his staccato grime flow and cruising over the beat.

Wiley’s 2007 tribute to grime’s ground zero, “Bow E3” does his ends proud. Propelled by a big, bouncy riddim and tough synths Wiley’s in fine form, spitting proud lyrics about the territorial roots of grime and tossing in plenty of trademark madness, including his own phone number. 07961897033 in case you’re wondering.

“Wot Do U Call It?”, the lead single off ‘Treddin’ On Thin Ice’, is guaranteed to transport anyone old enough to have been on the scene at the time straight back to the early days of er…grime? “Wot Do U Call It?” fizzes with the energy of an exciting new sound beginning to assert itself. It definitely ain’t garage.