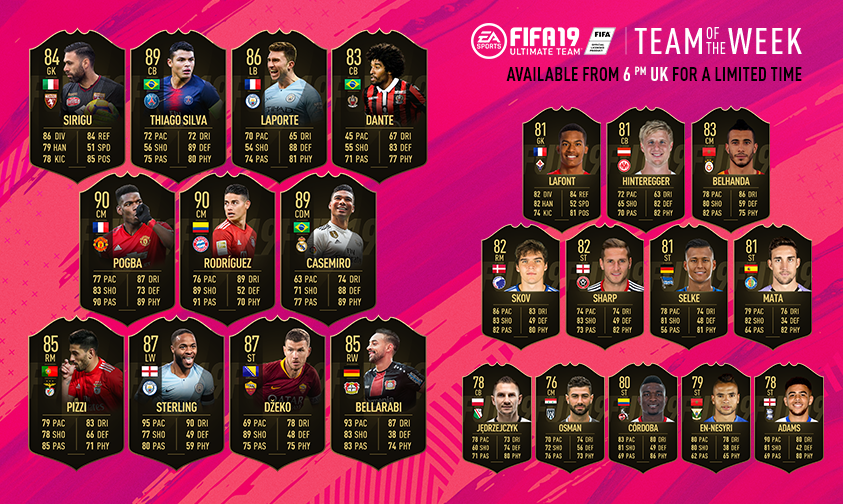 EA SPORTS have just dropped their latest Team Of The Week following on from the past weekend’s fixtures – and there’s some serious upgraded cards for some of the Premier League’s best players.

The FIFA 19 team of the week includes Manchester United star Paul Pogba and Manchester City winger Raheem Sterling, who dismantled Fulham and Chelsea respectively with thumping wins on the weekend.

Pogba rifled home from a tight angle and slotted a cool penalty to make it 21 goal contributions in just 30 games to get an upgraded 90 card complete with 90 passing 89 physicality and 83 shooting.

Raheem Sterling scored his 11th and 12th goals of the season as well as registering another assist in what is quickly looking like his best season to date in the Premier League to land an 87-rated card complete with 95 pace and 90 dribbling.

Elsewhere, James Rodriguez (90), Casemiro (89) and Edin Dzeko (87) all got charged-up in-forms, in what is a pretty solid squad list for FIFA’s TOTW 22. Check it out in full below. 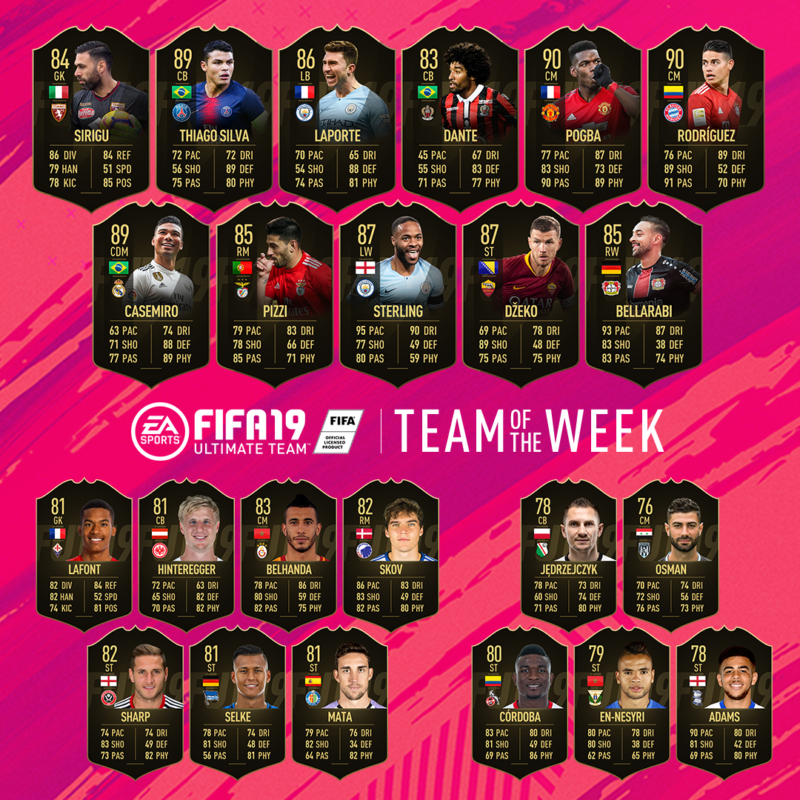 In related news, Marcus Rashford received a charged up 87 Card for winning January’s Premier League Player Of The Month.