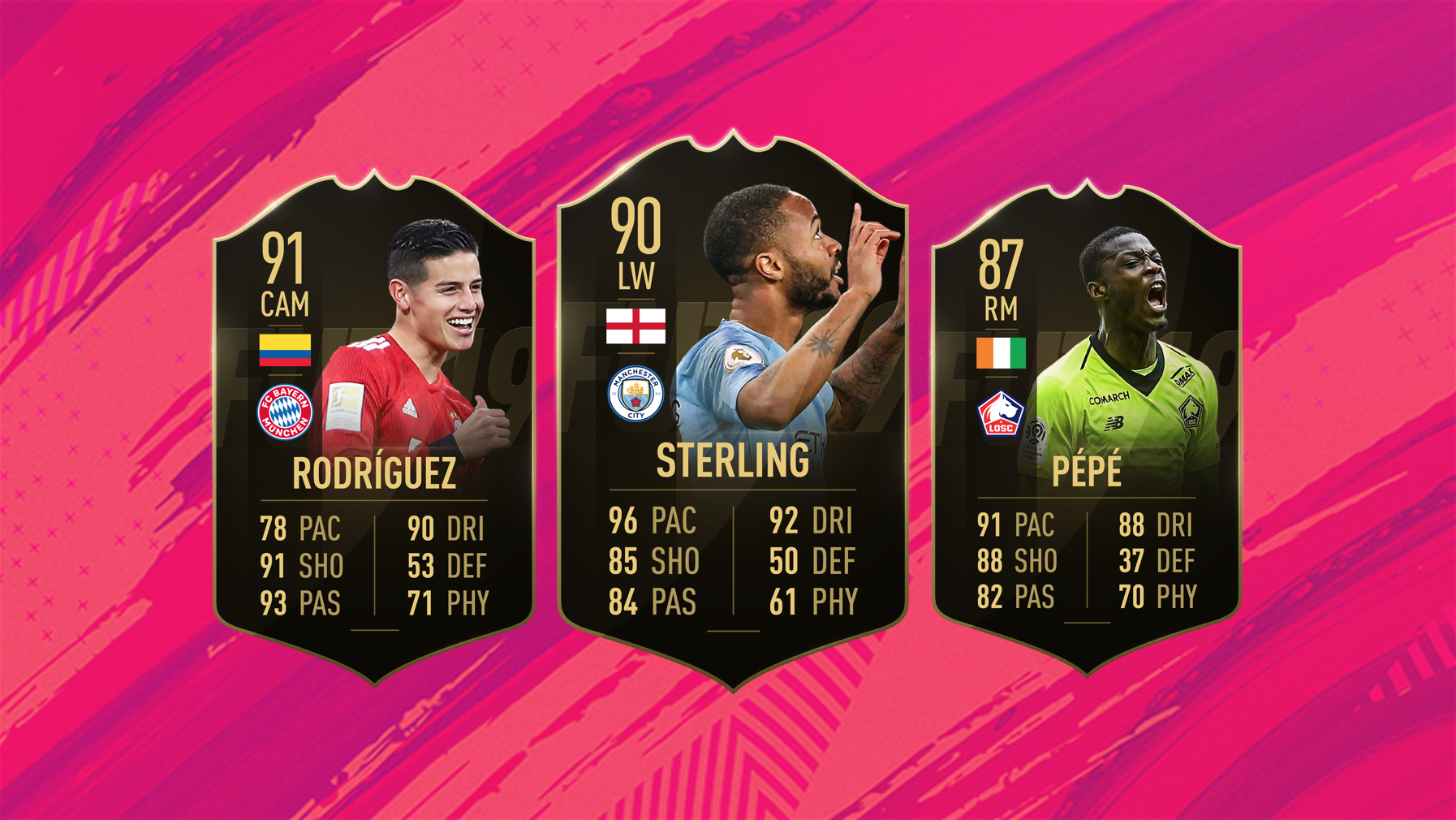 EA SPORTS have just unveiled their latest Team of the Week, and Raheem Sterling has received his sauciest card after scoring a hat-trick on the weekend.

Sterling is given a 90-rated TIF card equipped with 96 pace, 92 dribbling and 85 shooting – making it a certified game-breaking card for FUT users. Elsewhere, Nathan Ake (82), Jamie Vardy (84) and Bernd Leno (86) are also awarded in-form cards after stand-out weekends in the Premier League.

The other big cards see James Rodriguez get a 91-rated TIF before he takes on Liverpool in the Champions League tonight, Nicolas Pepe land an 87-rated IF equipped with 91 pace and 88 shooting, and Wissam Ben Yedder receive a tidy 86-rated card after his hat-trick against Sevilla in La Liga. Check out the full squad below.