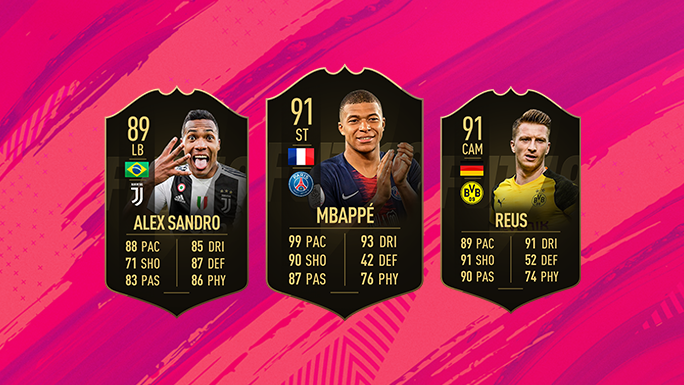 EA SPORTS FIFA has today announced the players who have been included in the Team Of The Week following on from the past weekend’s fixtures.

The team of the week includes PSG star Kylian Mbappé, who once again tore up Ligue 1 by scoring a hat-trick against his old club, Monaco, while donning a tribute to Notre Dame cathedral, earning himself a 91-rated card blessed with outrageous 99 Pace) in the process.

Borussia Dortmund’s Marco Reus earns himself his third Team of the Week card this season, having set up two goals and scored one of his own in Sunday’s 4-0 demolition of Freiburg to land 91-rated card, and Alex Sandro gets an 89-rated card after securing Juventus their 8th consecutive Scudetto.

The new Team of the Week is available in FIFA 19 now.