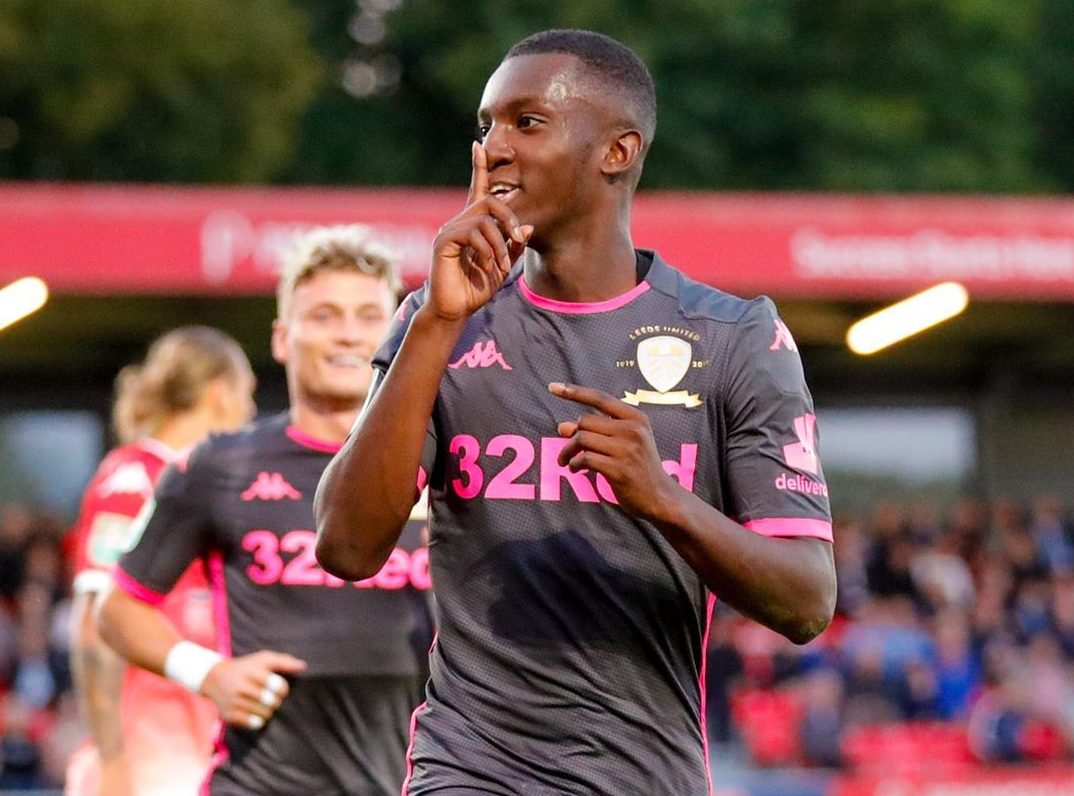 Eddie Nketiah silenced the Salford City fans when he bagged on his Leeds United debut last night in their 3-0 victory in the League Cup.

The Arsenal bagsman rounded off a slick team move to open the scoring for his new side in front of the likes of Sir Alex Ferguson and Gary Neville, who watched on as Leeds comfortably beat the League 2 outfit.

Arsenal legend Ian Wright was also watching the Young Gunner make his debut for his loanee side last night, and was quick to congratulate the 20-year-old on his dream debut.

“It’s good for my confidence to score in my first game but most important was the team and getting the win. It’s nice to get out there and get the rhythm. I’m sure there will be more to come. Hopefully, that brings goals for me.

“I thought I did well. I tried to work for the team and make options. I think in the first half we found it diffcult. They were very compact and it was hard to break them down.”

Gaetano Berardi and Mateusz Klich grabbed the other goals to secure the W for Marcelo Bielsa’s men. Check out Nkeitah’s strike below.

In other young baller news, Folarin Balogun bagged a hat-trick for Arsenal in the first round of PL2 fixtures.