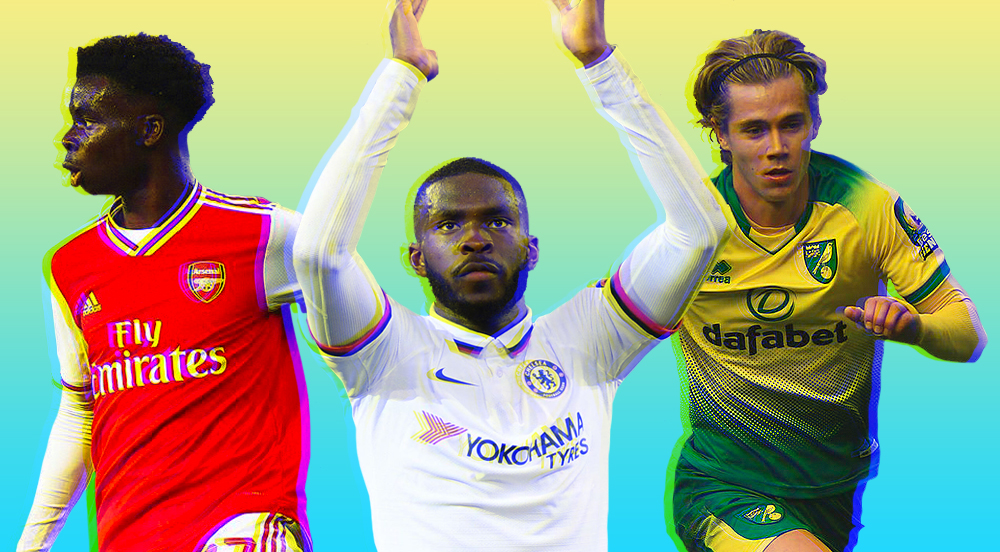 We’re nearly through the first quarter of the 2019-20 season and a new wave of young talent are beginning to establish themselves at the highest levels of the game.

Arsenal and Chelsea’s respective line of young ballers are the pride of London right now, Norwich dispatched Manchester City with a team led by the club’s prospects, and the Longstaff brothers have just established themselves as hometown heroes for Newcastle in defeating Manchester United before the international break.

The depth of talent in English football is crazy right now and we’re not expecting these guys star to stop shining any time soon. After years of neglect, we’re now seeing Premier League clubs award chances to their brightest homegrown talents – with the next wave of elite talent finding their feet in the Premier League, European football, and the Carabao Cup. What’s even better is that the young ballers are taking their chance and making it count.

We’ve selected ten of the brightest Premier League talents that have balled out so far this season. 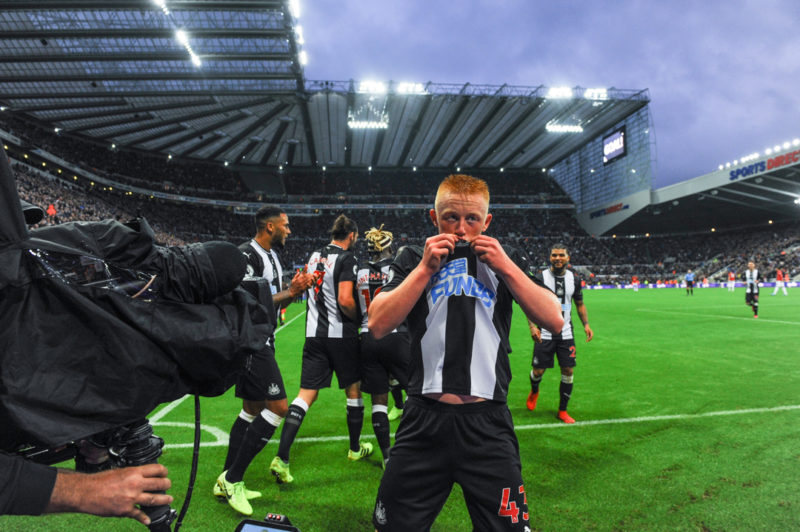 While his brother Sean made waves on Tyneside last season, Matty Longstaff is ready to follow his brother as the North East’s next big thing. Handed a start alongside his brother in a struggling Newcastle midfield, Matty scored the debut goal dreams are made of and provided the Magpies with the tonic they so badly needed in a 1-0 win over Manchester United. The sibling pair showed good chemistry on the pitch, with Sean showing control and maturity, while Matty provided spark, energy and bravery alongside him – this might have been the first glimpse of a homegrown partnership for the ages that Toon fans would absolutely love to see. 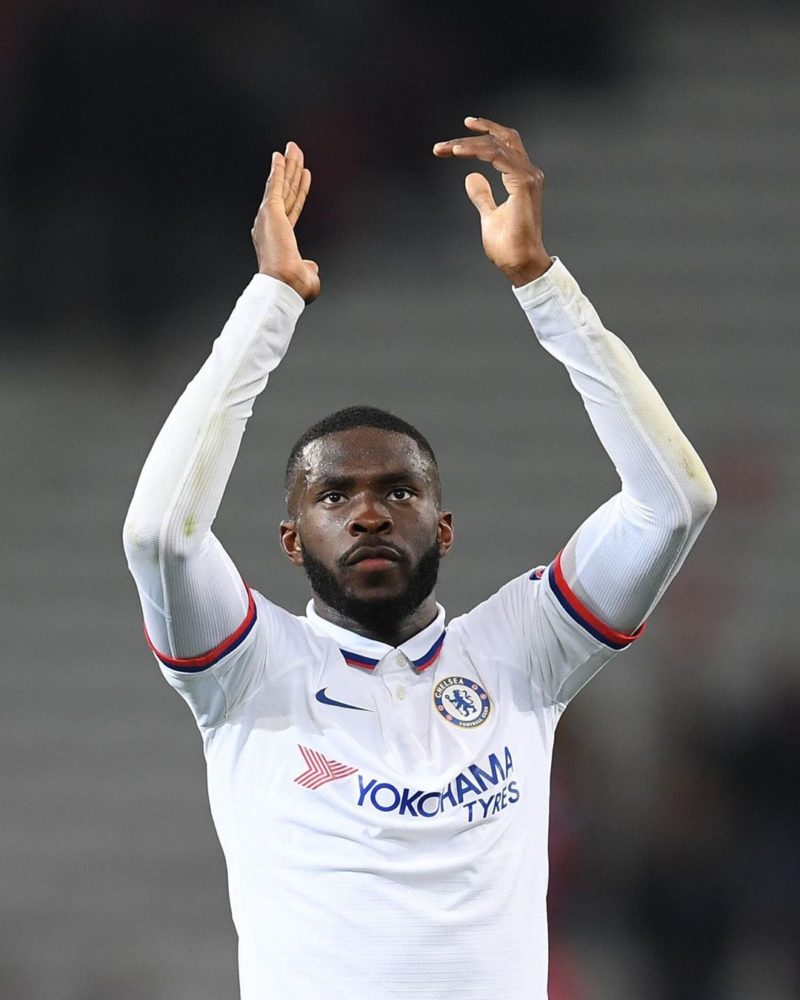 On current form, Fikayo Tomori is arguably England’s best centre back this season. The Cobham Cannavaro has gone from strength-to-strength in the early weeks of this season, rising from squad player to the foundation of Chelsea’s recent revival. In addition to intelligence and composure in defence, Tomori has also shown a creative eye at the other end of the pitch – bagging a 30-yard belter for his first Chelsea goal against Wolves, and assisting his day one friend Tammy Abraham in the Champions League with a precise lofted ball. Tomori has got serious potential. 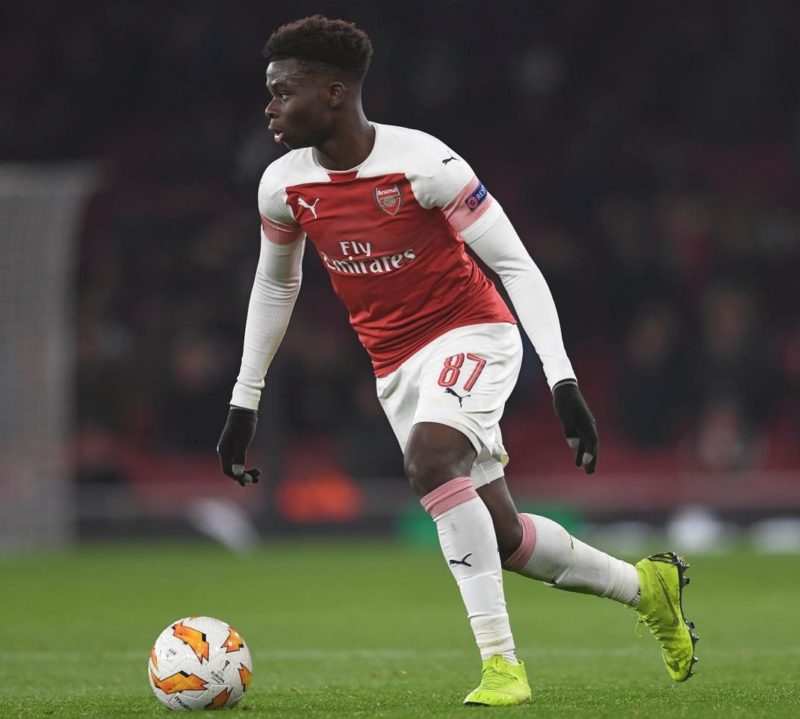 While The Pepe Agenda™ continues to take shape on Twitter after an underwhelming start to life in North London from the £75 million man, one of Arsenal’s homegrown stars is making a real name for himself on the opposite wing. Bukayo Saka has been a certi baller in and around the club’s academy for years – making three fleeting senior appearances for Arsenal last season – but he’s taken it a step further and is close to securing himself a regular spot in Unai Emery’s starting XI in 2019/20. Born in 2001, Saka already has a goal and two assists in three starts this season and was the Gunners’ stand-out player in the game against Man United at Old Trafford. Blessed with the tek, tenacity and temperament to make it to the top of the game, Bukayo Saka will have a huge 2020. 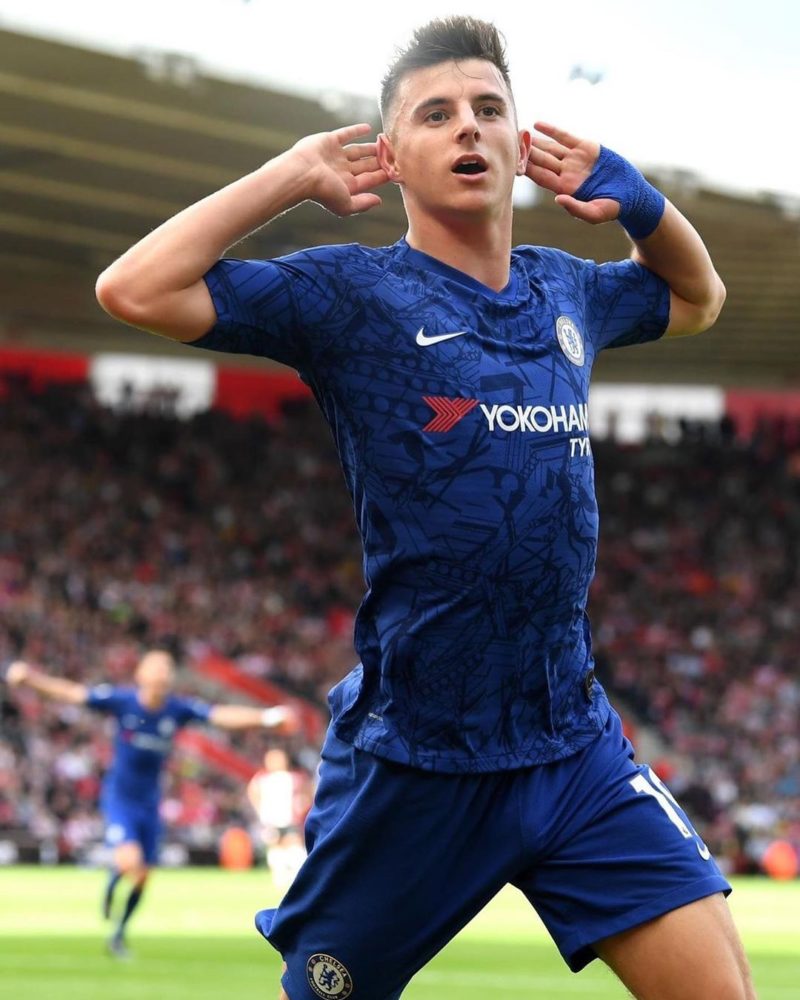 Mason Mount continues to rack up the stats that prove why he’s the future of England’s central midfield. The 19-year-old has had an explosive start to life in the Premier League, currently bagging a goal every other game so far this season. After killing it at Derby County last season, Mount hasn’t looked out of place at the top end of English football and a debut for the England team looks a certainty in the upcoming international break – and it’s richly deserved. 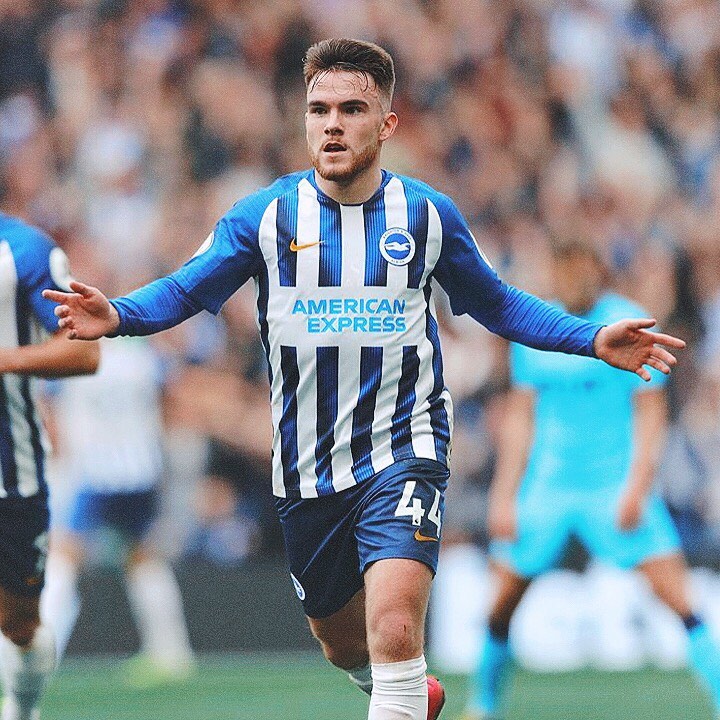 Aaron Connolly announced himself to the world with two goals in his first Premier League start against Tottenham Hotspur, but this young baller’s come up is no surprise. Blessed with drive and directness alongside some natural goal-scoring ability, the Irish striker won the PL2 Player of the Year award last season after finishing the campaign as the development league’s top scorer. He might not be playing for one of the ‘Big Six’, but Aaron Connolly is one of the PL’s biggest prospects. 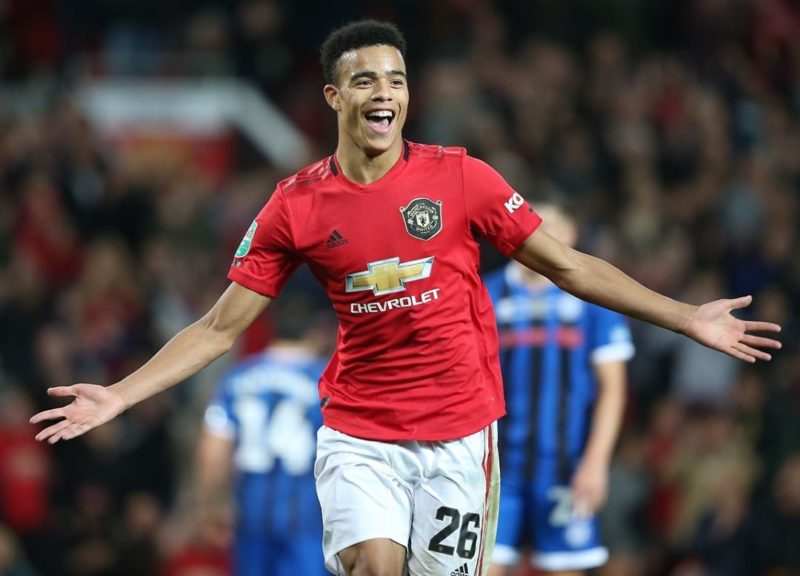 While Manchester United’s on-pitch woes continue, one of the few high points of their season so far is the emergence of Mason Greenwood. The skilful striker has started to take his chances in senior football, scoring two goals so far this season and making history as Manchester United’s youngest ever goalscorer in European competition. With an eye for goal, proficiency with both feet and a misfiring front line to compete with, Greenwood is in the mix to become Old Trafford’s next leading man. 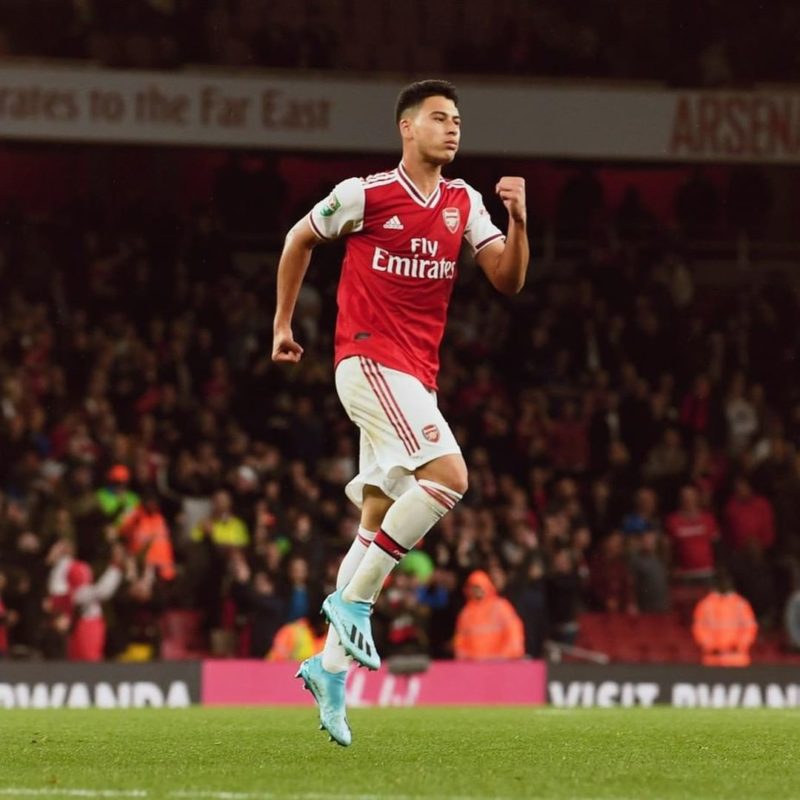 There’s something about the way Martinelli plays that makes you think he could go to the very top. While he’ll struggle for regular game time this season with the likes of Aubameyang, Lacazette and Pepe all ahead of him in the pecking order, the Brazilian teenager has already made an impression in the Europa League and Carabao Cup. Constantly screaming for the ball every time Arsenal are on the attack, the 18-year-old’s movement, trickery and pace have seen some Arsenal fans compare him to Neymar. While that shout is guilty of over-enthusiasm, there have been enough glimpses of Martinelli’s talent to indicate he can go places at the Emirates. 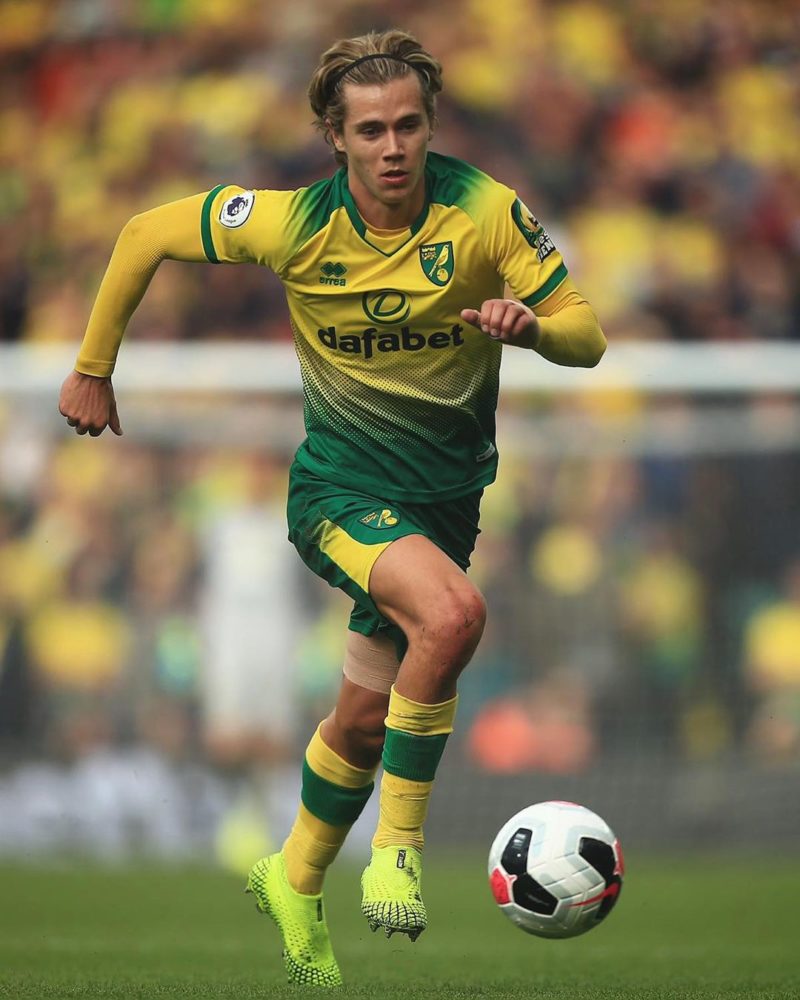 Todd Cantwell has come up through the ranks at Norwich City to become one of the best new players to grace the Premier League this season. The Dereham Deco has bagged against City and Chelsea in the early weeks of the season to earn himself an England U21s call-up, and has cemented himself as an FPL favourite as a regular threat in an exciting Norwich City team. You might not have known his name at the start of the season, but you do now. As Eddie Hearn would say, the boy in the headband is different gravy. 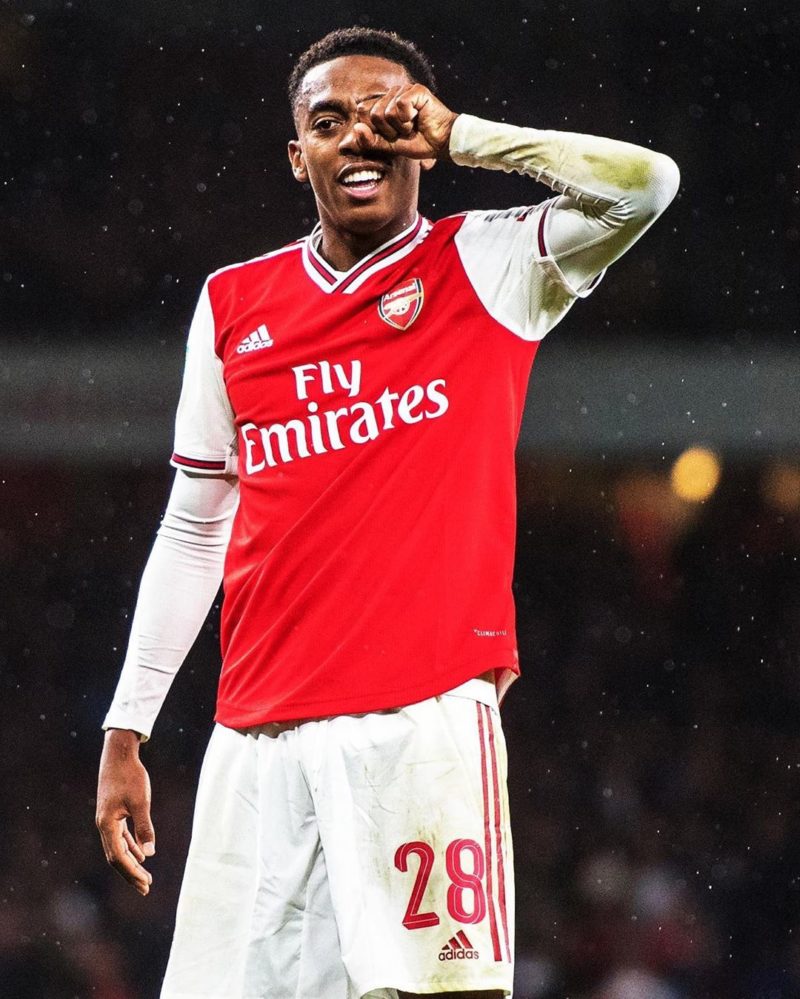 While competition for places in the middle of the park at the Emirates is stiff, with Granit Xhaka a weekly shoo-in and Matteo Guendouzi arguably Arsenal’s best midfielder, every performance Joe Willock puts in for the Gunners has fans purring. Playing alongside good friends Reiss Nelson and Bukayo Saka several times this season, Willock has regularly showcased the type of energy, control and threat he can bring to Arsenal’s midfield. The North Londoner has already bagged three goals in just 10 games and there’s much more to come. 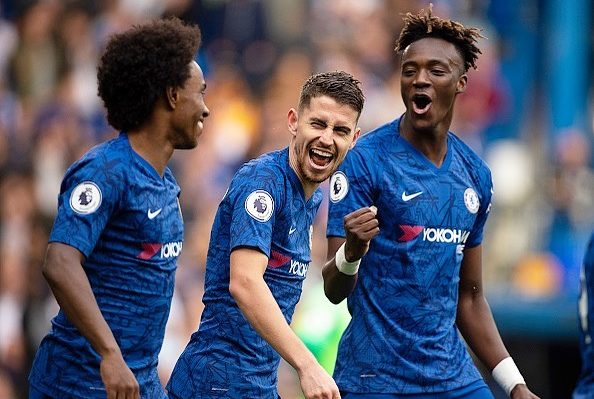 While this shout is stating the obvious, Tammy Abraham has been the best young baller in Europe so far this season. Bagging eight league goals in as many games, Tammy has been a menace to Premier League defences so far this campaign alongside his fellow academy graduates at Stamford Bridge. Bouncing back from a difficult opening week of the season, Tammy now looks set to make his competitive debut for England to cement his status as one of the country’s best players right now, and is a serious contender for the Golden Boot in 2019-20.