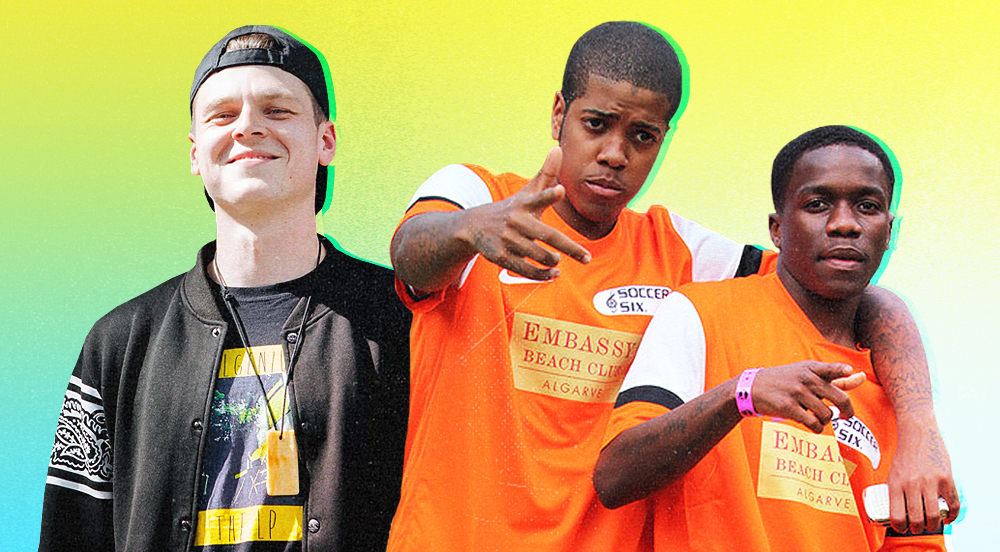 Football and music are two of UK culture’s greatest exports and they’ve always had a close relationship, but we’ve seen that magnified in the last couple of years.

Football-inspired lyrics, replica jerseys in music videos and link-ups between MCs and pro ballers have become everyday examples of this cultural crossover – but what’s slightly more hidden from view is just how tekky some UK artists are with the ball at their feet.

Just like how US rappers want to be hoopers, UK MCs dreamed of becoming pro footballers growing up – and lots of them went pretty close, while some even made it.

We picked out 10 UK MCs and artists who can kick ball at a very serious level. 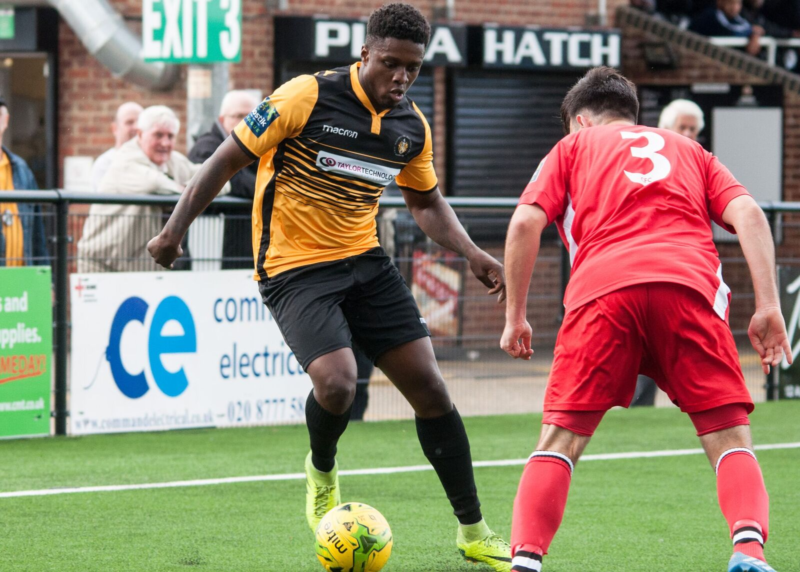 As mentioned within his lyrics, Swarmz “used to kick ball”. The “Lyca” and “Bally” artist was a talented young forward who spent time at Fulham and Charlton as a young player – featuring in the same side as Joe Gomez and Kasey Palmer – before finding himself at Southend United, before dropping to non-league. As a winger who possessed pace, trickery and an eye for goal, he also had a trial with Crystal Palace and was linked with a January transfer to Stoke in 2018 after a successful spell at Cray Wanderers that saw newspapers call him the “Non-League Bolasie”. Swarmz eventually dropped football in order to concentrate on music, where he eventually signed a deal…with a record label, not a Premier League team. 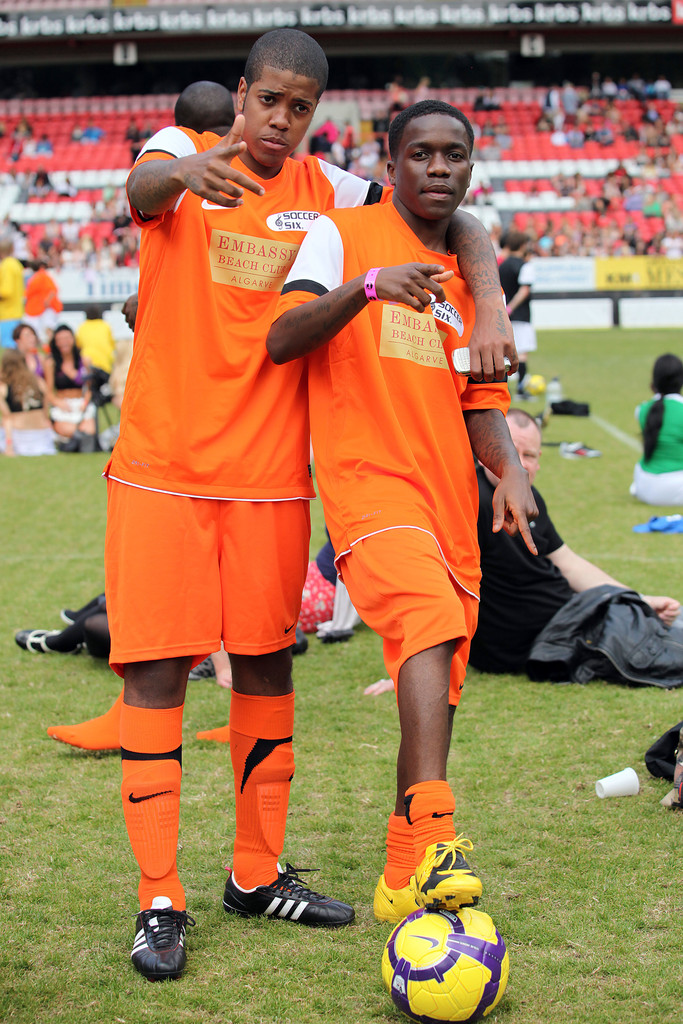 Tracks include: “Stryderman”, “Take Me Back”, “Game Over”
Played for: Wimbledon, Leyton Orient

Before Cloud 9 Strydz was dominating the UK charts, he was dominating full-backs. Known for his slim and short stature, the East London legend was once on the books of Wimbledon and eventually Leyton Orient. Tinchy, a die-hard Man United fan with a surprise love for Glasgow Rangers, was known to be deployed as a striker or second striker due to his eye for goal and good movement. Again, music was also a passion which took off and saw Tinchy become one of the most commercially successful UK rappers back in the late 00s. Stryderman now takes part in charity games to showcase he still has tek. 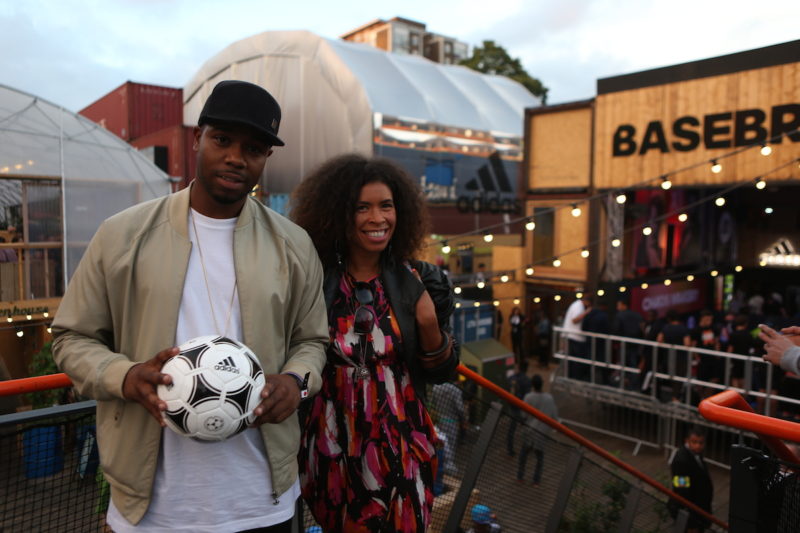 Now known as the founder of Crep Protect, Crepes and Cones and HOME, J2K is established as a certified mogul within the scene. Not only did he used to be a cold MC with Roll Deep, he was also a big boy footballer at one point. Once on the book at Tottenham and Leyton Orient, J2K was a towering centre back who loved a physical battle. Despite playing for Leyton, J2K decided to quit football and pursue music with everything he had. J2K is a man of many talents. 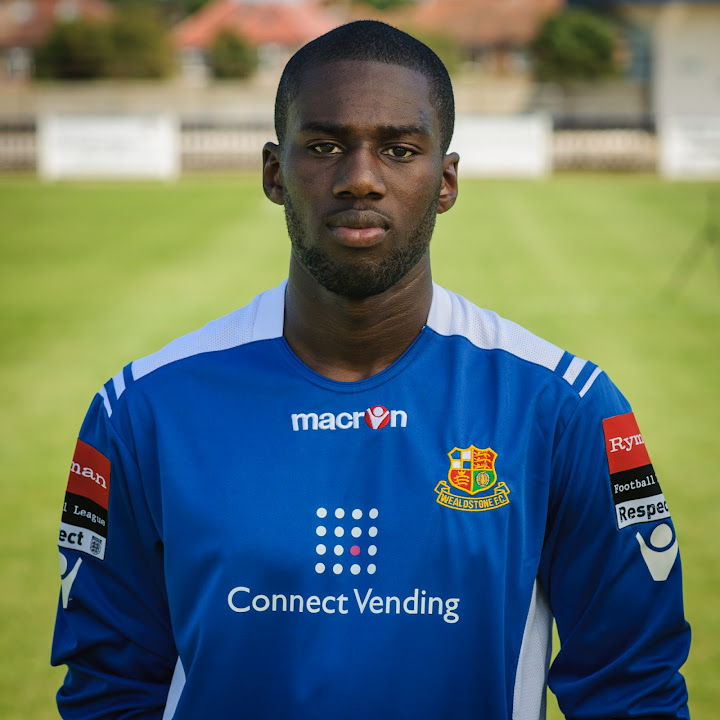 Tracks include: “Disappointing”, “Lost In The Sauce”, “We Don’t Care”
Played for: QPR, Arsenal, Tottenham

Terminator is one of the most high key ballers from the scene. Aged 16, he made his professional debut under Ian Holloway for QPR following a youth career at North London giants Arsenal and Tottenham. His reputation of being a big baller followed him from North to West London, and his early debut led to Terminator – real name Shabazz Baidoo – being touted as the next big thing in football. Despite scoring four goals in 33 games for QPR, Terminator’s love for the game disappeared after various loan moves in semi-pro football – but the streets still remember his ability to ball out. Now, Terminator’s unique flows and hard-hitting subject matters have seen him recognised as one of the most iconic MCs in the scene. 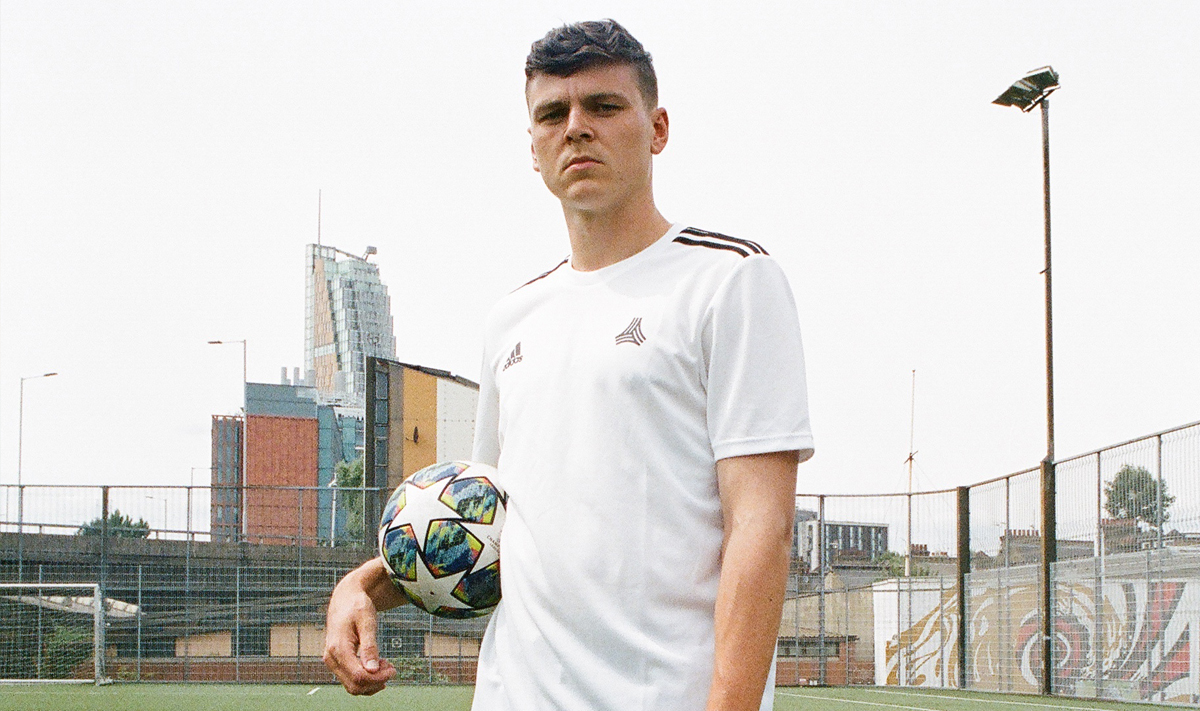 Kamakaze can only be described as a special type of baller. The Leicester-born MC played for his boyhood club as a youth player with the likes of Jeff Schlupp and Liam Moore before he entered the professional game. After joining Luton Town, Kamakaze would make a host of loan moves before joining Dagenham & Redbridge, his current team. An integral part of the Daggers set-up, he is also becoming a key voice in grime, with his banger “Last Night” featuring on the FIFA 20 soundtrack. Kamakaze also holds the unique honour of being the only person to have been featured in EA Sports FIFA as both an in-game player and a soundtrack artist. 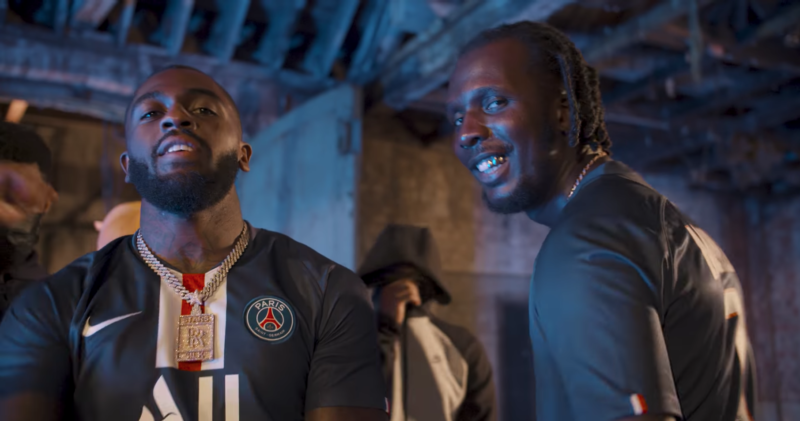 The Birmingham MC is vocal about his career and his ability. In one track he states, “yeah, I could have played Prem footy”, and it’s a pretty valid statement. As a youth player, Stardom had stints with Derby County, Aston Villa and Birmingham. Despite making a name for himself in the ranks, a prison sentence resulted in a halt for his career – but also fuelled his ambition to pursue music. Stardom is still active in the game however, regularly scoring points on opponents in non-league games on a regular basis. 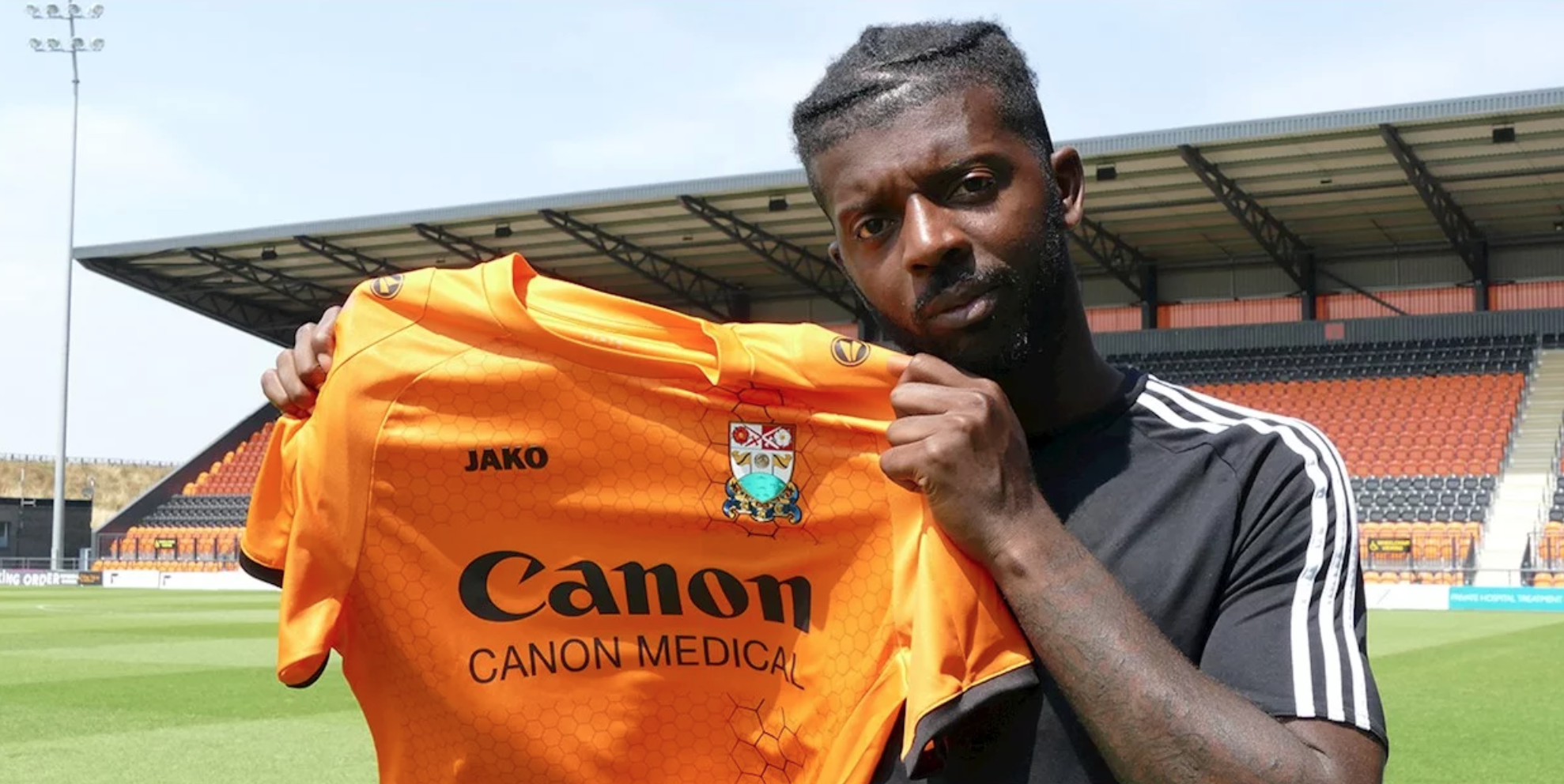 Don EE’s identity was under wraps for a long, long time. It was a known fact that he has played football at a decent level, and rumours suggest the only reason the rapper wore a mask was to make sure his club never caught him making music. After finally taking off the mask last year, the “You Alright Yh?” artist’s identity was revealed as Medy Elito – a baller who has played for a long list of teams including Barnet, Dagenham & Redbridge, Newport County, Colchester and even Dutch Eredivisie side VVV-Venlo. He’s made over 200 appearances in the pro game and even represented England at the U17 World Cup back in 2007. 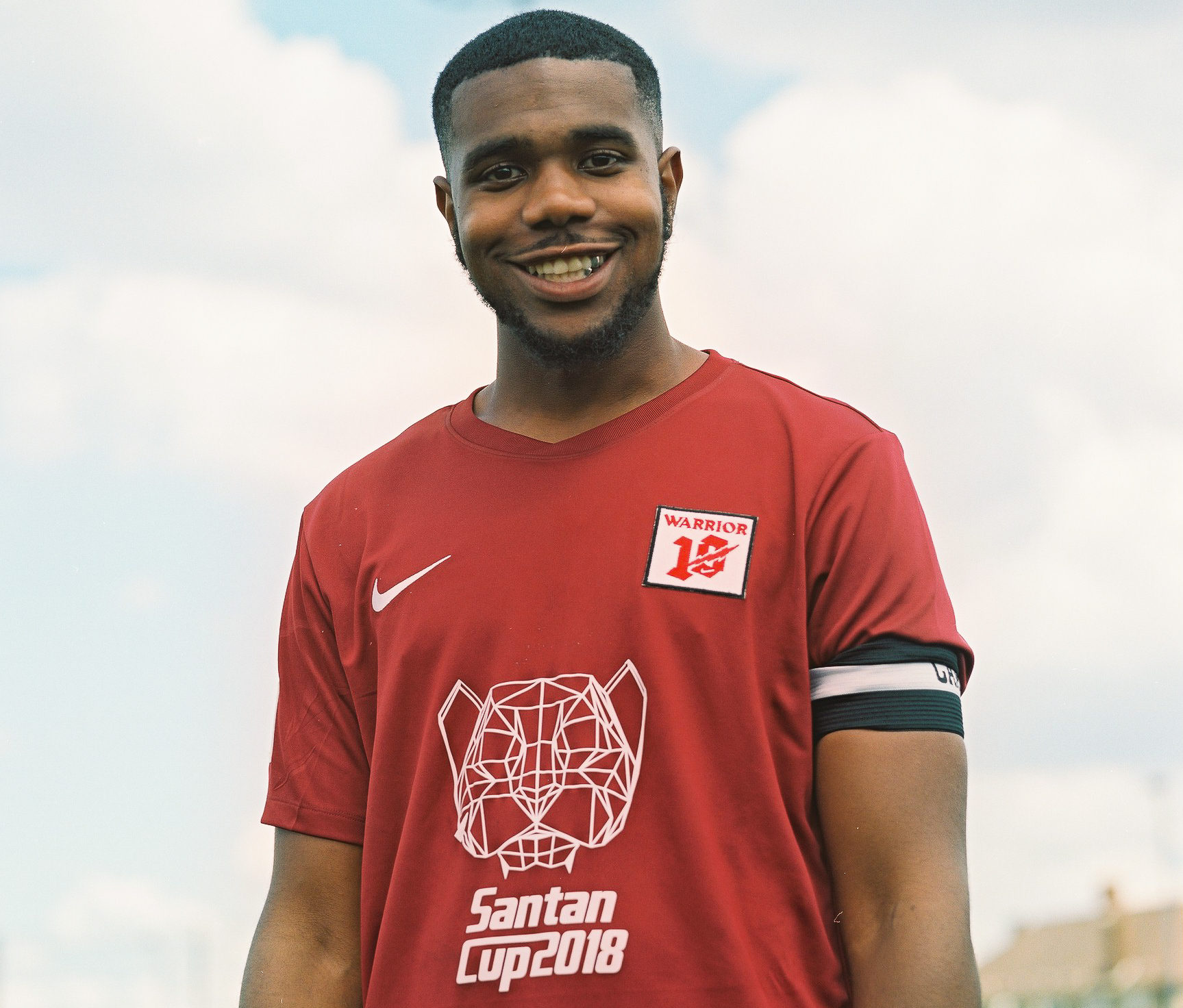 In amongst making radio-friendly hits, Ramz fancies himself as serious baller having grown up playing 5-a-side with people who went pro like Aaron Wan-Bissaka. Having played in Dave’s Santan Cup the last couple of years, Ramz took it to another level in 2019 – going on trial with National League South side Eastbourne Borough, before signing a semi-pro deal with Isthmian League North side Romford FC. 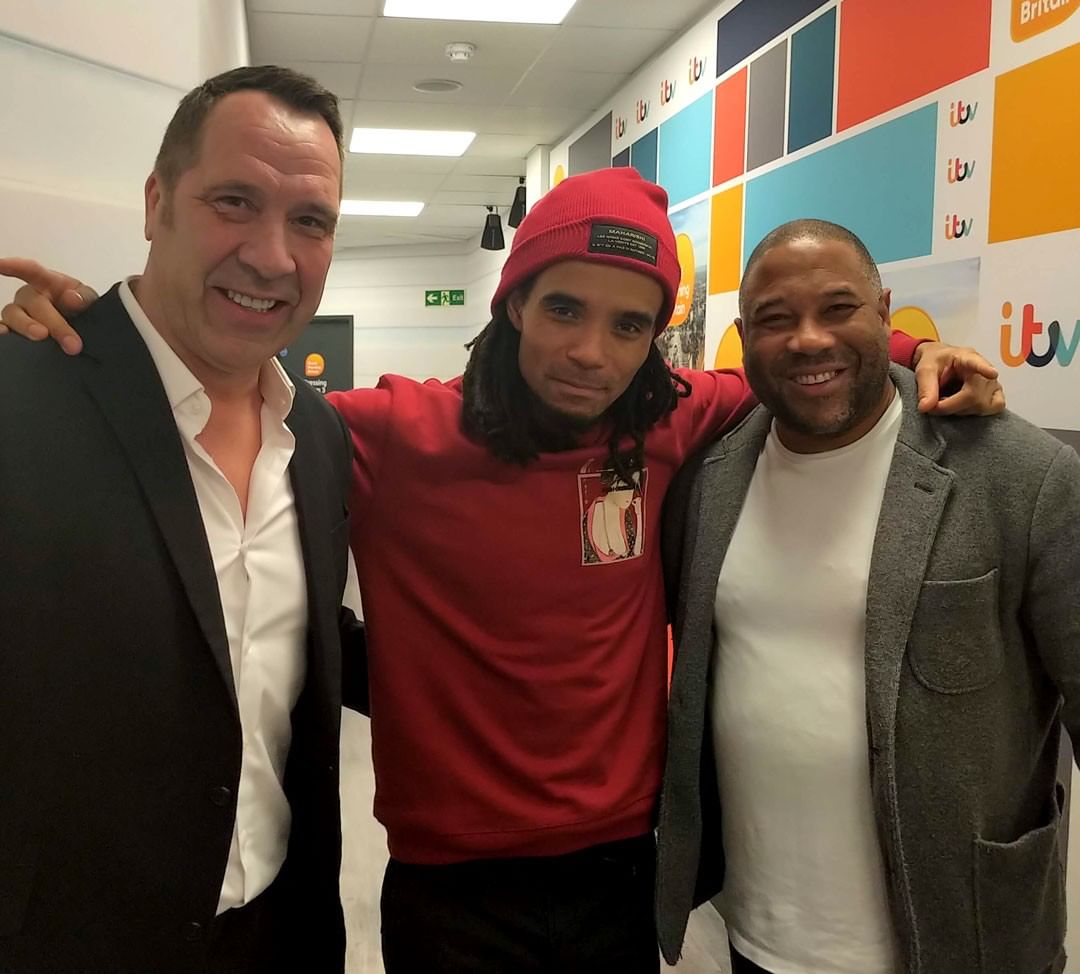 Tracks include: “Shakespeare”, “Carried Away”, “Find No Enemy”
Played for: West Ham, Wimbledon

Now a rapper, poet and activist, Akala used to be a baller back in the day. Before he started experimenting with flows and poetry, the politically-charged polymath was all about being a robust centre back. After realising music was his calling and feeling like football was merely a job, Akala would go on to make powerful and moving music. As a youngster, he was on the books of West Ham before joining Wimbledon and playing in the reserves. Akala played with the likes of Anton Ferdinand, Glen Johnson and Nigel Reo-Coker, and played against include Ray Parlour and Sylvinho. 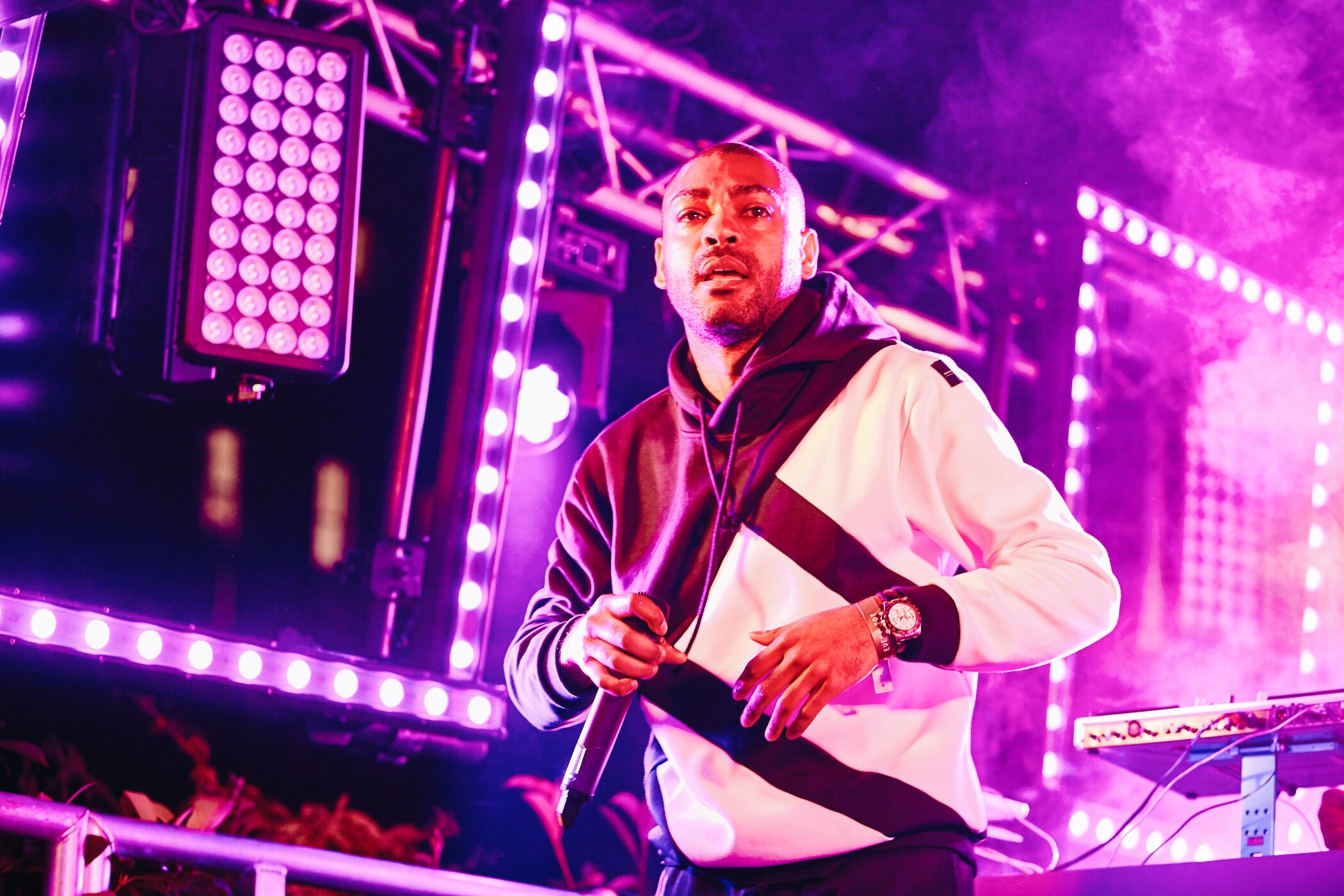 Before putting out a body of work that makes him one of the most important UK rappers of all-time, Kane Robinson was a young baller who had represented Chelsea, Norwich City and West Ham before the age of 13. Despite being a free-scoring forward, Kano says he ultimately lost interest in the sport, becoming “lazy and bored” on the pitch. Soon after, the East London MC found his calling on the mic and the rest is history.