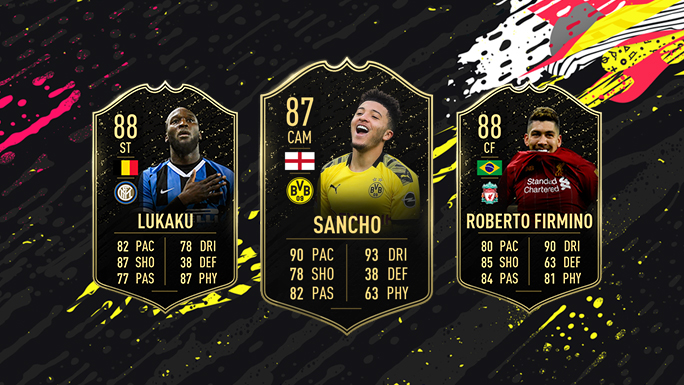 Jadon Sancho has been blessed with a saucy 87-rated CAM card in the latest FIFA Ultimate Team TOTW, which also includes upgrades for the likes of Romelu Lukaku and Roberto Firmino.

There’s some serious attacking power in the TOTW 21, with Sancho getting boosted with 93 dribbling, 90 pace and 82 passing after another typical week of terrorising Bundesliga defenders after becoming the first teenager to bag 25 goals in the division’s history.

Romelu Lukaku bagged his 16th Serie A goal of the season for Inter, which sees the Belgian striker receive 87 physical, 87 shooting and 82 pace stats, while Roberto Firmino’s hat-trick of assists see the Brazilian land a well-rounded 88-rated CF card equipped with 90 dribbling, 85 shooting and 84 passing stats.

Elsewhere, Brentford’s rising baller Saïd Benrahma landed an in-form after his hat-trick heroics for the Bees on the weekend, which sees the Algerian land a cold card with 85 pace, 83 dribbling, 81 passing and 80 shooting. Check out the full TOTW 21 squad below. 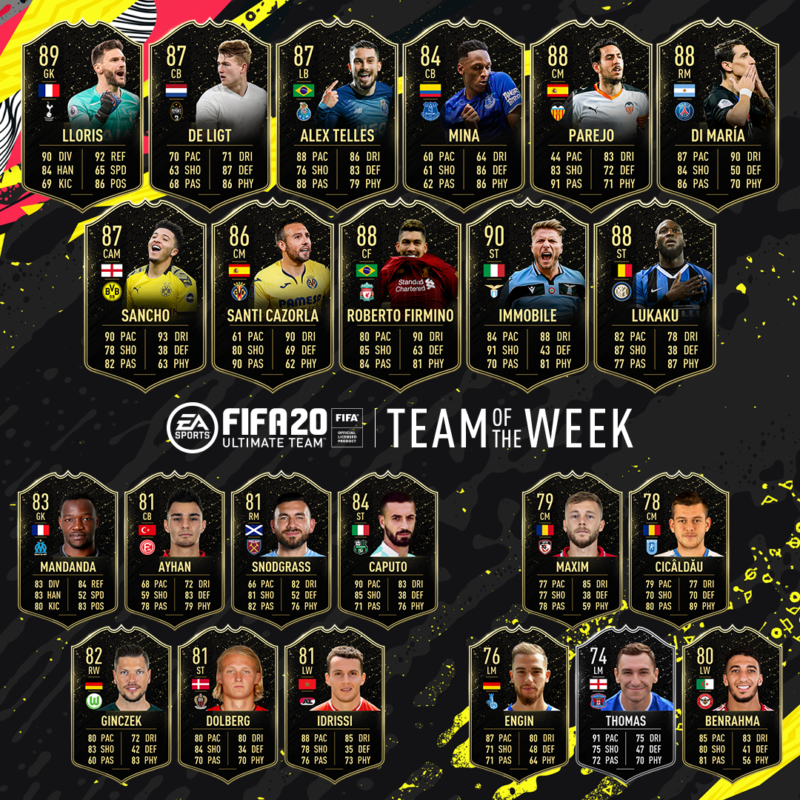