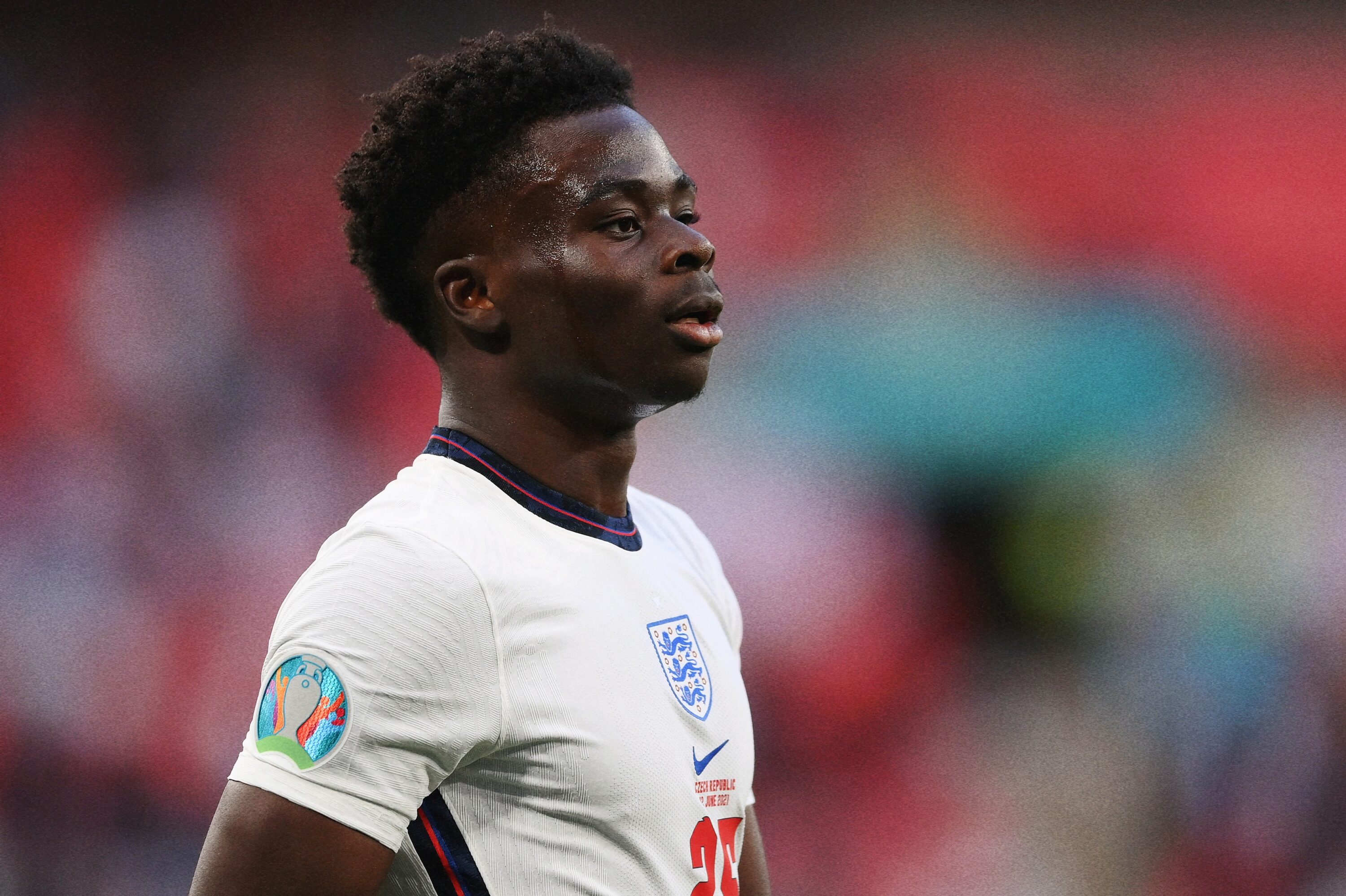 England and Arsenal starboy Bukayo Saka has been nominated for The Freedom of Ealing Borough by Ealing Council leader Peter Mason.

Saka – who took the weight on a nation on his young shoulders in Sunday’s Euro 2020 final shoot-out against Italy – has been described as a “hero” by the councillor following his display of courage.

The 19-year-old enjoyed an incredible debut tournament for England, inspiring millions across the country before being subject to foul racist abuse following his penalty miss.

Councillor Mason said: “Just a few short years ago, Bukayo Saka was playing football on the Brentside Playing Fields and on the pitches at Greenford High.

“Everyone in Ealing shares an incredible sense of pride that one of our own represented England at Wembley on Sunday. His is a remarkable story of talent and achievement that everyone can take hope, inspiration and encouragement from.”

“Neither he nor any of the England squad should be subjected to the intolerant, racist abuse as they have been in the last 48 hours. We don’t boo our heroes. We honour them.

The leader of Ealing Council, Peter Mason, explains why the Arsenal and England winger – who missed the decisive penalty in Sunday's Euro 2020 final shoot-out against Italy – has been nominated for the freedom of the west London borough ? pic.twitter.com/0tmoY24Dvr

“I’m delighted therefore to nominate him to be the youngest ever recipient of the Freedom of the Borough. I hope this will send a clear message that Saka is Ealing’s own, that we are proud of him, and that is one of our heroes.

“The entire England team has been an inspiration, both on and off the pitch, and shown our country how to pull together, not apart, even under the most unimaginable pressure. Saka and his teammates have embodied Ealing’s motto: ‘Progress with Unity’.

“We thank all the squad and the team around them, and look forward to seeing them in action in the run-up to the World Cup next year”